History in the Remaking

A chef? A first lady? An axe murderer? You decide.

Lizzie Borden in the morning and Julia Child in the afternoon. That’s a day in the life of historical reenactor Leslie Goddard, ’91. She gives more than 400 performances around the United States every year—for museums, schools, libraries, civic groups, and women’s and book clubs—based on her 20 one-woman plays of mostly mid-20th-century luminaries. They range from the famous (Eleanor Roosevelt) and the well known (environmentalist Rachel Carson) to the obscure (1950s Tupperware marketing wizard Brownie Wise).

“I try not to have more than 10 in my current repertoire, because there are only so many people who can live in my brain at any given time,” says Goddard, who majored in English and drama at Stanford and then earned a PhD focused on U.S. and women’s history from Northwestern.

Her personal heroine, Amelia Earhart, flies high as her most requested character. “When you explore her life, she lives up to her legend,” says Goddard, who lives in Darien, Ill. Onstage as the aviatrix, she wears WWII Army jodhpurs, a leather helmet, and lace-up boots from Target. 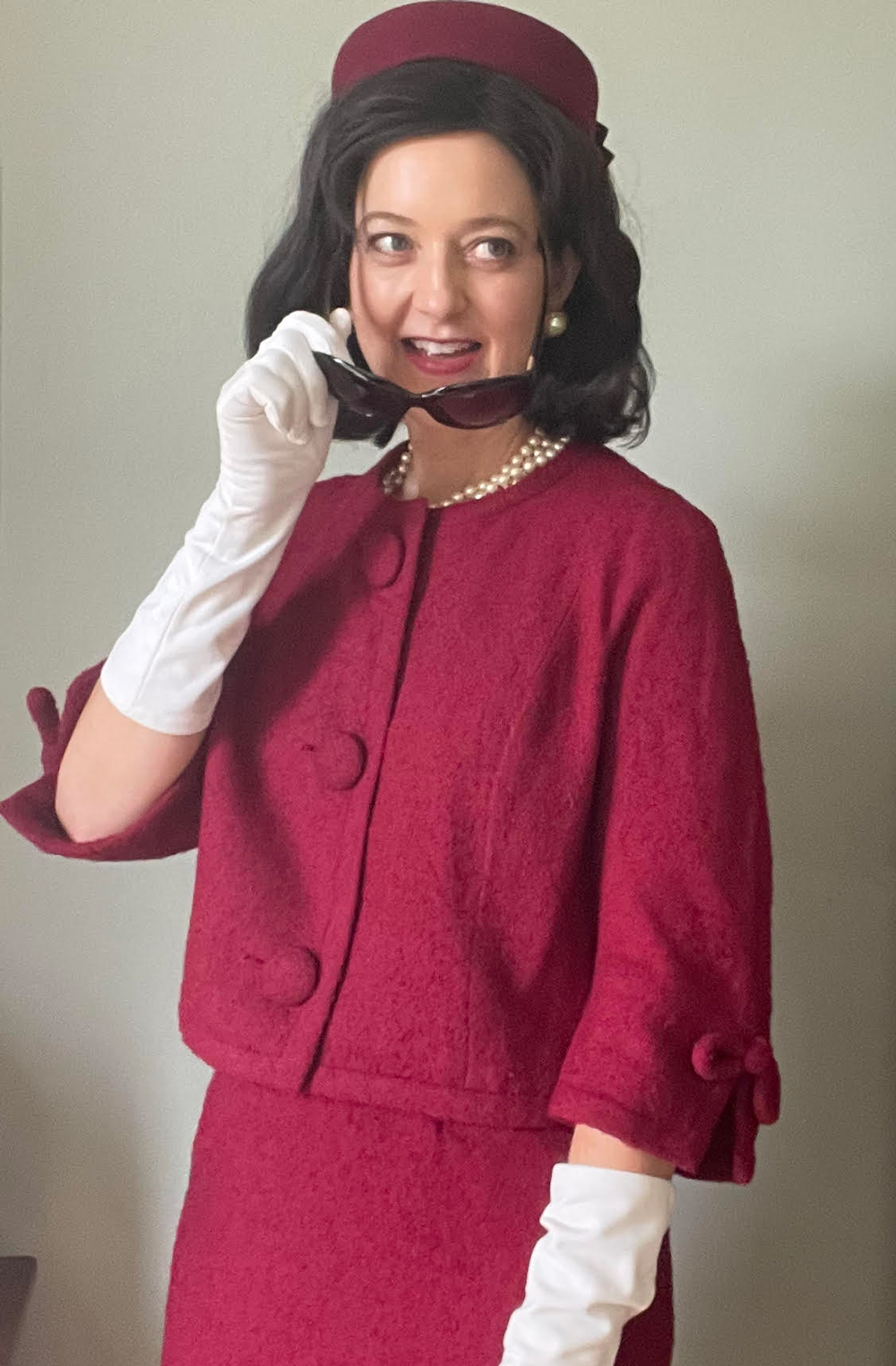 For her other perennial audience favorite, Jackie Kennedy, she dons a red 1960s suit with fabric-covered buttons and a matching pillbox hat. “Jackie was much more intelligent than people remember,” says Goddard. “She’s underappreciated.”

Goddard has 30 other characters she’d like to research and present, including Coco Chanel, Audrey Hepburn, and fashion designer Lilly Pulitzer. She recently shelved a favorite—silent-film star Mary Pickford—due to dwindling audience interest. “It’s so hard to give up any character. They’re like my babies,” she says.

New for 2023 will be a composite character—Betty, a 1960s Pan Am Stewardess. “Those women went through sexist things that are so alien to us today,” says Goddard. “But if you talk to women who were stewardesses, today’s opportunities for women didn’t exist, and they wanted to travel the world. I’m so inspired by them.”