A Philanthropist at Heart 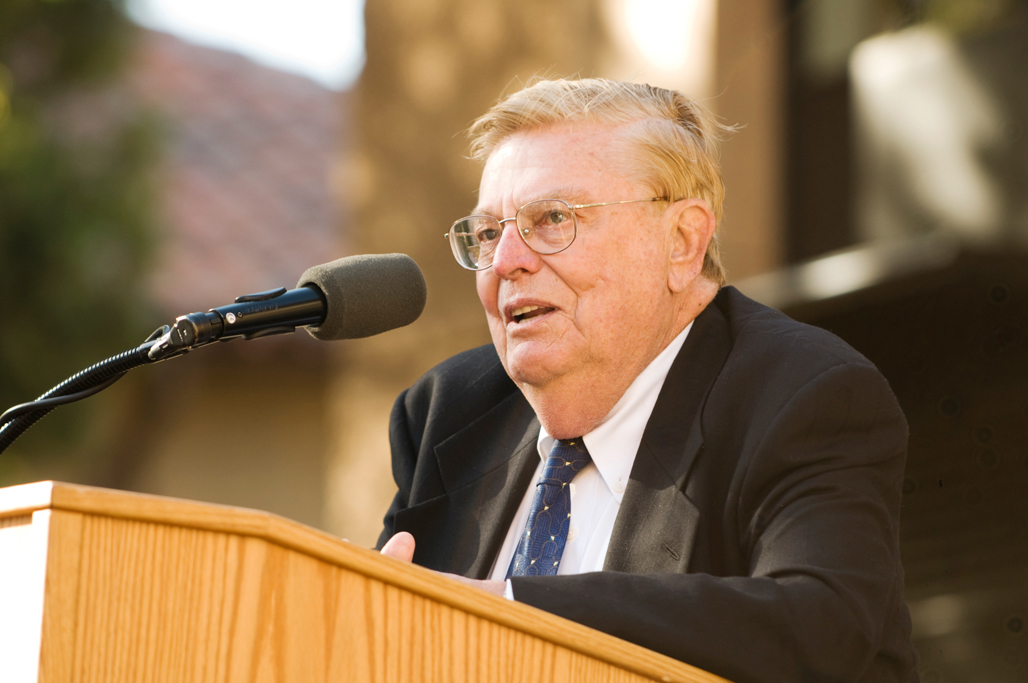 Lokey, a colossal success by any measure, never forgot the lessons he learned as a child of the Depression. Even in lean years, his parents set aside about 8 percent of their income for charity. Lokey would go on to echo their example many times over.

He lived modestly—flying coach, buying suits on sale—and reveled in giving money away. “What a good feeling this gives me. I would have it this way any day before wanting a jet plane or yacht,” Lokey wrote when he joined the Giving Pledge in 2010, committing to donate the majority of his fortune to charitable causes.

Lokey, ’49, founder of the press release distribution service Business Wire, died on October 1 in Atherton, Calif. He was 95.

A onetime editor of the Stanford Daily, Lokey launched Business Wire in 1961. In 2006, he sold the company to Berkshire Hathaway.

Over the course of his life, Lokey donated upwards of $800 million, more than 90 percent of his wealth. At Stanford, his philanthropy extends from endowed chairs and scholarships to the Stanford Daily Building and a leading-edge stem cell research facility.

Lokey’s support of emerging researchers at the Stanford Center for Definitive and Curative Medicine “led to clinical trials of groundbreaking new therapies for children with devastating diseases,” says Lloyd Minor, dean of the School of Medicine. “I recall fondly Lorry’s face lighting up each time he learned about the impact these trials had on children and families.”

“He was just really brilliant about the way that he gave his money away,” says daughter Miriam Khalsa. “He would connect people working on the same types of projects so that they could collaborate. He went beyond just writing the check. His heart was quite into it, and he got as much out of it, I think, as people who received it.”

Classics professor Richard Saller, a former dean of the School of Humanities and Sciences, notes Lokey’s feisty wit. “I congratulated him and thanked him on the story that he was the 13th most generous philanthropist in the country the prior year, and he sharply corrected me that he was the 12th,” he says. “He smiled when he said that.”

In addition to Miriam, Lokey is survived by daughters Ann and Basya, and multiple grandchildren and great-grandchildren, including Gurushabd Khalsa, ’09, MS ’10.

Christine Foster is a writer in Connecticut. Email her at  stanford.magazine@stanford.edu.

Giving back can be meaningful for your community and for you.

I have plenty of tattoos. You just can’t see them.