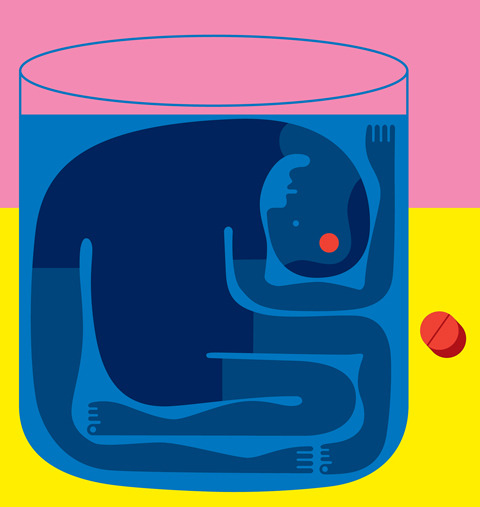 For some in the grip of depression, drugs like Zoloft and Lexapro can be godsends that restore normality to reeling lives. But for others, such drugs fail to help at all, a fact that often becomes apparent only after frustrating trial and error.

“For some people this process can take years,” says Leanne Williams, a professor of psychiatry and behavioral sciences at the School of Medicine. “As a result, depression is now the leading cause of disability.”

But Williams and her colleagues are working on a way to predict who will benefit from the drugs, freeing those who probably won’t to pursue alternatives like psychotherapy. In a study, the team used brain scans and personal history to gauge with 80 percent accuracy whether antidepressants would help. The research builds on previous findings that have connected depression with early life trauma and with activity in the amygdala, a set of neurons that Williams calls the emotional radar of the brain.

Williams’s team set out to see if both factors could be used to predict the efficacy of the drugs. First, 80 participants—each suffering depression—viewed happy and fearful faces while lying in an MRI machine, which measured the responses of their amygdalas. Then patients filled out a 19-item survey gauging childhood exposure to trauma, including abuse, neglect and death, before each began an eight-week course of a common antidepressant.

Early stresses can alter the amygdala. A child abused by a caregiver, for example, may become intently attuned to his or her abuser’s moods, which in turn causes the amygdala to become hypersensitive. Later in life, this can lead to the loss of the ability to respond to positive emotion.

The experiments showed that patients who had endured high levels of childhood stress were more likely to recover using antidepressants if their amygdala remained reactive to the happy faces. “For those patients who have lost this capacity, putting them down an antidepressant path is likely to cause more heartache,” Williams says.

The study also suggested a secondary benefit. Patients felt empowered to have a concrete framework for understanding their situation, one that countered fears that they were to blame for not recovering. “It takes away that feeling that ‘this is my fault’ or ‘I’m not trying hard enough,’” Williams says.

It wasn’t that long ago, she says, that doctors had very little understanding of ailments like cardiovascular disease. She’s hopeful that advances in neuroscience will allow doctors to gain the insight on depression that they have on other chronic diseases. In the clinic of the future, she envisions doctors asking about childhood trauma and ordering a five-minute brain scan, the way a suspected broken bone would be x-rayed. “It’s already done for so many other things—a broken leg, a heart problem, a potential tumor.”

Money Does Grow on Trees

Inside the Business School's ambitious venture to lift people out of poverty.