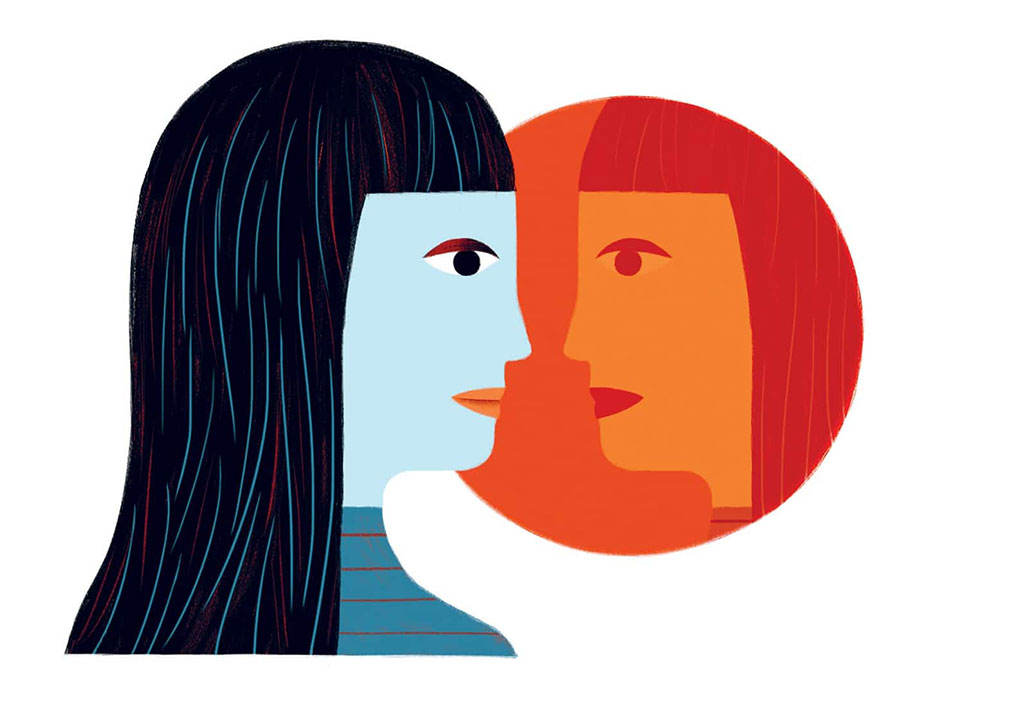 A Japanese friend of mine once told me: “When I first met you, I thought you were very Japanese. But then I saw you eating a huge dessert. I asked for a bite, and it was so sweet. But you didn’t seem to notice—you ate the whole thing! I remember thinking, Waka is definitely not Japanese.”

While my sweet tooth is no secret, her comments rankled me. My whole life, I’ve been questioned: How Japanese are you?

I was raised in Kansas, and my parents were adamant I learn Japanese. At one point, my mother noticed I’d look to my older sister to translate what she was saying. As a result, my parents sent me to Japan for five months to live with my grandmother.

Enrolled in the sixth grade at a local public school, I quickly went from being a high-achieving student in the United States to a barely literate one in Japan. As part of my language arts class, the teacher asked each student to read aloud . . . except for me. The others viewed that as special treatment and teased me mercilessly. I worked with the teacher over recess to bring my Japanese up to speed. Occasionally, my classmates would listen in and mock my accent. Those cultural drill sergeants zeroed in on every faux pas. But by the end of my stay, I was embarrassing myself much less often than before. To survive, I essentially became Japanese.

Mission accomplished, I returned to Kansas. I wouldn’t step foot in Japan again until my mid-20s, as part of an exchange program sponsored by the Japanese government. Aware that my very Japanese name could cause confusion, my supervisor had my han (an official signature stamp) printed in katakana—syllabary used mainly for non-Japanese words/names. While my head understood his reasoning, my heart hurt at seeing my name written as if it were foreign. I was often advised to make it clear I was “not Japanese” to “avoid misunderstandings.” There were misunderstandings anyway.

And then last year, I visited Japan again, when my husband, our three sons and I vacationed there en route to my younger brother’s wedding reception in Taiwan. It was with much trepidation that I planned our trip. Would my children be analyzed like I was?

Turns out there’s no room for cultural hang-ups when you’re dealing with three jet-lagged boys, five carry-ons and two large check-in duffels, plus a stroller for our 4-year-old, who would suddenly decide he didn’t want to walk anymore during the worst snowstorms Tokyo had experienced in 45 years. While my sons were initially a source of concern, I needn’t have worried. Their bright Minion and pumpkin knitted caps and enthusiasm for their Japanese adventure invited not consternation but warm smiles. Through the acceptance of my children, I felt an acceptance that I hadn’t before.

At one point, I observed my relatives watching my middle son shovel a Japanese-style lunch into his mouth with gusto. I tensed for the inevitable analysis. My son then said (mouth still full), “Motto kudasai” (“More, please”). Rather than being appalled at his table manners, my cousin laughed and proclaimed, “Very Japanese.”

Waka Takahashi Brown is a Curriculum Specialist for the Stanford Program on International and Cross-Cultural Education (SPICE).

When you ditch your old devices, does it really matter which bin you use?