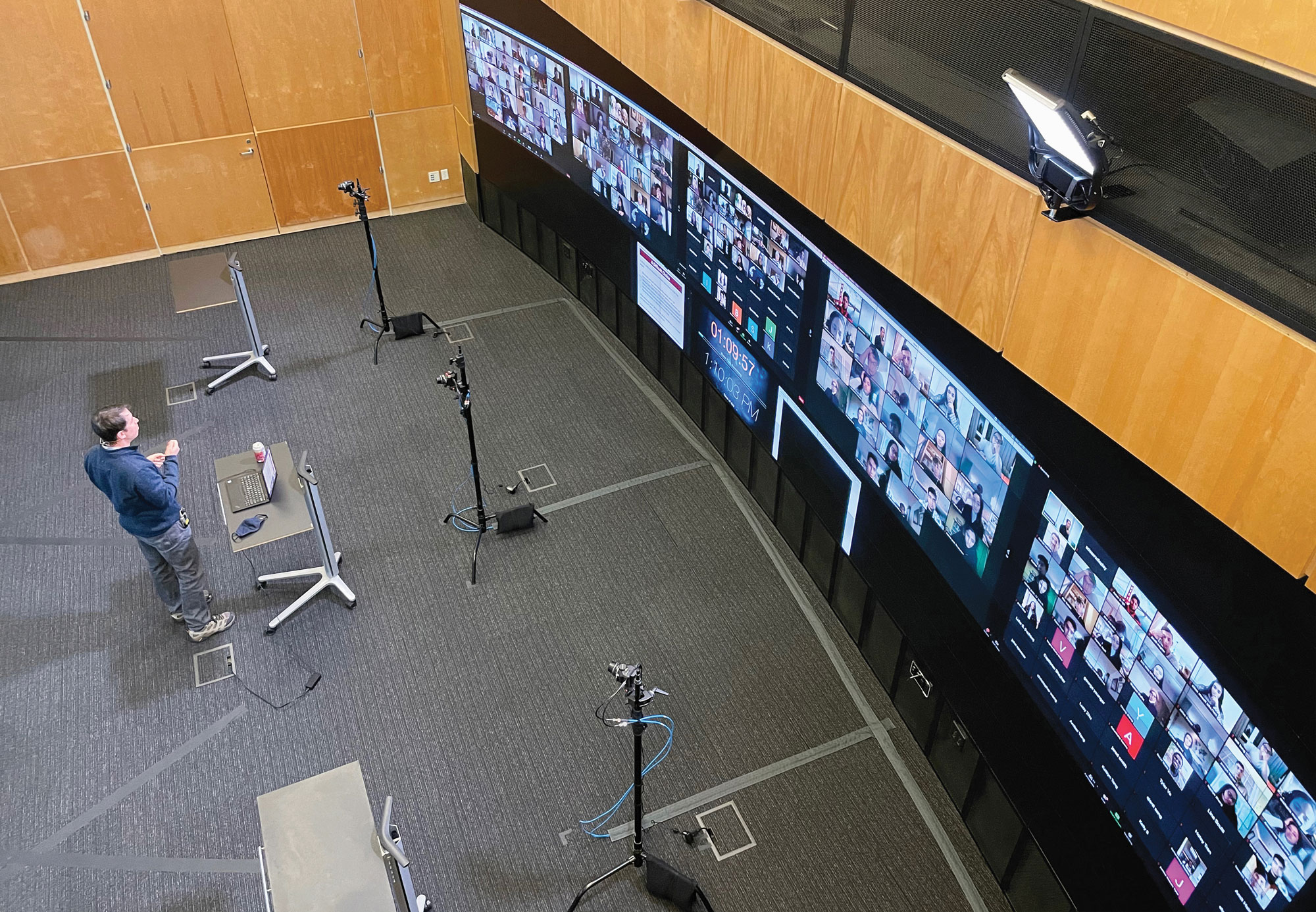 CS 182 enrolls up to 250 students, and in a remote setting, the professors—computer scientist Mehran Sahami, ’92, MS ’93, PhD ’99, and political scientists Rob Reich, MA ’98, PhD ’98, and Jeremy Weinstein (pictured)—just weren’t feeling it. So they asked director of classroom innovation Bob Smith, MS ’82, to help. Smith set the instructors up at a 32-foot by 8-foot “videowall” in Wallenberg Hall and divided the students in Ethics, Public Policy and Technological Change into three simultaneous Zoom sessions. About once a week, students find themselves in the empaneled group, which means instructors can converse with and call on them. TAs post real-time questions from students to the videowall, facilitate breakout rooms and polls, and toggle video feeds from five different angles so that instructors can move around, students can see multiple presenters, and everyone gets a break from straight-on talking heads. Now that’s one zippy Zoom.