The Poet of 'The El' 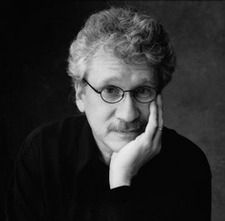 Poet Reginald Gibbons often writes about "the soul of Chicago," and his favorite method of research is to jump aboard one of the city's ubiquitous elevated trains ("The El") and spend an hour clattering around the Loop in search of inspiring street scenes. During nearly 30 years of teaching at Northwestern, Gibbons says he has been sustained by the driving energy to be found everywhere in the Windy City.

Responding to the poet's devotion, the Chicago Tribune last year named Gibbons "Chicagoan of the Year for Literature." While lavishly praising his urban lyricism, the Trib quoted from one of Gibbons's poems, "Train Above Pedestrians," in which The El shrieks across a cityscape "lit by explosions of sparks/ that hurt no one."

Gibbons, 63, has written eight volumes of poetry, including 2008's Creatures of a Day, which was a finalist for the National Book Award, and written, edited or translated many others.

He grew up in Houston—"My father was a conventional man, a low-dollar salesman"—but escaped from the "narrowness and provincialism" of 1950s Texas by winning a scholarship to Princeton. He majored in Spanish and dreamed of writing poetry. That dream became reality in Palo Alto in the early 1970s, as Gibbons worked on a master's in English and creative writing and then stuck around for three more years to earn a doctorate in comparative literature.

At Stanford, he says, his passion for both poetry and the "texture of landscapes" was kindled into white-hot flame. "I'd never been to California, and I quickly fell in love with the landscape. I was living in College Terrace, and there were many olive trees growing beside the road. I remember standing on the roof of my car and picking all these olives so I could cure them. . . . I got into bird-watching and hiked Black Mountain. It was wonderful to be 22 and writing poems about all that."

After landing at Northwestern, Gibbons would spend the next 16 years teaching and editing the literary journal TriQuarterly. A frequent translator of Spanish, Portuguese and Greek poetry, he also directs the university's Center for the Writing Arts.

Married to children's author Cornelia Maude Spelman, Gibbons says he has no plans to retire from teaching—or change his Chicago routines—anytime soon. "I've probably taken thousands of rides on The El over the years," he says. "It's where I do my best research!"

TOM NUGENT is a writer based in Michigan.

A former police chief and a former White House drug policy adviser weed out the arguments on Prop 19.