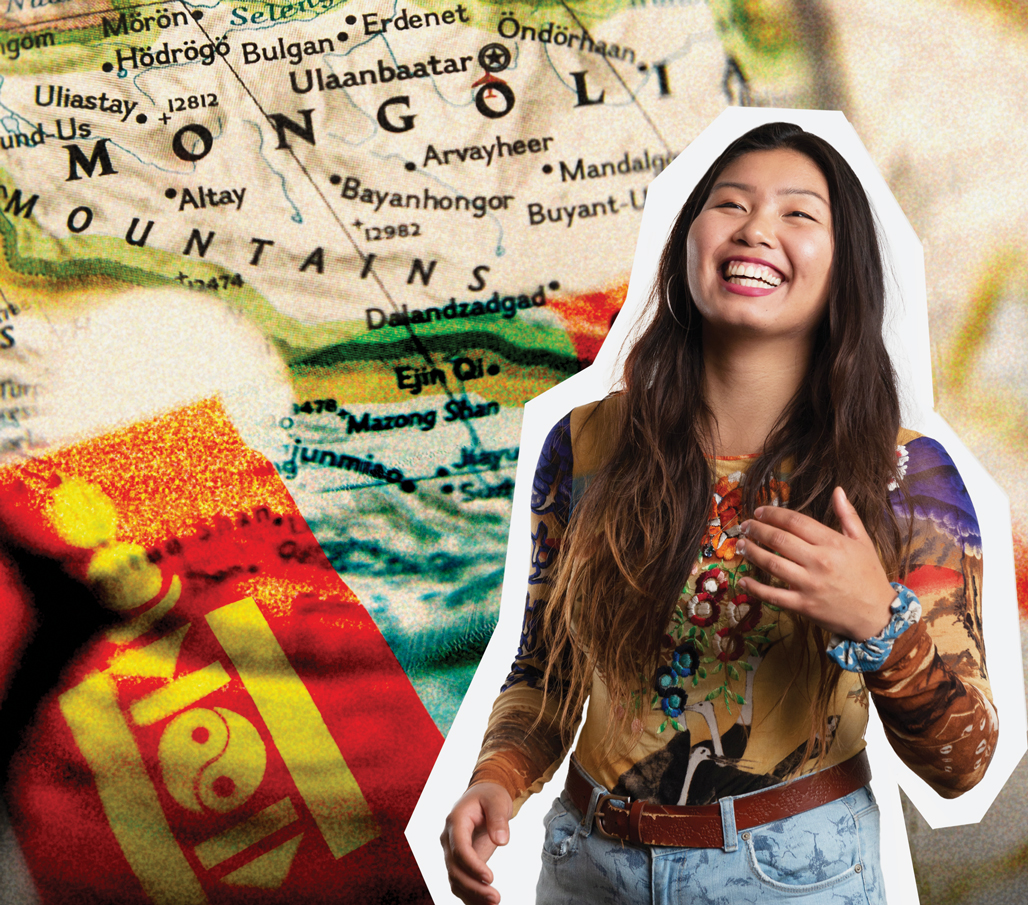 I found out about it in an alleyway in Barcelona. Océane, my best friend from home and co-backpacker, had the tact to pull me aside and give me the rundown before we stepped into the apartment of her cousin’s French friends. The bar district around us was starting to come alive now that it approached 11 p.m., and I’d just mustered up the resolve to force my high school French on everyone at this party—no English!—when Océane turned to me, looking apologetic.

“OK, so I really hate that I have to tell you this, because it’s horrible, and I wish it weren’t a thing. But just so you’re aware, for introductions and stuff, the word for ‘Mongolian’ in French, mongolien—” Océane paused for a second, pondering how to frame the next bit. She settled on directness.

“It’s used like the word ‘retarded’ in English.” She looked at me closely to gauge my reaction.

As Océane and I hurried up the winding staircase of the eclectic, graffiti-covered apartment building, I made a mental note to tweak my rehearsed greeting, introducing myself with je viens du pays de Mongolie—“I come from the country of Mongolia”—instead of je suis mongolienne.

Instead of “Every person in my family who I know and love is mongolien, and it’s part of everything I do, from how I look at the sky to how I laugh to how I froze in class in seventh grade when my history teacher said ‘Mongols don’t exist anymore’ and called my ancestors barbarians. Mongolien is the language of my early youth and my best love language. And the fact that I’m mongolienne is probably the most important, most special, most pertinent thing about me, after my God-given name.”

Well, I’d definitely need a dictionary to say this in French, anyway.

The party ended up being a lovely time. Lots of dancing and sangria and Spanish-French mélanges. Everyone graciously pretended not to notice my rusty grammar by assuring me I had a French accent très fort. Océane and I were nearing the end of our time in Barcelona, our second-to-last destination, and we were already nostalgic for the moment she ran to hug me at 2 a.m. in Amsterdam, my body still half in the taxi.

But in our final days in Barcelona, the splendor of the trip didn’t stop me from returning to that moment in the alleyway and meditating on the meaning of mongolien. On how I was, in the end, unshakably “other,” at least in these spaces. After asking Spanish speakers I knew from back home, I found that multiple Spanish dialects also attach a derogatory meaning to mongolito and mongólico. Later, I discovered that this double meaning may extend beyond the Romance language family—and that it actually started in 1860s England.

Growing up in College Station, Texas, although I often had to explain the modern-day existence of my people and country, I got to decide which words to use.

Turns out, the term “mongolism” first rose to popularity in medical circles when John Langdon Down began categorizing patients as “Mongolian idiots” and suggested that their condition, now known as Down syndrome, was somehow related to ethnic appearance. A hundred years after Down’s Observations on an Ethnic Classification of Idiots, the Mongolian delegation requested to the World Health Organization that “mongol” be dropped from official medical use.

Yet the doctor’s coinage of the word lives on, and in many iterations, continuing to equate an ignorant pejorative that directly harms those with Down syndrome with a word that has existed in my language for at least a millennium.

My dad had explained a slice of this history to me when I was little, but luckily for me, the United States doesn’t quite remember this double meaning of “Mongolian.” Growing up in College Station, Texas, although I often had to explain the modern-day existence of my people and country, I got to decide which words to use. I got to decide exactly how to clap back when a high school classmate told me that Mongolians living in China have their own academic standards because they’re that much dumber.

On our last day in Spain, I walked from calle to calle reflecting on the act of tiptoeing around my identity-encompassed-in-a-word. One thing was for certain: The thought of performing verbal acrobatics to describe simple yet essential parts of my culture made bile rise up in my throat. I’d much rather explain how the Mongol Empire is far removed from the day-to-day reality of my family, or how my country isn’t a subsidiary of China, in the language I want, with all the syllables I can grasp—without having to avoid referencing the racist historical belief that too-wide, “Mongolian” faces are somehow indicators of an intellectual disability.

But I felt, and still feel, especially frustrated when I think about how it’s not just me inhabiting this flawed connotation in this current space and time. It’s all the other Mongolians out there—in Mongolia, in China, in the States, in Europe. I think of my family, most of whom live in Ulaanbaatar, a city rapidly becoming unlivable from pollution. I think of my aunt in Germany, who cleans houses in the spare time she has outside of her daily job in a grocery store, sending money back home when she can. It saddens me to imagine her, and everyone else, under this extra burden.

As Océane and I navigated a series of connecting trains from Barcelona to Paris, the final destination of our voyage, I held the door open for a man and his young son. He gave me a quick merci and then proceeded to speak to his child in rapid-fire Mongolian. Startled, I asked him in Mongolian if he was Mongolian—which may be the most redundant question ever asked in the history of that language—and then left Océane to go sit with him and his son for a bit. They had come to France a year before. He was a single dad and still learning the language and culture, and finding work was hard. But he was enjoying the many adventures he was having with his 6-year-old son, Tergel. “France is expensive, but it’s a good place with good air,” he said to me in a conspiratorial tone. I nodded, though technically I’d only been breathing French air for the two hours since we crossed into Perpignan.

“You know, Tergel picked up French so fast that I’m not sure he’s going to retain Mongolian when he’s older.” He motioned toward his son, who was drifting off to sleep as he lay draped over his father’s lap.

I hesitated, tongue bursting with questions to ask my new friend, a genuine Mongolian-living-in-Europe. How he refers to his nationality here; how his child, who is the same age I was when my family immigrated to the States, will grow up in a space where the name for his identity is both an insult with roots in medically sanctioned racism and a harmful concept referencing Down syndrome in an offensive way.

Before I could do so, my friend put his finger to his lips, taking up his role as my elder—minii akh, in Mongolian—for the moment. “Shh, minii duu, I’m going to let Tergel get some rest now.”

I went back to Océane. We finished out the rest of our adventure in Paris with a bang, picnicking at the Jardin du Luxembourg and dancing to stillness in front of the Eiffel Tower, while the image of those two—father and son, mongolien and mongolien—remained ingrained in my mind.

Yanichka Ariunbold, ’21, is a computer science major. She enjoys trekking around campus in the increasingly tattered Nike Air Maxes she scored from a German flea market on her trip last summer. Email her at yanichka@stanford.edu.

How Alaskans Are Adapting to the Death of the Yellow Cedars

And what we all can learn from it.