Smoke gets in your eyes.

And in your nose, throat and lungs. As wildfires continued to consume huge swaths of land last week and the West Coast logged some of the highest Air Quality Index numbers on the planet, experts weighed in on the effects of wildfire smoke on health. Even two or three days of exposure to unhealthy air due to wildfire smoke increases the risk of heart attack and stroke in people over 65, says Kari Nadeau, director of Stanford’s Sean N. Parker Center for Allergy and Asthma Research. “The smoke from wildfires goes through the lungs and the airways and can be absorbed into the blood. There are over 400 toxins associated with wildfire smoke, which have a multitude of bad effects on the body.” For children, the danger may be compounded by the fact that children breathe faster, taking in more toxins relative to their body mass. “Infant respiration may be double or triple adults,” David Cornfield, chief of pulmonary, asthma, and sleep medicine at Stanford Children’s Health, told the New York Times.

As for your obsession with hitting refresh on the air quality map, “Obviously, there’s a threshold, right? Like checking PurpleAir 20 times a day, that’s not helpful,” Adrienne Heinz, a School of Medicine research psychologist who studies PTSD and the effects of disasters, told Wired. “But anything that can put [data] in the hands of consumers and citizens helps us all come together to make more informed decisions.”

Inside the NBA’s most expensive experiment.

Meet the man behind the 1,500-person NBA bubble, an unprecedented epidemiological experiment that has kept the league’s players COVID-free since the season resumed in late July. Leroy Sims, ’01, MS ’02, MD ’07, NBA vice president and events medical director, oversees the enforcement of a 113-page medical protocol, which includes rules on everything from how bubble denizens will be tested (daily, with three shallow throat swabs and two up the nose) to whether they can reuse a deck of cards (no). The NBA’s success, while it came at a spectacular cost, has implications that go beyond basketball. “What Leroy and his NBA colleagues have done proves that if you do take appropriate precautions, we can defeat this virus. Not flatten the curve but basically bring the curve to zero, which is really what they did,” says professor of medicine Dean Winslow, an infectious-disease specialist and NBA consultant.

If this doesn’t make you smile, we don’t know what will. 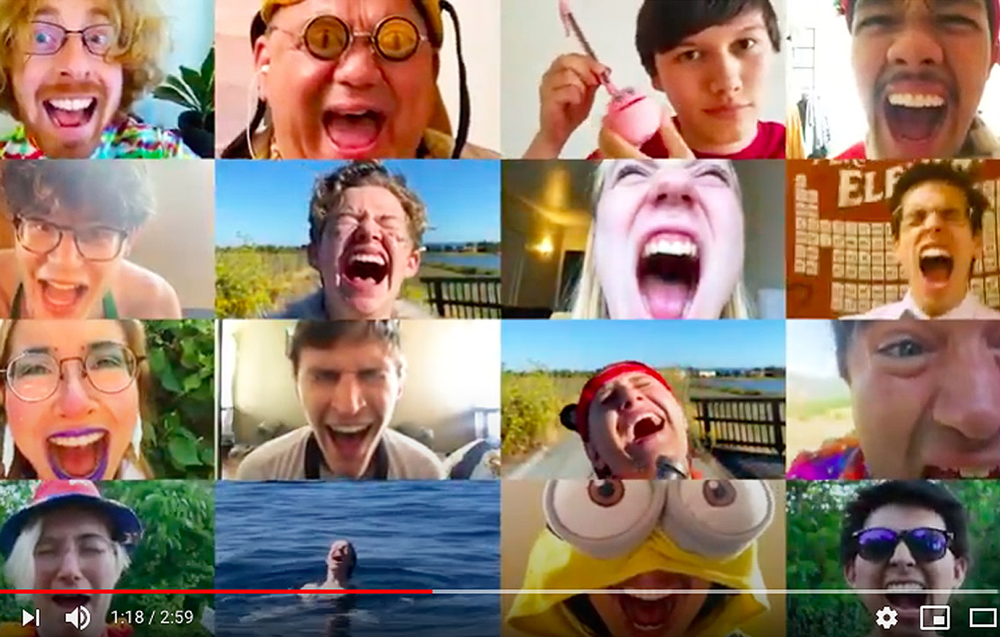 Neither heat nor smoke nor a global pandemic keeps the LSJUMB down. If you need a three-minute cheering-up break, watch what happens when the drum major wakes up late for an important meeting with the Band. “Bold, brave, resilient, and unstoppable” is a theme this year; that’s how dean of admissions Richard Shaw described this year’s new students, who were welcomed by Stanford president Marc Tessier-Lavigne and others in a virtual convocation ceremony. Fall quarter began on September 14.

From the desk of the strangest back-to-school season ever.

As students across the country begin the school year, STANFORD magazine is asking educators in California, Arizona, Texas and New York about tech challenges, mask mandates and what it’s like to work in education right now. “I can Loom you, I can Zoom you, I can Flipgrid and Screencastify and NoRedInk you—you name it, I’m trying it,” says Molly Pont-Brown, ’94, who teaches fourth grade in Scottsdale, Ariz. Read the latest dispatch.

This is both a moment and the movement.

“Social change can seem sudden, as if millions awoke one day to the same realization. But really, scholars say, consensus is constructed through thousands of small acts over generations.” STANFORD magazine spoke with Clayborne Carson, Estelle Freedman, Allyson Hobbs, Pamela Karlan, Michael Rosenfeld and other Stanford scholars to explore how movements such as Black Lives Matter begin, gain support and catalyze lasting change. “You have long-term demographic and economic trends, political opportunity structures, rising expectations, and then contradictions—and it’s often the contradictions that become the triggers that spark these kinds of social movements,” says Freedman, a women’s history scholar. “People have this hope and this belief that it’s going to work. And it doesn’t. That’s one reason people start to mobilize.” Additional scholars weigh in a series of Stanford Q&As on social change.

U.S. Supreme Court Justice Ruth Bader Ginsburg died on September 18. In a 2017 visit to campus, she gave the Rathbun Lecture on a Meaningful Life. This week, Law School faculty reflect on her legacy.

What would you ask if you could analyze the news yourself? The Stanford Cable TV News Analyzer, an interactive artificial-intelligence tool, gives the public the ability to search transcripts and calculate the screen time of public figures in CNN, Fox News and MSNBC broadcasts going back 10 years. The researchers behind the tool, which updates daily, are posting insights on Medium.

Will 16 students find love on the hottest dating show off campus? Freshmen Nicole Tong and Michaela Guo bring you season 1 of Love Is Blind Stanford.

After a near-death experience and the loss of his limbs, Marty Hartigan, ’89, is coming to terms with his new life and keeping up the spirits of everyone around him.

The Doctor in Charge of the NBA Bubble

Five swabs a day keeps COVID away, and other tales from the league’s unprecedented epidemiological experiment.