Get in the zone.

If you’re thinking about stopping by campus soon, check this map first. In order to comply with state guidance and keep the number of people intermixing on campus to a minimum, Stanford has created a color-coded map of temporary zones that define access to various parts of the university’s grounds. Off-limits to the surrounding community, including alums? The Quad. Open for your enjoyment? The Dish. When in doubt, check the map, and remember: If it’s yellow, you can mellow.

How to work bubonic plague into your next conversation.

History’s cataclysmic events have had lasting effects on the societies they’ve struck. Some created opportunities for sweeping change—the overwhelming loss of life from the plague in the 14th century reduced income inequality as labor shortages drove up average wages—while others sped up changes that were already in motion. Kind of like the way the current pandemic has given us a swift kick into fully working from home.

STANFORD magazine asked experts on the bubonic plague, smallpox, yellow fever and the Great Depression to opine on what dark times in human history can tell us about how our own era may be marked by COVID-19.

While we’re on the subject of cataclysmic events.

End of the world jokes aside, there’s no doubt that many people feel a bit helpless right now. When you feel overwhelmed, remember that you’ve been through tough times before. “Thinking of difficult situations that you’ve lived through and come out of is helpful,” David Spiegel, professor of psychiatry and director of the Stanford Center on Stress and Health, told the San Francisco Chronicle in a story about strategies for coping with stressful times. Spiegel also recommends thinking of some small action you can do to make things better—mental-health bonus for you if that action helps others in some way. And it’s best to limit your news exposure. “There isn’t more than two hours of news worth taking in every day,” Spiegel said. “After a while, it’s not new anymore.” (For coping with the news you do take in, these tips may help.) 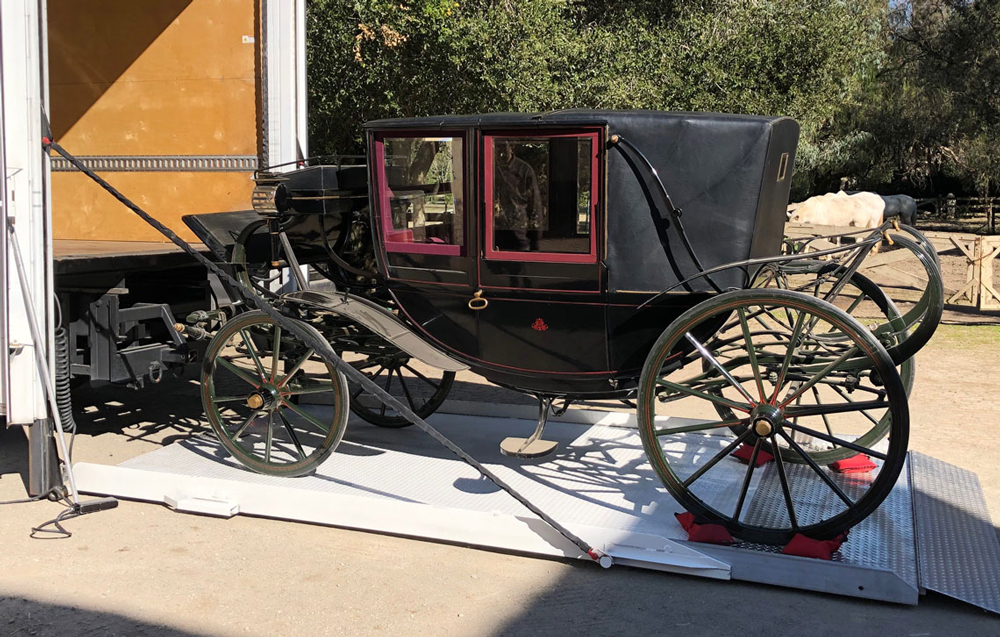 A Stanford family carriage has returned to the Farm from Woodside, where it had been housed with other horse-drawn carriages in the collection of physician Peter Bullock since 1992. This particular late-19th-century model, the Brewster C-Spring Landau, was “a technical marvel in its time,” according to the Founders’ Celebration website, and “the Rolls-Royce of carriages,” says Bullock, who has driven the Stanford family carriage from Woodside to campus and calls it “quite a lovely ride.”

Be a serial exerciser.

Storytelling, the timeless ancient art form that’s also a modern marketing trend, may be able to get you to exercise too. Researchers led by computer science professor James Landay, associate director of the Stanford Institute for Human-Centered Artificial Intelligence, developed the fitness app WhoIsZuki to find out whether storytelling and visual cues could motivate app users to stay active. The app, which is not yet available to consumers, rewards users who meet their fitness goals each week with the next installment of a story about an extraterrestrial who travels to Earth to find his brother. A three-week pilot study found that users who earned new chapters each week stayed more engaged than a control group; the researchers are currently finishing a larger study that spans 4½ months. Alien narratives not really your thing? Future iterations will have a menu of stories to appeal to different audiences, Landay told Stanford Engineering magazine.

Why can’t Stanford just use the endowment to pay for that? STANFORD magazine lays it out.

Listen to this live “birdcast” from Stanford’s Jasper Ridge Biological Preserve, for serenity’s sake. (At night, you might hear frogs and owls.)

“Young people may believe their age protects them from contracting the virus or that they will not experience symptoms of COVID-19, but the data show this isn’t true among those who vape,” says postdoctoral scholar Shivani Mathur Gaiha, lead author of a study that linked vaping with increased COVID-19 risk in teens and young adults.

A smartphone outfitted with sensors that measure your gait can detect drunkenness with 90 percent accuracy, according to a study by Brian Suffoletto, associate professor of emergency medicine. Suffoletto conducted the study at the University of Pittsburgh before coming to Stanford this summer.

How cool would it be to get your hands on this chemistry set? Chemistry lecturer Jennifer Schwartz Poehlmann, PhD ’08, and lab manager Amanda Nelson designed customized kits and mailed them to students taking general chem this summer.

As two of the three largest wildfires in California’s recorded history burn simultaneously, Chris Field, director of the Stanford Woods Institute for the Environment and professor of earth system science and of biology, and Noah Diffenbaugh, ’96, MS ’97, senior fellow at the Woods Institute and professor of earth system science, discuss extreme weather and wildfires.

Your avatar can visit the Farm; help for doomscrolling; why it’s better to have a plan