Our intrepid editor wanted to be the Stanford Tree just once. Check out how it went. 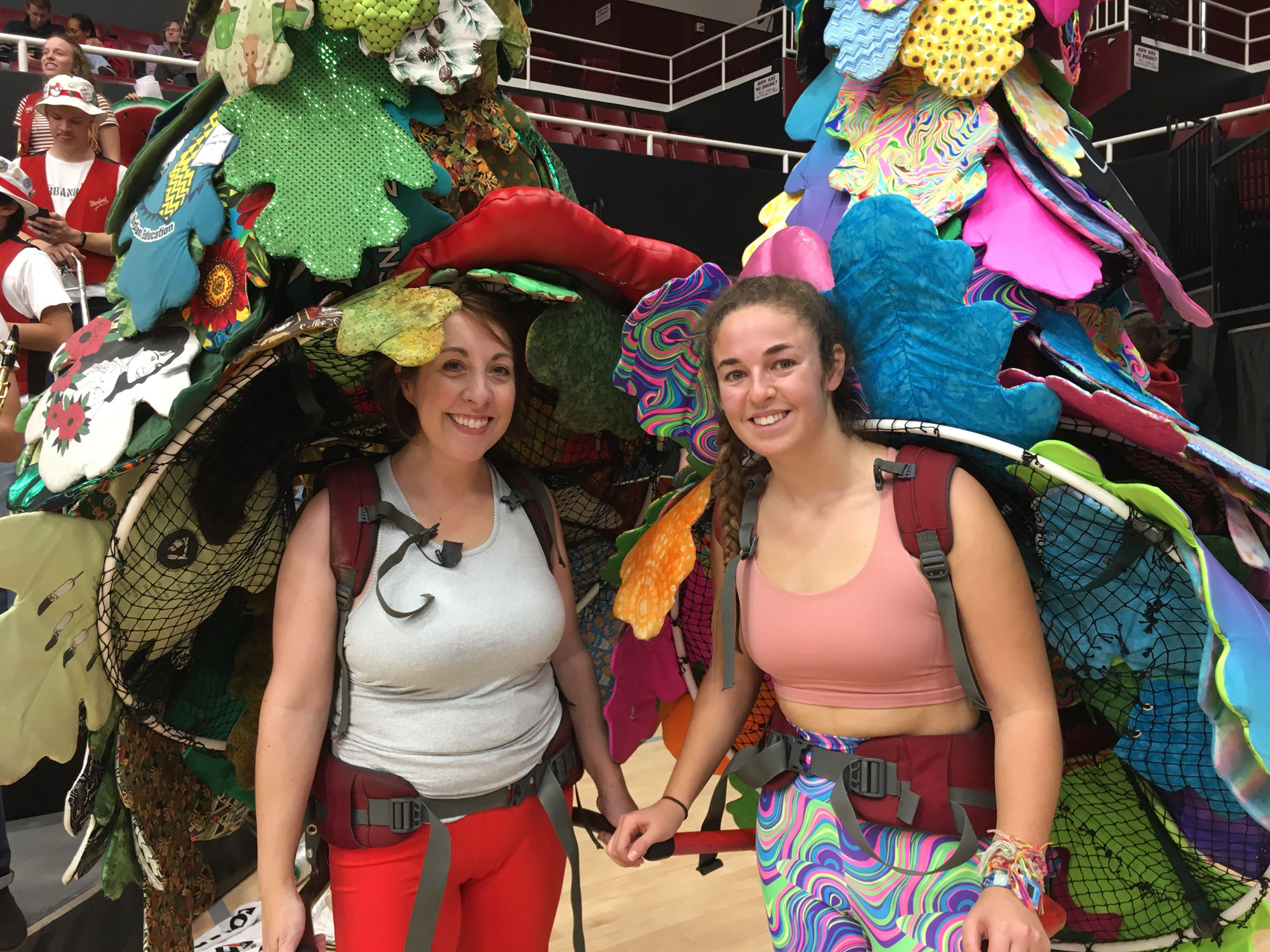 A WALK IN THE WOODS: Kushel, right, gave Batte a chance to be Tree for a day. Photo: Erin Attkisson

A WALK IN THE WOODS: Kushel, right, gave Batte a chance to be Tree for a day. Photo: Erin Attkisson

Once upon a time, an editor had a dream. And that dream was to be the Stanford Tree.

Not for an entire year, you understand. Just for one quarter of one basketball game. In the name of journalism, so you all could live vicariously as she peered through her foliage at her adoring public and uprooted herself on cue during “All Right Now.”

But the Tree said no (and no and no and no and no). Summer Moore Batte, ’99, was cut down to size by five different mascots. Like the wise woman she is, she took Treejection in stride and moved on. But also like the wise woman she is, she let the Tree know exactly what it was missing out on. When the evergreens proffered feeble excuse after feeble excuse, she clapped back. “You want a god among women?” she wrote in an essay for Stanford. “You’ve got it. Forget the human-bowling stunt you pulled as part of your tryout. I’ve done some stuff at this university.” To wit: “I’ve jumped out of a plane for a story on an alumni business. I’ve dodged tortilla Frisbees and nearly inhaled a swarm of ladybugs while reporting at Wacky Walk. I’ve been hit in the face by a former boxer. And I’ve eaten brain.”

After she threw down her challenge in “Barking Up the Wrong Tree,” Summer decided to stop cultivating conifers. A decade went by. Then, last year, while idly browsing Twitter, Summer saw a path through the Trees. Caroline Kushel, ’21, had a snappy sense of humor and a colorful costume to match. Maybe she was the One. It was worth an email, anyway.

It took “Kush” all of an hour and 17 minutes to write back: “Hey Summer! This sounds absolutely hilarious. I’d love to do it. I’m envisioning a fake Rocky montage for pregame training.”

Yup. She was the One.

Kush’s training session, Summer’s debut at Maples Pavilion and, oh, so much more are captured in our documenTree. I daresay it’s Treemendous.

Leland Sr.’s drive to conquer a continent and his youngest brother’s belief in the occult are just two tales to tell.