The seven students we’ve been following—now juniors—settle in for their most normal year yet.

Today, the undergraduates who first entered Stanford during that tumultuous fall of 2020 want just one thing: normalcy. Thanks to the COVID-19 pandemic, for most, their first year was fully remote—no joining the raucous crowds for Big Game, no fountain hopping, not even simple pleasures, such as riding a bike through the Quad on your way to class. By sophomore year, most of the Class of 2024 had arrived on campus, but COVID restrictions lingered, especially during the omicron variant’s surge in winter quarter.  Stanford caught up with the seven members of the class we’ve been following as they made their way back to the Farm for junior year.

Stacey Lubag: I showed up and my family and I just dumped all my stuff in my room and then they were gone and that was the only move-in experience. I think that [Stanford] did their best, but it was hard, the dissonance between feeling like I was a new student because I had never been on campus before, but still not being a new student because I had already done a year and I wasn’t technically allowed to be part of those orientation activities. 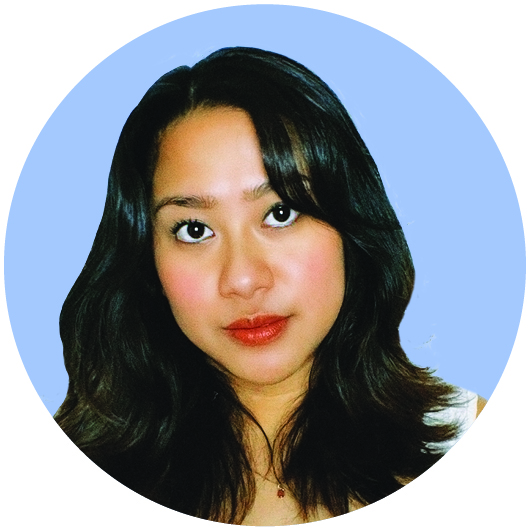 Jenna Reed: I feel like it’s very hard to replicate that initial excitement—doors open—the very big energy of having a freshman dorm. I’d spent all of my freshman year at home, and so coming in those first couple of weeks, it felt like, ‘Oh, some people already made their friends.’ I think we did end up finding each other. It just took a little bit of time. 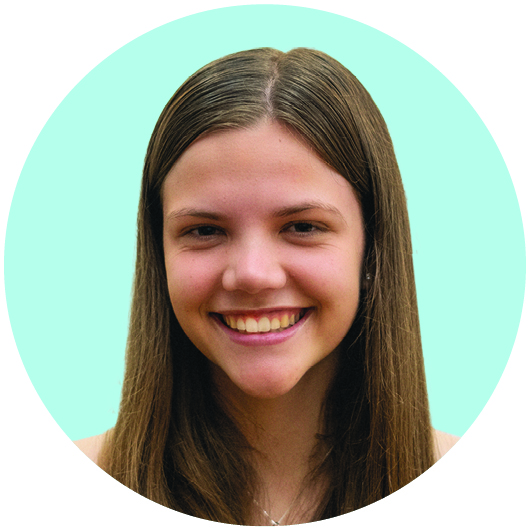 Sala Ba: I think I experienced the sophomore slump, but being that it was my first year on campus, it was like there was almost more pressure to avoid the sophomore slump. I felt like, ‘Oh, this is supposed to be the magical year that we’re on campus,’ so it was definitely a little trickier to get used to. 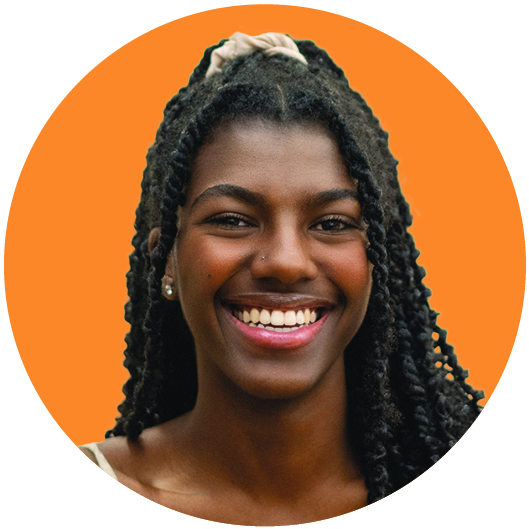 Stacey: The fact that we were all so eager to step into making new connections and to really form strong bonds with the people that we had met on Zoom and otherwise meant last fall very rapidly turned into one of the most beautiful quarters that I think I could ever have experienced.

Those who lived on campus for some or all of their first year due to special circumstances had their own adjustments to make.

Elena Recaldini: I do remember being quite overwhelmed at the beginning because I was used to campus being almost dead. Just having a dorm community was entirely new to me because freshman year we couldn’t even go into a friend’s room. I would say my closest two friends that I have currently, we formed our little trio freshman year when we were all on campus, so I think our freshman year definitely unified us. 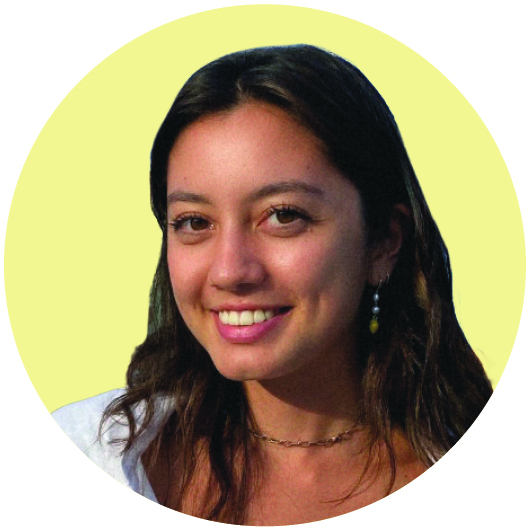 There were surprising moments of yearning for the few good things about that complicated frosh year.

Jenna: I will say there were a couple of times where you did kind of miss rolling out of bed and getting on the Zoom.

Elena: I do think it has been more difficult to balance a lot of things when things are in person. Freshman year, when everything was online, I was able to focus a lot on my studies just because that was all I had, especially when I was in Japan, but now there’s so much to be engaged in, in terms of social life. That’s still been a learning curve.

But being on campus provided chances for extracurricular and social opportunities that weren’t an option online. Eva Orozco trained to be an emergency medical technician, Elena went backpacking, and Jenna participated in a full-day, in-person simulation for her U.S. Intelligence course last spring and used Special Collections materials from the library for another course in the fall.

Eva Orozco: I was very grateful to be a part of doing this work during the pandemic. I was able to feel like I had an avenue to help in a time of need. 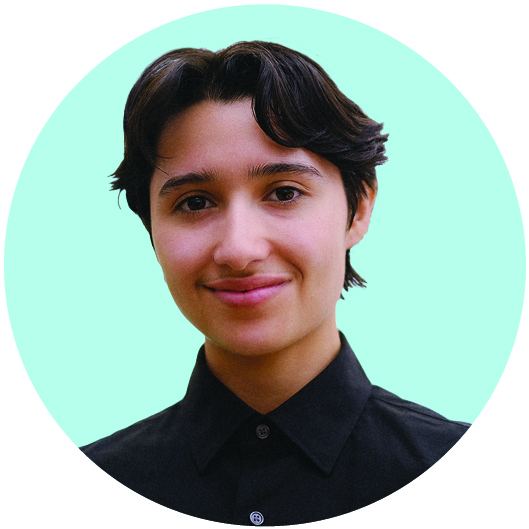 Elena: I took Outdoor 103—which is like a backpacking course—last spring and I loved it. This is a course that you can only experience fully when it’s in person, so I didn’t take it freshman year, but I love outdoor spaces, especially in California. They have so much to explore.

Jenna: I definitely will say, academically, I feel like I did get a good education online—I had a lot of great classes—but the in-person components were just great.

As the students began exploring majors, Kevin Thor connected his coursework in Asian American studies with his parents’ experiences as Hmong immigrants.

Kevin Thor: I think that’s been a really cool thing—to talk to my parents about and gain their personal experiences, to learn about what it was like firsthand, coming to America from a completely different country because of war. 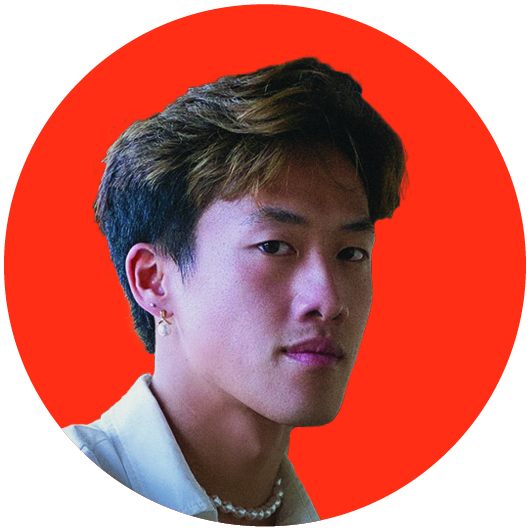 Winter was a darker period for many. Stacey endured a heartbreaking loss when her older brother died after an illness.

Stacey: The one thing that honestly was keeping me together for a good period of time was Stanford and the connections that I was making here.

Then came the omicron wave and a brief return to remote classes.

Elena: I was like, “Oh no. I’m already used to how campus life is supposed to be. I don’t want to go back to what it was like freshman year.” So I did take classes for two weeks from Tokyo because I was already home for winter break. It gave me flashbacks to when I would take classes at 3 a.m. freshman year, which was not nice.

One who tested positive that winter found that under the right circumstances—when you and your roommate both have mild infections—COVID can provide a good memory.

Sala: It was like week seven of winter quarter, the most stressful time, but we were just hanging out watching movies, doing the online classes. It seems weird, as isolation is supposed to be socially isolated, but it was a super good time.

Once cases began to retreat, the sophomores had more of a chance to savor Stanford.

Logan Berzins: As we moved into that spring sophomore year, we were finally like, OK, things are mellowing out. This is turning into a college experience. We can see our friends. Yes, there’s still the COVID isolation policy, but it’s slowly becoming less of a constraining and difficult procedure to maintain, so we’re going to hang out with our friends, go places, do things, go out to eat, and enjoy everything college has to offer. 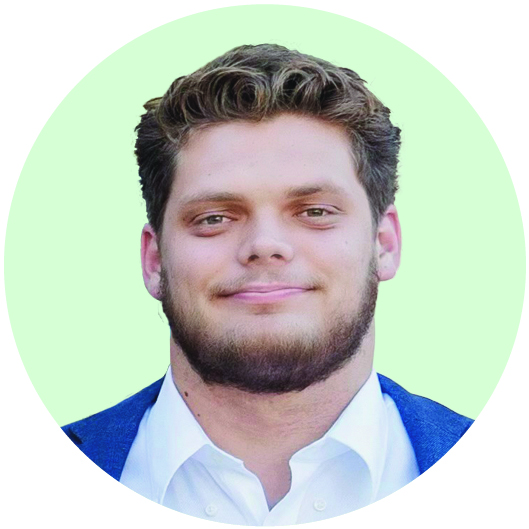 Elena: It’s the fact that I was able to actually work on [problem sets] with friends and just work with teammates on a project face-to-face instead of doing it over Zoom. I think those moments were very special because it just wasn’t a thing freshman year, and I think that’s what college is supposed to be.

Kevin and Eva found great jobs and community at the Asian American Activities Center and as a student manager for the Stanford women’s basketball team, respectively.

Kevin: A3C is like my home away from home. The genuine connections that I’ve built in that center have been so amazing and have such a profound impact on my life here. Getting to learn more about what it’s like being Asian or Asian American on campus, and more about activism and Asian American history on campus specifically, has been really dope.

Eva: I get to support players who are working so hard alongside a staff who are dedicated not only to the game but to each other. I don’t even think of it as work.

Summer 2022 brought travel, research, and internships—in person! Sala interned at the aerospace company Blue Origin. Late in the summer, she was invited to introduce Vice President Kamala Harris during an event at Oakland’s Chabot Space and Science Center.

Sala: It was obviously the highlight of the summer. I got to introduce her, and I got to do the photo line, and I got to talk with her. She was super sweet.

As the football team geared up for fall, Logan, a center, loved the changes to COVID protocols.

Logan: On the athletic side, this year has been just night-and-day different. We’ve had a lot more freedom to do what we needed to do for practice, like not having to split into 10 different lift times and 10 different run times. We were able to train as a team, get better as a team, work as a team, to really improve that team-bonding experience.

As the students arrived back on campus this September, they had different visions of what junior year would look like, but all hoped for few or no restrictions.

Kevin: Hopes and dreams? I guess just to be in person. Just to experience what I envision to be a normal college experience before COVID hit.

Sala: The campus feels so much different this year than it did last year. It feels very alive. Last year, it seemed very hush-hush, very “get to your dorm fast and wear a mask.” I feel like I’m starting to see the real Stanford, the old Stanford, the Stanford that I applied to. Just from these first few weeks on campus, it’s very promising that it looks like this already.

For the first time since spring 2020, there are several thousand undergraduates on the Farm. The university has big plans for how they’ll live and learn.

One man’s path from pirouettes to “Canada’s Got Talent.”