One man’s path from pirouettes to “Canada’s Got Talent.”

When Michael Wu was 6 years old, he stepped into a new dance studio—and froze. “All of the people in there are girls,” he recalls, “and all of them are wearing tights.” He’d been enjoying hip-hop classes at the local community center in Vancouver, British Columbia, when his mom signed him up for ballet without telling him.

Soon, Wu, ’25, fell in love with pirouettes and pas de bourrées. At 13, he was offered the chance to start on the professional track while cutting school back to four hours a day, but he turned it down. “I always want to have dance in my life, but I wanted to make sure that I could educate myself,” he says. “I didn’t want to become one-sided.” He did, however, find himself a hip-hop studio. 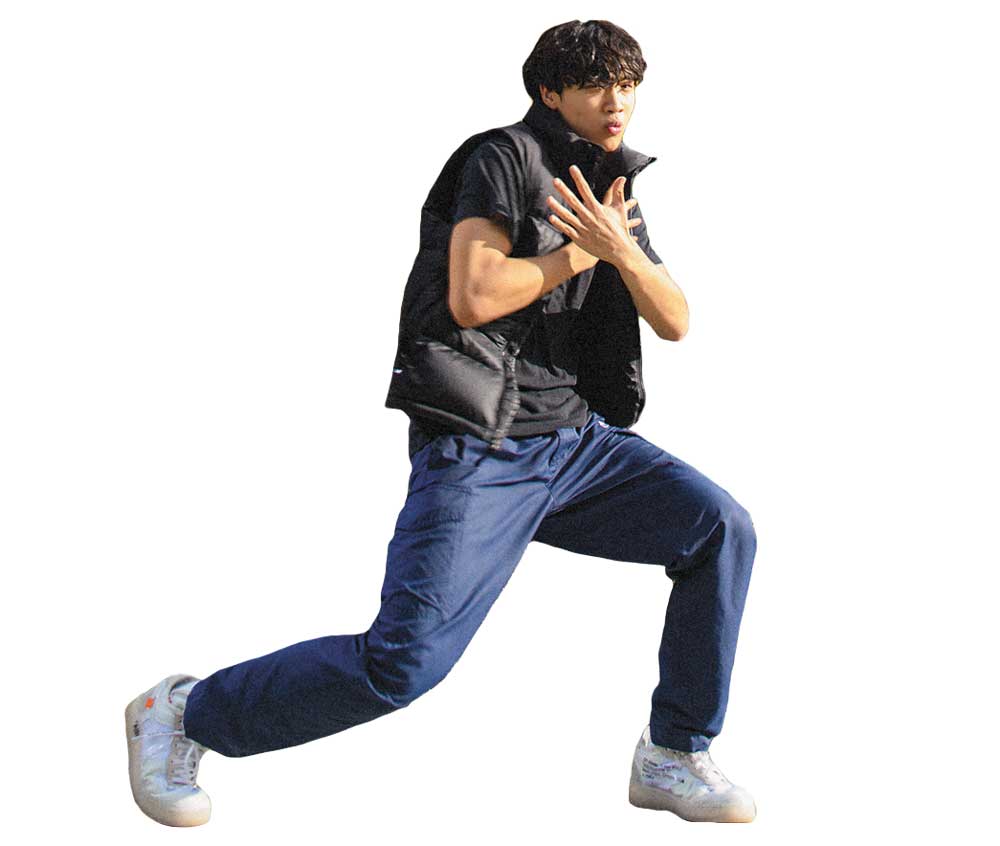 “You can never master all the styles of hip-hop. There’s blocking, popping, whacking, breaking. You can constantly be learning.”

In high school, Wu competed on the debate team, practiced Italian opera, and sang Chinese love songs at charity events and English pop songs at festivals. He also buckled down on hip-hop—his studio was known for its tricky, hard-hitting style, and he worked hard to master it. By 2019, the studio’s coaches had recruited Wu to join a select crew, GRVMNT, that has since grown to 17 members and become as close as family. They’ve stuck together through hardship, practicing outdoors when the studio owner couldn’t pay rent. Their dancing and story caught the attention of television shows, including World of Dance and Canada’s Got Talent, where they advanced to the semifinals and season finale, respectively. During auditions, Wu shone as a spokesperson for the team. He missed weeks of his first year at Stanford, traveling back to Canada to train and perform. Luckily, he’s long been an expert at balancing. 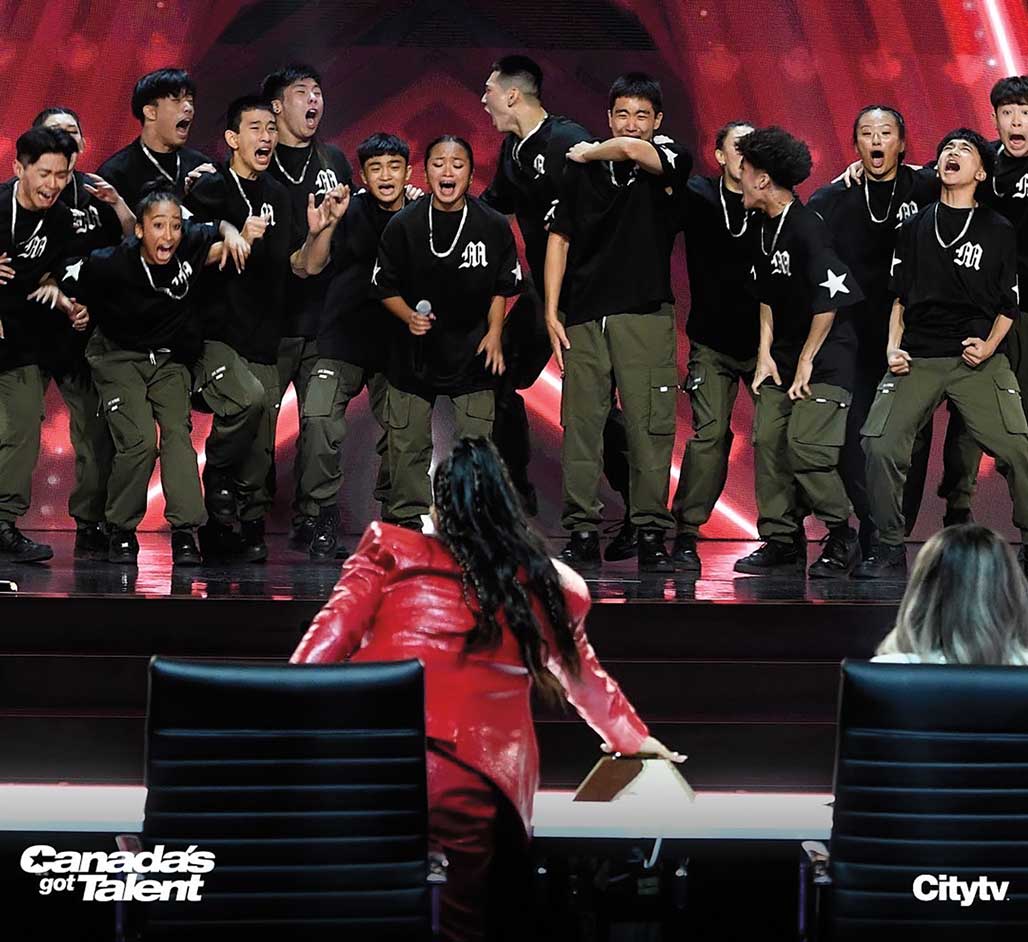 FEELIN’ GROOVY: Wu’s dance crew, GRVMNT, earned a Golden Buzzer vote from Canada’s Got Talent judge Lilly Singh, which sent the 17-person group to the semi-finals. They ultimately made it to the 2022 season finale. (Photo: Courtesy Canada’s Got Talent)

“Ballet is very rigid, but you can also be very fluid. If you’re able to do that in hip-hop, it makes you more unique as a dancer. You have to be committed to hip-hop for years until you realize how much ballet, contemporary, and jazz really do transfer over.

“My dad didn’t want me to dance. He used to want me to become a lawyer and go into politics. . . . [But] when the first episode of World of Dance came out and he saw me talking for the interview, he said, ‘Maybe this isn’t so bad.’

“I remember the first time I messed up on a national stage. My teammates and their parents were talking about how I cost the team the competition. I locked myself in the closet and was just crying about it, and my studio owner was the only one who came to me, and he was like, ‘Use this as a learning opportunity. This is only the beginning.’

“When I was applying to different schools, I searched up the dance teams and a lot of them were only there for competitions instead of the community. But then I saw Stanford’s [Alliance dance team], and I was like, ‘Oh my God! This looks super chill, but it’s also a high level of dance.’ I really saw myself in the hip-hop community here.

“After my mom got her master’s in chemical engineering, she started to work in a research lab doing chemical dyes, and she hated it. She realized that if you get forced into a major that you don’t like, even if it makes you money, it’s going to be soul-sucking for you. She really wants me to pursue what I want to do.

“I fell in love with entertainment when I first got to the backstage of World of Dance. I want to be part of a big production too. My dream is, like, talk show producer, director, actor—all combined into one.”

The seven students we’ve been following—now juniors—settle in for their most normal year yet.