It was Friday the 13th when Stanford undergraduates got the email explaining that most of them would need to move out by the following Wednesday due to COVID-19. The first case among undergraduates had just been confirmed. A few days prior, students had been given 48 hours to decide whether to apply to stay on campus for spring quarter under very different circumstances. Only a few hundred of the 7,000 undergrads—those with no other options—would be approved.

Most left. But many faced complications. The choice for the university’s 747 international undergrads brought heightened uncertainty as borders closed and travel became increasingly difficult. If they left, would they be able to get back to campus when classes started again? And if they stayed, where would they live, and when would they get to see their families again? For some, going home would mean having no internet connection and therefore no way to stay enrolled once classes went virtual, or burdening their families with feeding and housing another person when money or space was already tight.

“My whole world went upside down in 72 hours,” says Prashaant Ranganthan, ’22, who grew up in Jamshedpur in the state of Jharkhand, India. He and one other international student remained in their co-op, Columbae, for a while after everyone else left. “It was very apocalyptic.”

In the months since, those who stayed have been adjusting to life on campus—where they’ve been reorganized into just a few dorms, they’re alone in their rooms for long stretches, dining hall food is only to-go, everyone must wear a mask indoors, and no one’s allowed to touch. 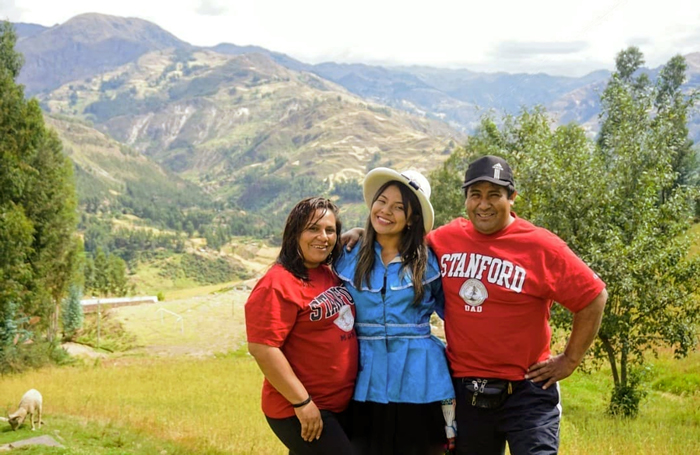 ‘My Life Now Is in My Room’

Before the virus, Leslie Anasu Espinoza Campomanes, ’23, was so busy that she didn’t often call her parents. “Now it is more like I have to call them because I don’t know how they are getting on. Since I’m the first educated person in my family, I have to give them enough information to stay safe. I have to keep them up to date about this disease. I also have to let them know that I’m OK.”

For the first-generation, low-income student from the outskirts of Lima, Peru, going home where there is no internet was not an option if she wanted to stay enrolled and benefit from her scholarship. So she stayed on campus, where she was relocated from the all-frosh Rinconada to Okada House. She occupies a single and shares the third floor with half a dozen other students. “My life now is in my room,” she says. “I eat here. I study here. I sleep here.”

This quarter, Espinoza Campomanes, who has learned English in the past three years, has been studying biomedical engineering and computation and has continued her volunteer work focused on Peruvians in need. She and a fellow Peruvian student are now coordinating a project on GoFundMe called COVID-19 Manos a la Obra (“Hands to Work”) that assembles and distributes pandemic care packages to low-income Peruvians. When she’s not distracted by her work, she agonizes over the health and finances of her family members, who are “at the end of their savings.”

“I’m going to be the person who’s in charge of my sister’s future,” she says of her 15-year-old sibling. “And I wonder when I will be able to go home again.” 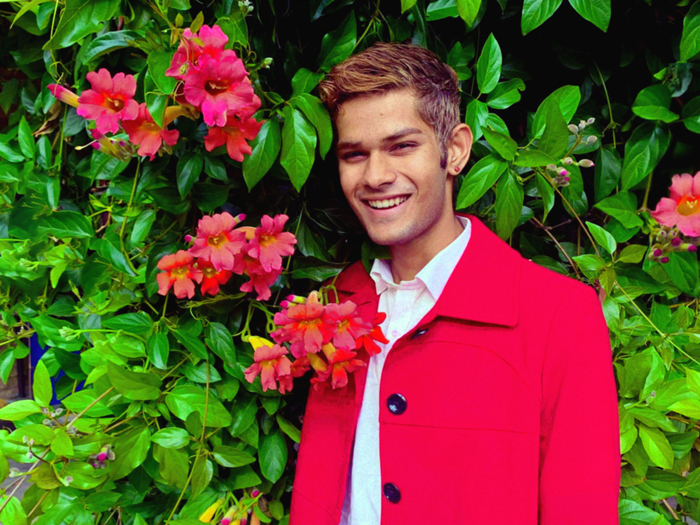 Prashaant Ranganathan considered going home to India when he found out Stanford was closing his dorm, but he quickly discarded the idea for fear he wouldn’t be safe. The sophomore product design hopeful grew up in a large family and says he sometimes feels lonely on the largely deserted campus. His summer internship in Hawaii fell through, his boyfriend lives in Vancouver, B.C., and he’s not sure how he’ll do product design virtually since it is such a hands-on field of study. For now, he lives in a single room in Granada.

“It’s been hard to just be in my room,” Ranganathan says. “Sometimes I don’t go out for a week.”

He spends much of his time on classes, particularly reveling in Hacking the Pandemic, which gives students the opportunity to solve problems related to COVID-19 in real time.

Ranganathan says he waited to come out to his parents until he was away at college and felt safe doing so. “I wanted to have my life in my own hands.” But being so far away now, and with his relationship with his parents “weird,” he says it is hard to know what is going on at home. “I’ve heard a lot of rumors,” he says. 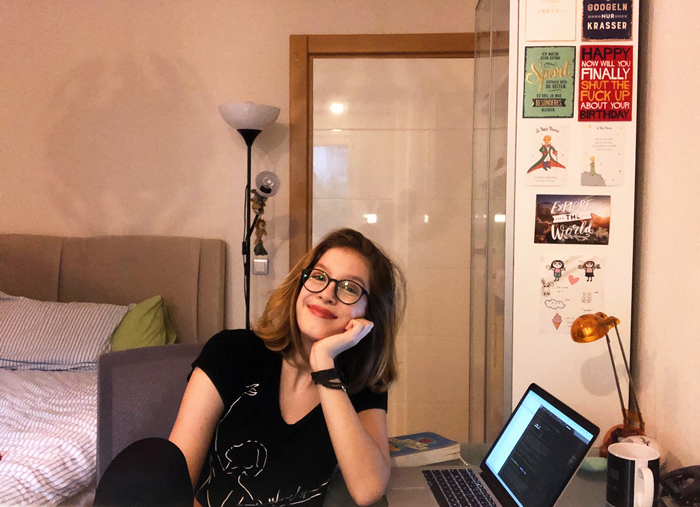 On Lockdown in Istanbul

Nadin Tamer is home with her mom in Istanbul, but her life as a college student is all on Pacific time. Classes start at 8 p.m. local time and finish by midnight or 1 a.m. She tries to go to bed by 2 a.m.

“It’s been sort of strange because I’m not sure when I should be working and when I should be resting,” says Tamer, ’23, a computer science major. “It’s pretty tough just because I was used to seeing all my friends in my dorm all day. Going from living with 90 people to just living with my mom has been a pretty big transition.”

Those under 20 and over 65 are on total lockdown in Istanbul, so Tamer doesn’t leave the apartment. Her mom does the grocery shopping. The arrangement “feels like I’m in high school again,” says Tamer, who is taking four classes and additional units for her computer science research.

“The main thing I do that helps me is I talk to my friends a lot about stuff we want to do after it all blows over, but we don’t know when that’ll be. It’s good to think about that and remind ourselves that we’re hopefully not going to be in this situation forever.” 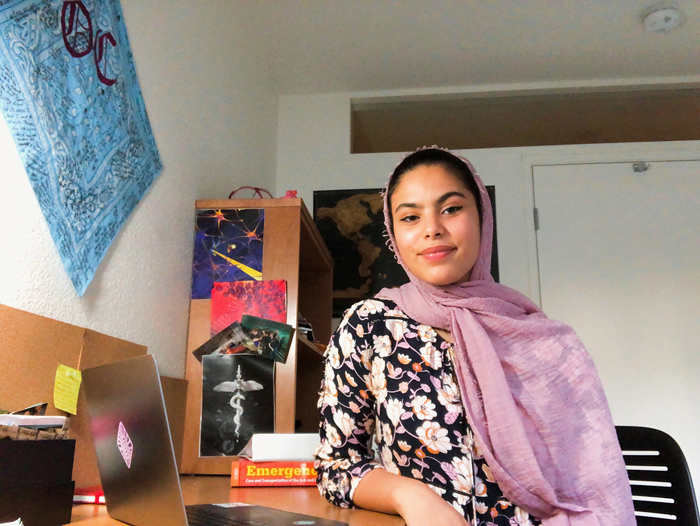 The hardest thing so far for Nour Mary Aissaoui, ’22, has been the uncertainty. When will she see her parents and three siblings again? What will happen this summer, the “happy time” she had planned to spend at home in Algeria surrounded by her family and reconnecting with her community? Instead, Aissaoui evacuated her dorm, Robinson House, and settled into an apartment in Mirrielees, where social distancing is easier.

“This quarter has been tough,” she says. “But what I’ve found is that community is not about where I live. I’m an active member of the Muslim community and the Center for African Studies community, so we end up coming together online. We sing together, and we plan for the future.”

Reinventing community has been a necessary part of managing spring quarter, says Aissaoui. It turns out you can rehearse with your a cappella group on Zoom, you can hold study groups even if everyone is working on separate projects, and you can do a lot to help one another “not feel sad all the time.”

Aissaoui talks to her parents whenever she can, but says, “I’m not very sure what is happening at home because my parents don’t want to freak me out.” 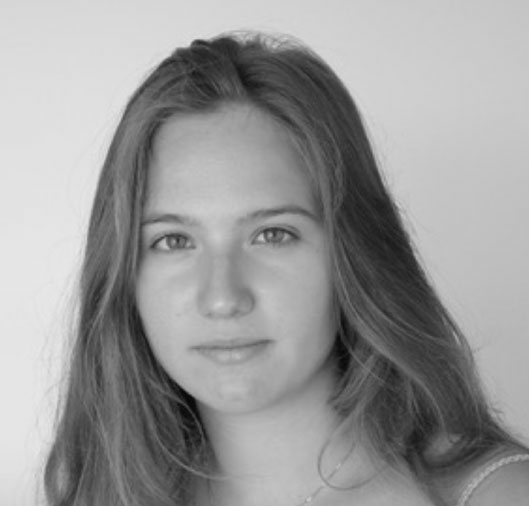 Theodora Boulouta has found the emptiness of campus oddly calming. “It’s quite beautiful, almost like you own the place,” she jokes. “Yesterday, I felt like taking a walk, so I just went out at 1 a.m. wearing my pajamas over to Main Quad. There’s, like, no one there.”

Boulouta, ’20, a mathematical and computational science major, moved to the GSB’s Schwab Residential Center after her dorm closed. Though she is unsure about the future, Boulouta says that the opportunity to learn “always provides solace.”

She had planned to take a light course load since it is her last quarter at Stanford. But because of the quarantine, she decided it would be better to stay intellectually engaged. “It’s a pretty good opportunity for self-fashioning,” she notes. “I’ve tried to think of it as kind of a sabbatical.”

Boulouta does have her concerns about how the pandemic might affect Greece. When she went home to Athens this winter, it was the first time things had felt normal since the country’s long recession. “Now, it feels like we’re just going to go back again,” she says. Still, Boulouta remains optimistic about how well Greece is handling the pandemic. She says her country has received international praise for its response, which is important “given that we’ve kind of been the black sheep of Europe.” 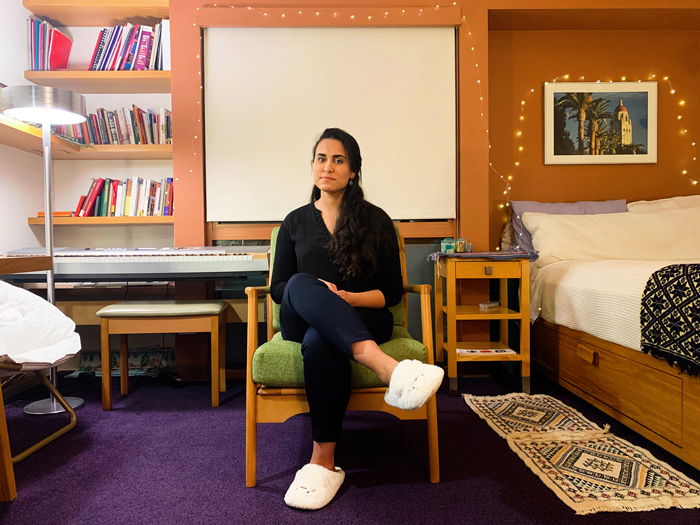 ‘It’s OK that I Feel Powerless’

Nesrine Mbarek has her Google alerts set in three different languages so that she can keep up with everything that is happening at home in Gafsa, Tunisia, where she grew up and where her parents still live. After a last-minute decision to stay on campus, the senior history major has become increasingly worried as she has watched the virus spread. This isn’t Mbarek’s first time living through a historic moment—she was a teenager when the 2011 uprisings toppled Tunisia’s president and ignited the Arab Spring.

“There are certain times in history that define a generation,” says the 23-year-old, who was moved from La Casa Italiana to the GSB’s Schwab Residential Center this quarter. “I am living part of history again.” Her first taste of activism as an adolescent led her to an early interest in income disparity and social inequities that has shaped her studies and plans for the future. She is president of the American Middle Eastern Network for Dialogue at Stanford (AMENDS), a collaborative student-led initiative supporting activists and changemakers from the Middle East and North Africa, and she would have run their annual conference this year in Jordan if not for the pandemic. Instead, she is focusing on finishing her senior thesis.

“We are still living the pandemic, so it isn’t yet time for reflection,” she says. “I try to remind myself that it’s OK. It’s OK that I’m not as productive as I used to be. It’s OK that things are slower. It’s OK that I feel powerless to help right now.”

Melinda Sacks, ’74, is a senior writer at Stanford. Email her at msacks@stanford.edu. Noah Louis-Ferdinand, ’21, contributed to this story.