Here’s how seven alums built their social networks after leaving the Farm. 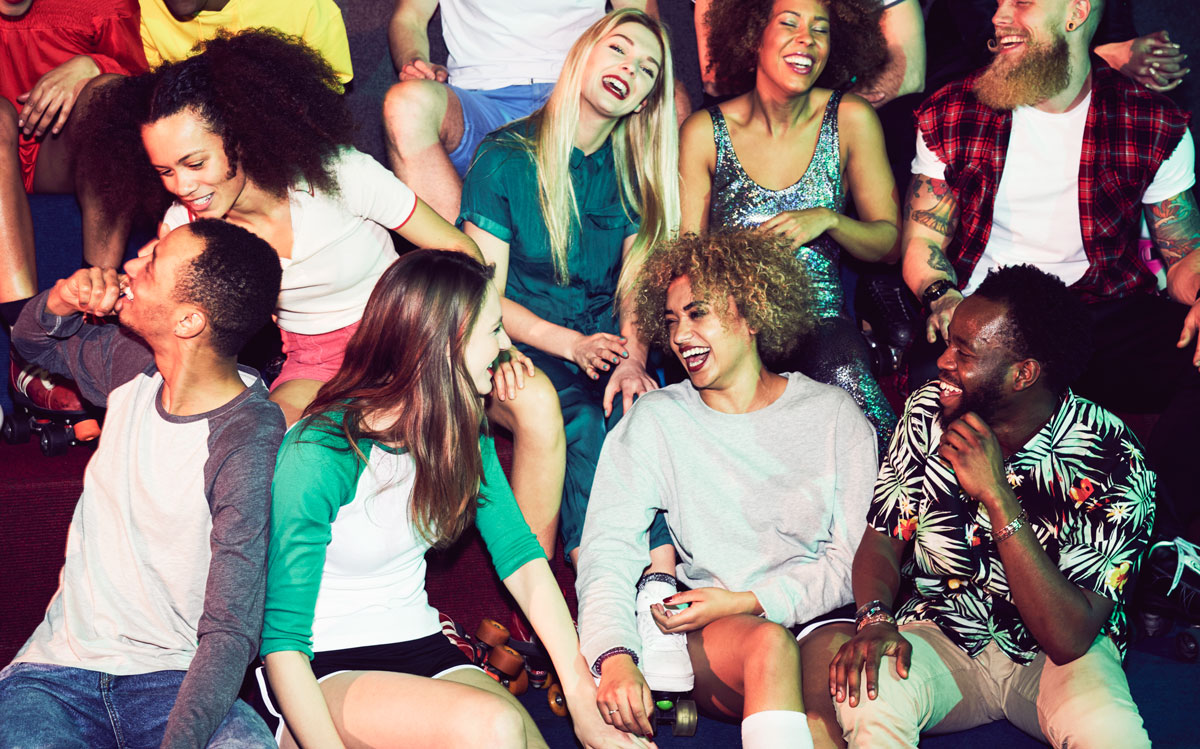 Commencement evicts you from your comfy nest in the Tree and propels you into the global Stanford diaspora. Whether you land far from the Farm or just down the road, you’re in a new place, without the support network you’ve had at your fingertips over the past four years.

We talked to seven alumni who have been through it and gleaned their best tips for helping you make friends and professional connections wherever you land. You’ve got this.

Have an open mind

When Sanjay Saverimuttu graduated in 2012, he says, “I got a lot more serious about my dancing. I knew now was the time to make it happen.” So he jumped at an opportunity to dance professionally with the Louisville Ballet in Kentucky. “I moved out here for what I thought would be a couple of years. Now I’ve been here seven.” From his time at Terra, Stanford’s unofficially LGBTQ-themed co-op, the dancer and choreographer says he learned the value of being with like-minded folks. “I was apprehensive about Kentucky, but the city is becoming very supportive of arts and the LGBTQ community. There’s more curiosity than hatred. The stereotype was much worse than the reality. The ballet company instantly became my family, and I found the broader community has so many artistic organizations that I could network through collaboration. Now I’m engaged to a high school music teacher, and we’re buying a house.” His advice: “Be open to what your city has to offer. It was limiting to come in with preconceived notions.”

Eutiquio “Tiq” Chapa, ’10, didn’t go far—geographically—after graduation. Nevertheless, he says, it was challenging to forge connections off campus. Now an investment consultant, the urban studies major launched the Stanford Latino Entrepreneurship Initiative at the Graduate School of Business after graduation, and he has done political fund-raising for presidential candidate Julián Castro, ’96, and the mayor of Stockton, Calif., Michael Tubbs, ’12, MA ’12.

“The big mind shift was choosing to be in places I was uncomfortable and didn’t know anybody,” Chapa says. His best advice for starting out, whether in a new job or a new place? “Ask for help, and don’t be shy. Find groups centered around your passions. If you’re a homebody, do random things—take a local garden tour, go to an arts exhibition. Be nice and respectful with older folks. When they saw I’d share openly that I was new and facing challenges, they’d help. Share your vision and passion and don’t act like you have it all figured out.”

Put social media to work for you

When Zippy Guerin, ’14, moved to Santa Fe from Los Angeles, she didn’t know many people, and she ran her marketing and entertainment business from home. “At times, I felt pretty isolated and missed having close friends to hang out with,” Guerin says. She reached out to people in the area on Instagram to meet up for coffee or a drink. “It was kind of like online friend dating—I’d see their profile and get a sense of how they spend their time. If it seemed like we shared interests, I’d ask if they’d like to connect. I quickly built a network of awesome friends.” Those friendships inspired Guerin to start a blog, Santa Fe Found, where she publishes interviews with locals who work in creative and entrepreneurial fields. “I’ve become very comfortable initiating conversations through social media,” she says. ”And when I travel, I search different geotags and hashtags on Instagram to see where people are hanging out. It’s an amazing tool.”

The first step that Ian Chan, ’14, takes when he moves to a new city is to connect with local alumni clubs. Chan was born in Hong Kong, and after graduation, he spent several years working in New York and London as a strategy consultant. Chan says alumni clubs offer a variety of talks and events, from industry panel discussions to social mixers. He keeps a list handy of Stanford-related clubs in New York so that he can share them with others. Pro tip: “The New York sports bar [that shows] Stanford football games is called Finnerty’s in the East Village. You dress up in Stanford gear and watch the game.”

There were fewer Stanford affinity clubs in London, he says, so he joined the Stanford Club of Great Britain and became its young alumni chair. “We started doing hikes, picnics in parks and pub events with lower price points, and we eventually got to about 150 or so members.”

There were no Stanford alumni groups active in Jackson, Miss., when Megan McKoy, ’14, JD ’17, moved there for a year to clerk for a federal judge. Having roommates, she says, provided a ready-made social circle. She also joined a church, which became the foundation for her new network. “I made friends, met community members, and a number of us younger congregants met Sunday evenings to take turns making meals in the church kitchen.”

McKoy is now completing a second judicial clerkship in Maryland, where professional groups have helped her meet people. “The Maryland State Bar Association has events with great opportunities to connect with mentors in the legal field. And just last week,” she said in June, “I attended an event hosted by Judge [Christopher] “Casey” Cooper [JD ’93], and it was fun to connect with current students and alumni in the D.C.-Maryland region.”

Work all the angles

Poni Bepo, ’14, has a successful track record of meeting people wherever she goes. And she’s had a lot of practice: The mechanical engineering major has lived in four cities in five years. Two dormmates from her freshman year moved to Washington, D.C., at the same time she did, and from those two connections grew many others. “We got closer, and I did the friends-of-friends thing,” she says. In Boston, while she was studying at Harvard Business School, Bepo says, she made an effort to make friends off campus. “I have made unlikely connections with people at workout classes, ceramic studios and coffee shops, completely outside the academic bubble, where you can engage with a completely different population,” she says.

Back in the Bay Area, Bepo has attended Stanford alumni events in Oakland and San Francisco, attended church gatherings and bonded with new acquaintances by inviting them over for a meal. “I love hosting and cooking for a bunch of people. My go-to is salmon baked with a caramelized brown sugar and chili powder glaze.”

Spend off time with your co-workers

You may no longer have all your friends centered in your dorm, but you do have free time, so use it wisely. “After the rigors of school, your calendar becomes more yours to control,” says Ayush Sood, ’14. Originally from Cleveland, Sood is an engineering manager at Facebook. He says the workplace can be an excellent place to find people to get out and do activities with, particularly at a big company with lots of young employees, many of whom have moved from somewhere else. “There are a lot of special-interest groups here, on everything from woodworking to dance to biking to rock climbing,” he says.

How to Be a Mentor

We asked women in a variety of fields for their thoughts on mentoring other women. Here’s what they said.

How to Quit Your Job

Stanford’s ‘Design Your Life’ gurus break down what can be fixed and when to move on.