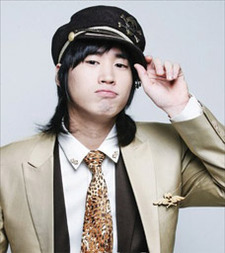 Daniel Lee, ’02, MA ’02, is better known to his fans throughout Asia as the rapper-poet “Tablo,” of hip-hop group Epik High. The trio emerged onto the South Korean music scene with its 2003 debut Map of the Human Soul, and quickly began attracting mainstream attention. The group’s fourth album, Remapping the Human Soul, was South Korea’s third-top-selling release of 2007 and won best album at the 17th Seoul Music Awards. Lee’s unusual style and cleverly cerebral lyrics are credited with helping the band break into the country’s pop-dominated market. A self-described “neurotic punk,” the 29-year-old writes verses that frequently reflect a darker view of reality, touching on themes like depression, obsessive love and fascism. In a book of short stories, Pieces of You, written while studying creative writing at Stanford and published last year, Lee chronicles the feelings of solitude he experienced during his youth, which was spent in South Korea, Indonesia, Switzerland and Canada. Epik High’s latest project, Map the Soul, a bilingual “book-album” released this spring, addresses the struggle for authenticity in the face of “false realities presented by television and the media.” Lee says the independently produced album represents a return to the group’s early days of “straight, pure hip-hop that sends out a message.”