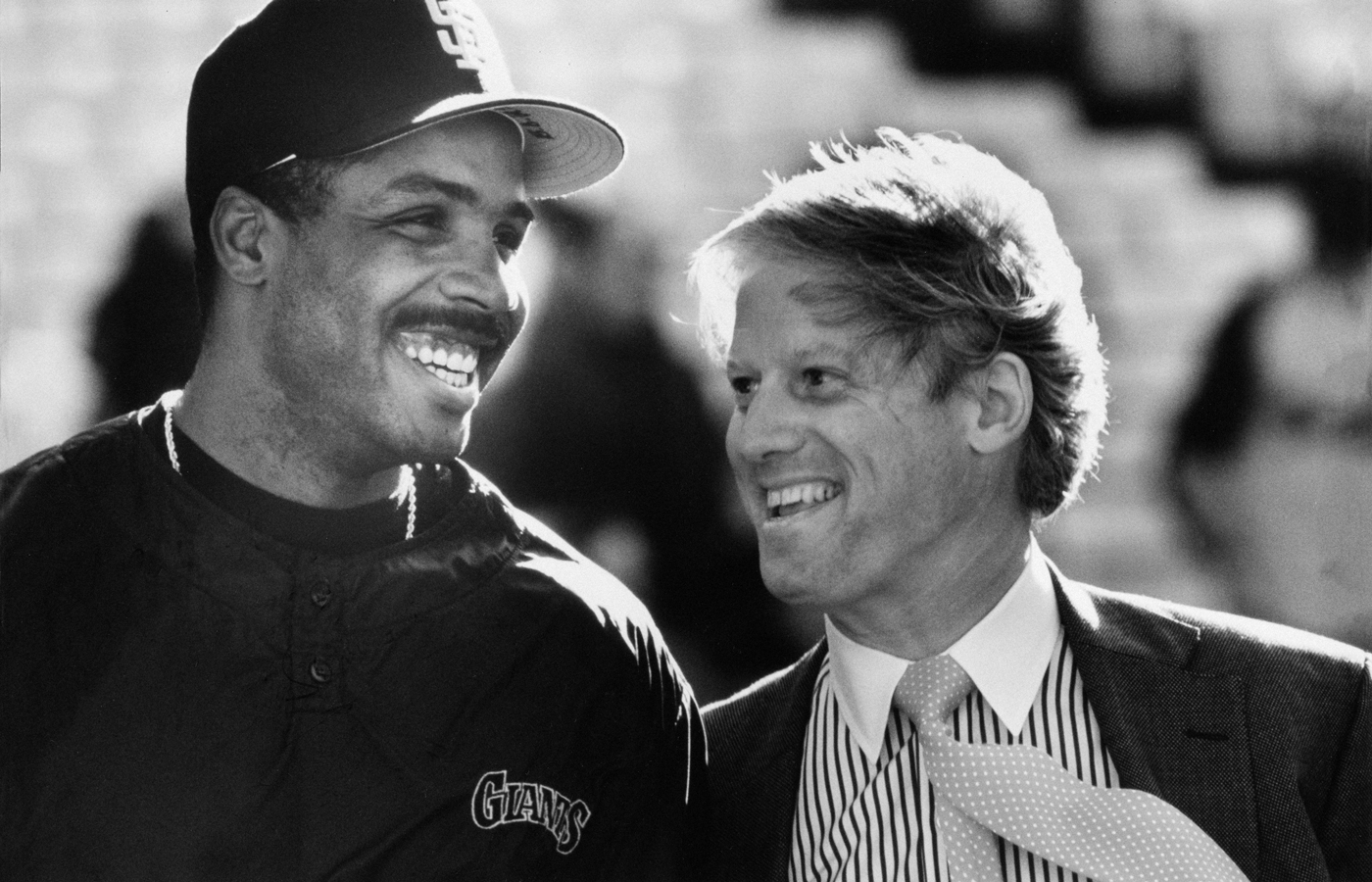 When Giants fans needed a hero, Peter Magowan stepped up to help buy the team, build a gem of a waterfront ballpark, and hire players who garnered four World Series berths and three championships.

Peter Alden Magowan, ’64, died January 27 at his home in San Francisco. He was 76. His death followed several years of ill health resulting from liver and prostate cancer.

Magowan was a supermarket mogul, the son of Safeway Inc.’s chief executive, and rose through the company ranks from checker, shelf stocker and produce clerk to chairman. His grandfather was Charles Merrill, co-founder of the investment bank and brokerage firm Merrill Lynch. Still, Magowan’s heart belonged to baseball.

“He was an obsessive fan,” says his daughter Kim Magowan, ’89. The New York City native once said he considered it “a miracle” when his beloved New York Giants moved to San Francisco in 1958—around the same time that his family moved to the Bay Area, where his father would oversee Safeway’s West Coast operations.

“The Giants were his passion; he loved that team,” Kim continues. “Part of the reason he went to Stanford was to be close to them. He told me that Stanford was a good choice for me too: ‘rigorous but relaxed.’ ”

Magowan’s love for the university spanned oceans. Jill Tarlau, his first wife, remembers: “We were at the bullfights in Pamplona, 1965, and way across the stadium was a huge ‘Beat Cal’ banner, so he scurried over to connect with the Stanford students.”

From the time Magowan was 9, the Giants provided him with a guiding principle based on Bobby Thomson’s storied pennant-winning, three-run homer to beat the Dodgers—the “shot heard ’round the world”—on October 3, 1951. Magowan’s father had been at the game, and when he returned home, Magowan recalled in a TV interview, “he stuck his finger in my chest and he said, ‘The three guys I went with all left at the beginning of the bottom of the ninth. Don’t ever quit. Don’t ever give up on your team.’ ”

Magowan was working as a clerk at the Safeway on Duboce Avenue in San Francisco during the years that Willie McCovey, the Giants’ Hall of Fame first baseman, was playing. “He’d time his breaks so he could run out to his car and listen when Willie came up to bat,” says his wife, Deborah Johnston Magowan, whom he married in 1982. Later, “in boring meetings, he’d be sitting with a yellow pad writing out lineups.”

Magowan, named Safeway Inc.’s chairman and CEO at age 37, led a consortium that bought the Giants franchise in 1992 when the team seemed poised to move to Tampa Bay. As the team’s managing general partner, a role he held for nearly 16 years, he signed superstar Barry Bonds to what was at the time the most lucrative contract in baseball history, and he oversaw construction of the privately funded Pacific Bell Park (now Oracle Park) on San Francisco Bay.

The park was the site of Magowan’s February 4 memorial service. “It rained, but Willie Mays spoke, and there were lots of rainbows,” Deborah says.

Magowan is survived by Deborah and Jill; his children, Kim, Margot and Hilary Magowan, Kristen Butt and Matthew Cook; 13 grandchildren; and three brothers.

A culture scholar on beauty as currency and the purposes of plastic surgery.