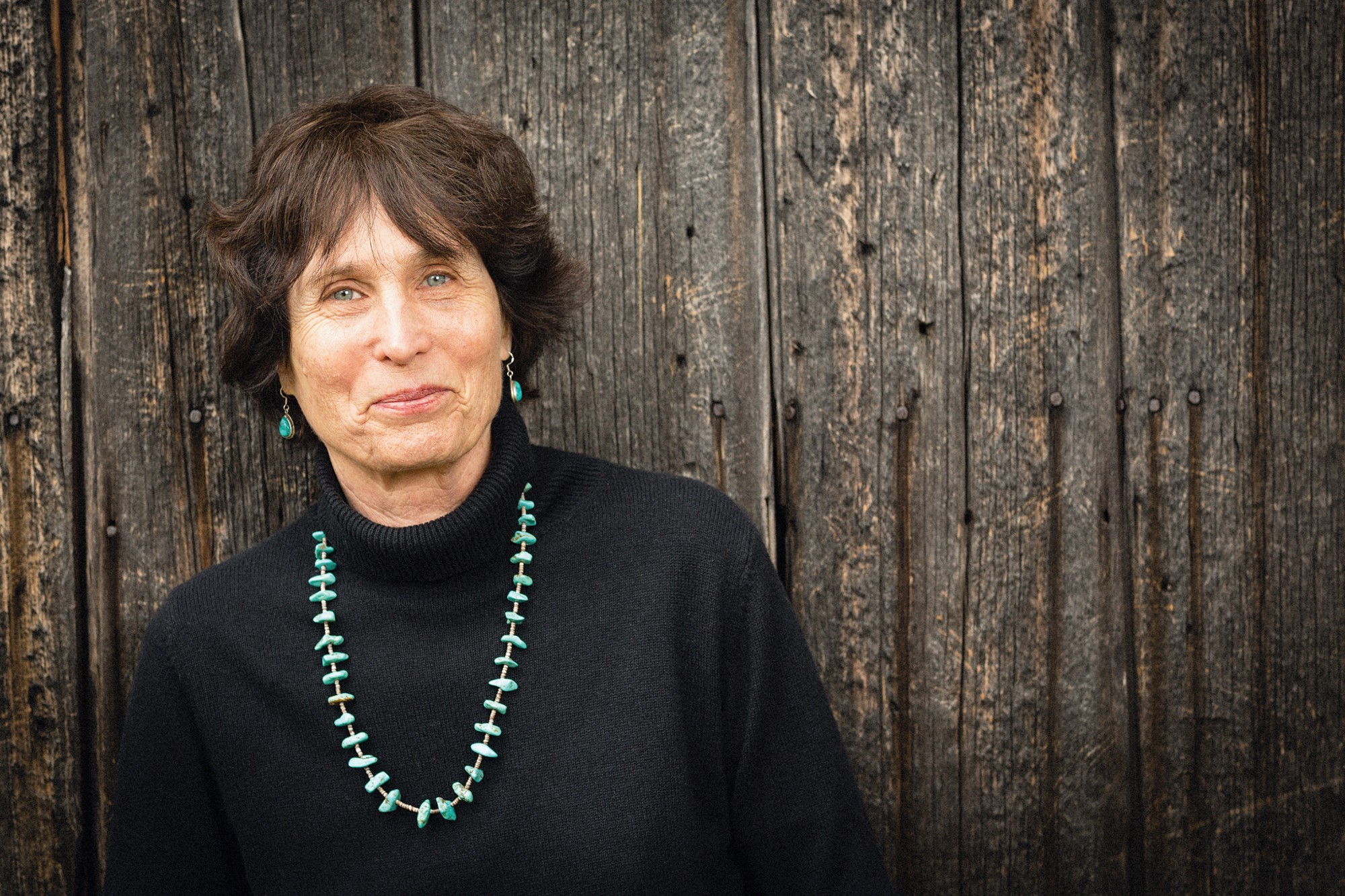 ABOVE ALL, RESPECT: Makepeace says editing her films requires a careful balance between the needs of the story and the desires of the subjects.

ABOVE ALL, RESPECT: Makepeace says editing her films requires a careful balance between the needs of the story and the desires of the subjects.

A little imagination can lead you around the world. Just ask filmmaker Anne Makepeace, who traces the roots of her career to a perch 30 feet high in a tree outside her childhood home in Connecticut. When she was a little girl, she’d often climb a nearby larch tree and quietly keep watch over the landscape. Wearing a homemade headdress of blue feathers, she’d imagine herself one of the native people who had made that land their home. Her third-grade teacher encouraged her to share with her class the tales she had dreamed up while she was in the tree. She didn’t know it at the time, but she was laying the groundwork for a future in storytelling.

Makepeace, ’69, MA ’71, MA ’82, has written and directed a dozen documentaries, from her first, Moonchild, to her most recent, Tribal Justice. Her films are powerful stories about often-overlooked people, especially those from indigenous cultures.

“[What] draws me is the opportunity to enter into new worlds that I don’t know much about and to discover those worlds and the people in them, whether they be Indian tribes or refugees from Africa,” Makepeace says. “You find a subject that enthralls you, and you dive in and explore. It opens up worlds and connections to people.”

Tribal Justice, which premiered on PBS in 2017, got its start when she learned about two judges who preside over the courts of the two largest Native communities in California. Judges Abby Abinanti, of the Yurok Tribal Court, and Claudette White, of the Quechan Tribal Court, work with state courts to assume jurisdiction over tribe members in the criminal justice system. In accordance with traditional Native American concepts of justice, Abinanti and White work to rehabilitate offenders rather than mete out prison sentences, and guide their reintegration into their tribes. The overarching goals are to address the root causes of crime, create opportunity for younger generations and strengthen the tribal communities, which could in turn reduce incarceration rates.

When Makepeace arrived at Roble Hall, she found Stanford wasn’t quite what she’d expected.

When she enrolled at Stanford in 1965, Makepeace was seeking her own new world, one far from New England. “I was just ready to burst out all over,” she says. “I felt very confined within strictures of that puritanical world. I wanted to break out. I wanted to surf. I wanted to go to California, where the beach was.” But when she arrived at Roble Hall, she found Stanford wasn’t quite what she’d expected. The ocean was “too bloody cold” to surf. And Makepeace, in her Mexican dresses and sandals, felt lost in Stanford’s sea of bouffant hairdos, stockings and heels. It was the mid-1960s, though, and over the next two years, “everything changed,” she says, as her peers became engaged in the protests sweeping across the country.

Makepeace was first exposed to documentary film through small festivals and showings at Stanford. After earning her master’s in education, she began teaching at a public progressive school in Woodside, where, as part of a filmmaking elective, her students wrote and made their own short films, first in 1-inch video and later in Super 8.

Something clicked. “I had a kind of epiphany shooting a chase scene at Great America,” she says. “I thought, ‘I want to do this. They are having all the fun.’” She returned to Stanford, this time as a master’s student in the documentary film program. “It was just like putting on shoes that fit. I loved it,” Makepeace says.

Her thesis project, Moonchild, a docudrama about a young man’s cult indoctrination and deprogramming, sold widely and won a half dozen awards. Makepeace thought perhaps she had arrived. But professional filmmaking was more difficult. Raising money was the hardest part — she’d apply for grants, receive rejections and apply again. If Makepeace raised less than she’d hoped, she would trim the size of the crew, ask some to work for less or cut her own salary.

‘When you ask people to reveal [themselves] as human beings — blemishes and all — you are asking a lot.’

Sometimes she’d get lucky, like when she lamented to her massage therapist about her struggle to finance the film that would become Rain in a Dry Land. Not long after, a like-minded client of the therapist offered Makepeace partial funding for the film, which chronicles the journey of two Somali Bantu refugee farmers and their families as they relocated to cities in the United States.

Now, at the apex of her career, what Makepeace cites as her impact is that people email her about films she made decades ago, speaking to how they have been touched. Admirers praise Makepeace’s ability to find and develop compelling characters. “She is a great storyteller,” says Pat Ferrero, a fellow documentary filmmaker. “Her stories are beautifully structured and accessible. She is really committed to audiences.” 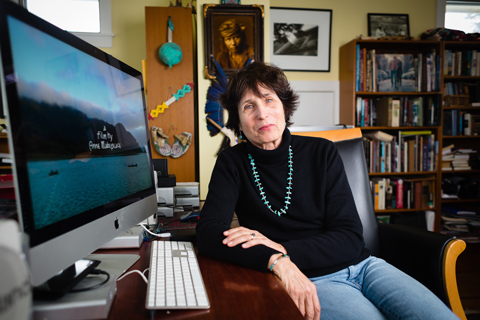 The genesis of that commitment is in her deep respect for the people she films. For Makepeace, building trust is one of the biggest challenges of filmmaking. “You are entering a community and convincing people to expose themselves in these films,” she says. “When you ask people to reveal [themselves] as human beings — blemishes and all — you are asking a lot.”

Making editing choices can be a struggle, as well. “Ethics are tricky. When do you turn the camera off? When do you include something they may not have wanted included?” she asks. “There is an altruism in there — this story can make the world a better place — but you also want to have a powerful story.”

Today, decades after Makepeace climbed trees and tapped into the power of stories, another blue feathered headdress hangs in her home office, a roost high above a meadow in Lakeville, Conn. This one she bought from Huni Kuin tribespeople in Brazil, when she traveled there to share her documentary We Still Live Here, about the Wampanoag, a Native tribe in the Northeast that revived its native language and reembraced its traditions.

Striking as it is, the headdress is not simply a decoration: It’s a connection to a young girl who dreamed of something expansive, and who has gone on to find it in the stories of people well beyond her own.

True to its roots, Stanford seeks to strengthen community bonds.