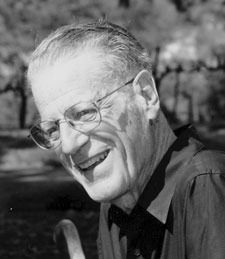 An architect of U.S. defense policy during the Cold War and a Stanford economist, Harry Rowen led the RAND Corp. when it produced the Pentagon Papers, the secret report scrutinizing the U.S. government’s actions in Vietnam. Years later, describing the project that radically altered the war’s course, Rowen said, “I’m one of the people who said we should really get a record of this thing which has turned out so badly.”

Henry Stanislaus “Harry” Rowen died on November 12 in Menlo Park. He was 90.

An MIT-trained engineer, Rowen worked at RAND until enrolling at Oxford for a master’s degree in economics. After brief teaching stints at Harvard and MIT, he was quickly recruited to Washington by the Pentagon to run the CIA’s National Intelligence Council.

He served as the deputy assistant secretary of defense in the early 1960s and then returned to RAND as president in 1967. That same year, Secretary of Defense Robert McNamara selected several RAND analysts for a top-secret study of the war in Vietnam that would become the Pentagon Papers. As the document showed, the American government had been lying to the public about the extent of its involvement. One of RAND’s analysts, Daniel Ellsberg, leaked portions of the study to the press in 1971, and Rowen resigned shortly thereafter. He joined the faculty of Stanford’s Graduate School of Business, where he spent the rest of his career as the Edward B. Rust Professor of Public Policy and Management.

A brilliant intellectual, Rowen “was forever reading,” according to his son Christopher, MS ’81, PhD ’85. He added that his father was the opposite of an ideologue, and he was a proponent of fact-based thinking. “He was tireless in taking protégés under his wing, not to promote a point of view, but to help them learn how to think.”

The only thing that mattered more to him than work was his family. Chris remembers a father who was invested in his children and who cared a great deal about setting a moral and intellectual example for them. “He was a public servant,” Chris stressed, “not looking for the limelight as he contributed.” Rowen believed in doing the right thing and treating people with fairness and respect, whether they were government officials or small children. “The running joke in the family,” said Chris, “was he was perfectly happy to have children at the dinner table, so long as they were willing to discuss the relative merits and demerits of rent control policy.”

Mike Vangel is a writer in Minnesota.