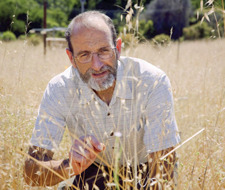 An abridged version of this article appeared in the print version of Stanford.

In the early 1990s, the majority of the world’s nations pledged to prevent “dangerous human interference with the climate system” by signing the United Nations Framework Convention on Climate Change. The point of the treaty was to enable world leaders to find ways to limit people’s impact on global temperature increases and to cope with their effects.

Since then, country representatives from around the world have met nearly every year to negotiate how to reduce greenhouse gas emissions. In 1997, most participants adopted the Kyoto Protocol, which legally binds developed countries who signed it to emission reduction targets. At the 2009 climate conference in Copenhagen, governments agreed to try to prevent the global average temperature from increasing by more than 2 degrees Celsius from pre-industrial levels, subject to review in 2015. But countries didn’t agree on how practically to achieve that goal, and many climate scientists argue we aren’t on track to achieve it.

This year, from November 30 to December 11, officials from more than 190 countries will convene in Paris to set climate goals for the next decade and beyond. Hopes are high that an agreement on practical steps can be reached where Copenhagen failed.

To better understand the upcoming conference and the state of climate science, Stanford sat down with Chris Field, an environmental studies professor here and the U.S. nominee to chair the Intergovernmental Panel on Climate Change (IPCC), the world’s top climate science body. [Editor’s note: On October 6, the IPCC elected Hoesung Lee of the Republic of Korea to the post.] In announcing Field’s nomination earlier this year, the Department of State noted his research publications have been cited more than 50,000 times and involve the subject matter of all three IPCC working groups—physical science, impacts and adaptation, and mitigation. Field, PhD ’81, is also founding director of the Carnegie Institution's Department of Global Ecology and faculty director of Stanford’s Jasper Ridge Biological Preserve.

Why are these climate negotiations the most important since Copenhagen?

In the broad agenda of developing large-scale agreements on climate change, what the world has tried to do every few years is to come together with an agreement that sets the marching orders for the next several years. That is what they attempted to do in Kyoto in 1997 with an agreement that the U.S. never ratified, and again in Copenhagen in 2009 without really reaching an agreement. Now is the next step to try to put in place the pieces of the agreement that will be implemented through the 2020s. I’m really excited about the progress toward Paris because I’m seeing a lot of really encouraging signs, not the least of which is the U.S.-China accord on climate, because I feel like it has a potential to break the logjam.

What do you think the Paris talks need to accomplish?

Eventually, to solve the climate problem, we need a way to drive emissions of these heat-trapping gases to zero. And we’re not going to get that in Paris, but I think that we might get a framework that allows us to hook additional pieces on as the world moves forward. What I want to see from Paris is a framework that’s robust enough that it has connecting points for future steps.

Are you more or less hopeful now than you were twenty years ago, when these negotiations were just starting?

Twenty years ago, I think people were a little too optimistic about what the possibilities could be. Twenty years ago would have been just before Kyoto, and people really thought that Kyoto was going to do it. And, actually, I think had the U.S. signed on at Kyoto, we’d be in a very different energy system than we are now. The bottom line is that sooner or later this problem is going to be so obvious that countries are going to recognize [it].

One of the interesting features of the last IPCC report that relatively few people get is that greenhouse gas emissions have to go to zero no matter what your temperature target is. Even if it is 4 degrees, eventually they have to go to zero.

Each successive report from the IPCC has stated with more certainty that humans are warming the planet. What more do we need to know?

I would argue that we know more than enough to start making ambitious commitments to tackling climate change. There are three areas with big science opportunities. One of these is being better about regions. We know a lot about global-scale changes, but we don’t know how predictable things are at the scale of individual regions, or what kind of preparations need to be made, or how they should differ between what we do in the U.S. versus what happens in Mexico or Canada.

A second thing that’s really important—and in many ways this is the most exciting science opportunity, maybe, of the century—is the science of solutions. A tremendous challenge is to put together the pieces to build the energy system of a global economy that increasingly lifts people out of poverty, meets economic aspirations, meets environmental aspirations and also drives emissions gradually to zero.

A third thing we can do is open the doorway to some dramatically new ways of doing and thinking about science. And for me, one of the most exciting areas is thinking about a new adaptation science. We know adaptation is going to be tremendously important. Climate impacts are going to occur no matter how ambitious we are about decreasing climate change. We need to be prepared for the impacts. But we also don’t know a lot about what kinds of steps are effective and which aren’t.

What recent changes in the climate have worried you the most personally? What keeps you up at night?

It’s hard to be my age, 62, and not have personal experience with climate changes that have already occurred. As a scientist, the changes that concern me the most are the ways that even subtle changes in climate can interact with other stresses on the society. Wildfires are a tremendous example in the United States, where development, which is pushing more and more people into the forest-urban boundary, along with an increase in fire risk, is really creating a terrifying situation. Even in settings where wildfires are a natural part of ecosystems, an increased number and intensity of fires, combined with more people in the forests, creates a tremendous challenge.

Most climate change occurs in the context of changing frequency, intensity or spatial distribution of extremes. The real concern in decades ahead is whether these shifts in the frequency and severity of extreme events are going to reach the point where we see large-scale shifts in where people live and work, or in whether there are deeply consequential conflicts that have one component that’s aggravated by climate change.

What changes have been the most surprising to you?

In climate science, we have tended to put a lot of emphasis on what are the most likely outcomes of climate change. And the big surprise is that, in many cases, we aren’t seeing the most likely outcome. We’re seeing something that is somewhere in the distribution, potentially out toward the tails. And at least for me, [one example is] the big, dramatic changes in the rate of loss of Arctic sea ice. It’s a very powerful reminder that we need to be prepared for the full range of possible outcomes, and not just the most likely outcomes.

What do you think is Stanford’s responsibility and role in addressing climate change?

Stanford has a very impressive energy system and a very impressive energy policy. The new central energy facility is really a landmark in terms of university-scale commitments. It has a number of really spectacularly effective energy conservation measures that are associated with it, and it also puts the university in a position where it can acquire as much as it wants of its energy from renewables. And I’m optimistic that the university is going to make very ambitious commitments to transition entirely to renewables over the next few decades.

What about humanity’s response to climate change makes you hopeful?

I think, fundamentally, this is a problem we can solve. We basically have the pieces we need to build a non-emitting energy system. We just need the political will and the coordination in order to deploy it. And if we deploy it sooner rather than later, we can really avoid the worst damages from climate change.

David Kroodsma, ’01, MS ’03, is as an environmental data scientist and a journalist in the Bay Area. He worked as a researcher in Field’s lab from 2003 to 2005, and Field served as his master’s adviser.