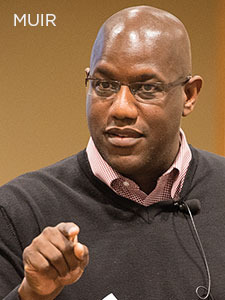 Two rules violations that the Stanford athletic program reported to the NCAA in 2014 have been confirmed as Level II (major) infractions, making them the most severe in university history. Stanford never has committed a Level I violation (the most serious), but has reported a number of Level III and IV infractions in recent years.

One violation concerned excessive practice hours by the softball team. The other involved impermissible benefits received by a football player from his landlord. Both were reviewed by the NCAA’s Committee on Infractions and led to a $5,000 fine for Stanford and a public reprimand.

In a statement announcing the NCAA findings, Stanford expressed its regret and said it had taken corrective action to ensure the violations are not repeated. Athletics director Bernard Muir said that the university “will continue to be diligent about educating student-athletes and supporters, monitoring its programs and, when a potential violation is discovered, vigorously reviewing the matter and self-reporting to the NCAA any findings.”

In the case of softball, Muir said the university began an internal inquiry in the spring of 2014. It found evidence of excessive practice time, and that the former head coach (John Rittman) disregarded NCAA limits on hours. According to Muir’s statement, the head coach resigned upon request; contracts for assistant coaches were not renewed; the program was penalized with a limitation on practice hours under the new coach; and the athletic department added a staff member to monitor practice hours for all student-athletes.

The football violation involved a summer rental program with community homeowners, enabling athletes to remain in the area for training and academic purposes. Such rentals are now prohibited, and players are housed on campus.

The player who received the impermissible benefits was former wide receiver Devon Cajuste, ’15, who issued a statement identifying himself. Benefits valued at under $400 included restaurant meals with the landlord’s family and use of a local vacation home. Another violation was a loan to purchase a bicycle (repaid by the time of the review). Stanford declared Cajuste ineligible; the conditions for his reinstatement included paying the value of the benefits to charity and serving a one-game suspension.

The Gravity of Inequality