Anderegg, '63, died December 27 of Müllerian ovarian cancer at her Palm Springs, Calif., home. She was 70. 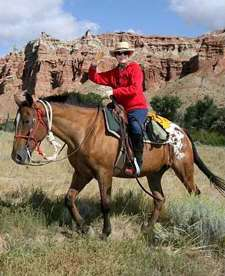 Born in Council Bluffs, Iowa, Anderegg studied English at Stanford, spending a year in France. She landed a copy editor position at Vogue on the introduction of a Stanford professor. Eight years later, she moved to Mademoiselle, where she rose to managing editor, and then in 1980 became associate editor at Vogue. In 1985, Rupert Murdoch tapped her to launch the U.S. edition of the venerated French magazine Elle. Within two years, it reached 1 million subscribers and garnered National Magazine Awards for general excellence and for design.

In 1987, Leonard Lauder recruited Anderegg to be president of Clinique, where she advocated for product- rather than celebrity-driven marketing campaigns. (The products, however, were shot by famous photographer Irving Penn.)

Anderegg furthered the careers of such women as Judy McGrath, chief executive officer of MTV Networks; Amy Gross, former editor-in-chief of O magazine; and Linda Wells, editor of Allure. Caryl Avery, an advertising entrepreneur who worked as a journalist and then at Clinique, calls Anderegg "one of the most generous and giving people I've ever known."

On an airplane flight in 1988, Anderegg met investment manager William D. Rutherford, the former state treasurer of Oregon. In 1993, she moved to Portland to be with him, and the next year they married. She is survived by Rutherford; daughter Margit Anderegg; stepsons Mel and Wayne Rutherford; two grandchildren; and her sister, Kathryn Miller.