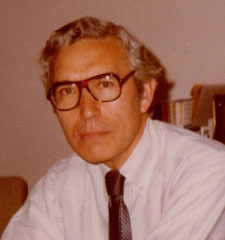 A quiet giant in the publishing industry, John Ferrone worked with such illustrious and diverse authors as Eudora Welty, James Beard, Anaïs Nin and Alice Walker. He started his career at Dell in New York in 1953 before moving to Harcourt, Brace & World (later Harcourt Brace Jovanovich), where he stayed for 35 years until his retirement.

Ferrone had a close relationship with Eudora Welty, accompanying the Southern writer to Washington, D.C., in 1986 when President Reagan presented her with the National Medal of Arts. The Collected Stories of Eudora Welty, edited by Ferrone, won the National Book Award for paperback fiction in 1983. That same year, Alice Walker’s The Color Purple, which Ferrone helped shepherd into print, received both the Pulitzer Prize and the National Book Award. A lifelong friend of James Beard, the legendary cookbook author and food writer, Ferrone served as Beard’s unofficial editor. A talented chef himself, he would polish Beard’s writing, and the pair frequently traveled and prepared meals together.

Author Deirdre Bair says, “I first came across John Ferrone when my first book was being published by Harcourt. In those days we had three-martini lunches, and it was after one that my editor and I were rollicking down the hall until we reached John’s office, which we passed with a reverential hush. Fifteen years later, I was working on my biography of Anaïs Nin, and John was a great help. . . . He was an editor who truly knew how to handle writers of every kind.”