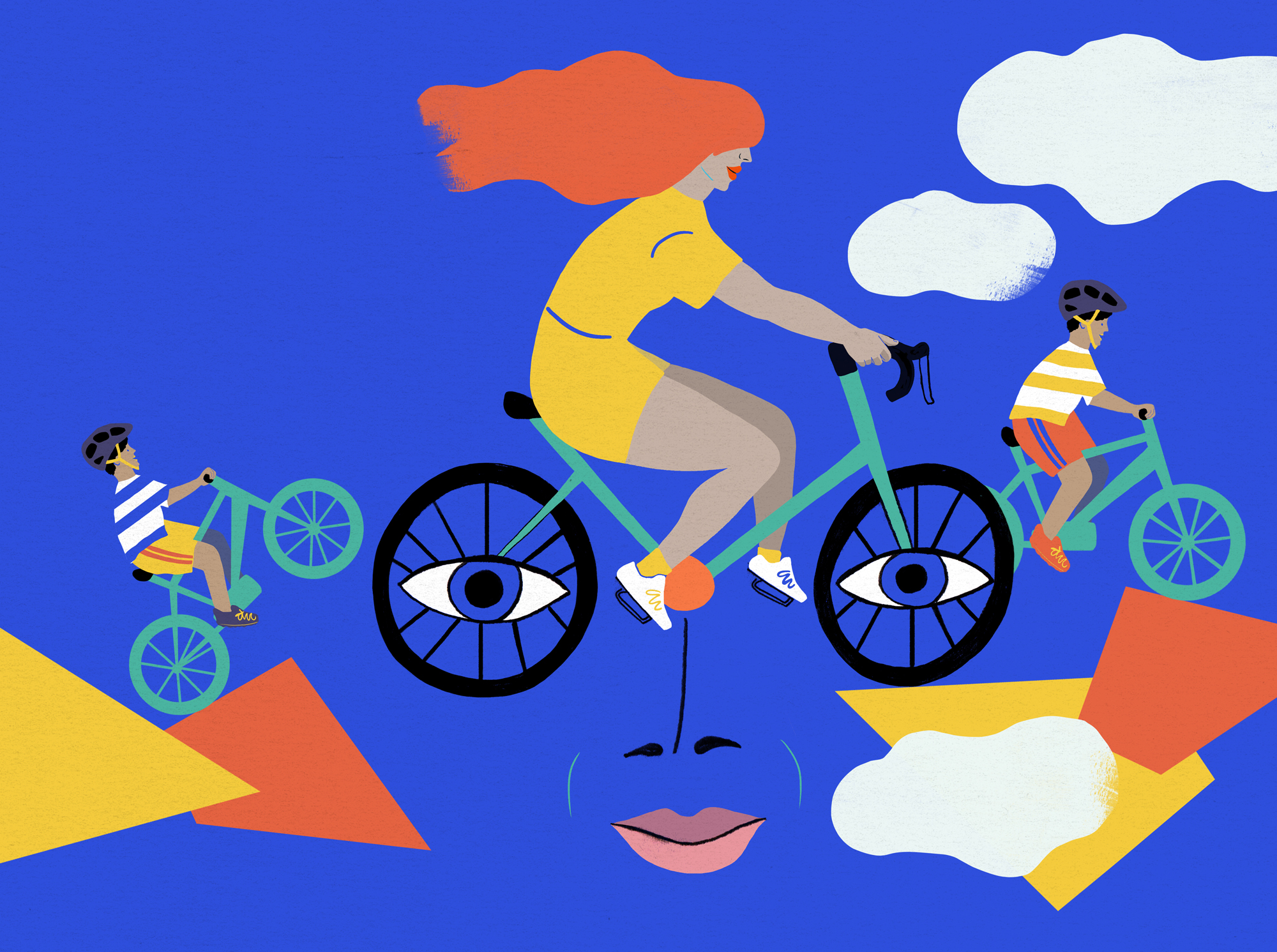 Until recently, my 9-year-old sons, Owen and Sam, did not ride bikes. Having separated from their dad when they were 2, I was too busy and drained from nailing down the “mom” stuff—making sure they felt loved and ate their vegetables—to have time for sports. Then the boys got bikes, and off we went to the school parking lot.

Owen, two minutes older than Sam, wanted to go first. I held on to the back of his bike as he started pedaling, and as he picked up speed, I let go, as I had seen dads do in those heartwarming real estate commercials. “Keep going, Owen!” I exhorted as I ran beside him, thrilled by my boy’s freedom as he realized he was on his own. Both he and Sam learned to ride almost instantly that day.

After a few afternoons of running after them as they rode in a big loop around the neighborhood park, I told them I used to love riding my bike, too, and maybe I should start riding with them. “Used to?” they said. “You say ‘used to’ about a lot of things. You used to play basketball, you used to play tennis.”

Let me say this for the record: Relearning how to ride a bike is not just like riding a bike.

“Well, I used to not have any children,” I wanted to say. I dusted off my old 10-speed that had been sitting in the garage, unused since my college days. (Yes, I used to go to college.) An afternoon in the shop and it was all ready to go.

Let me say this for the record: Relearning how to ride a bike is not just like riding a bike. Were the tires always this skinny? It felt so wobbly. When I turned to avoid a hedge, the bike didn’t, and I crashed. Also, my bottom was really sore after a few rounds.

Nevertheless, the boys and I decided to take our bikes on the path along the beach. Owen rode in front, then Sam, and I held up the rear, so to speak. I climbed on and started pedaling slowly. Then, as I went faster, feeling the sun and wind caressing my face, it all came back to me. Looking down at my thighs pumping and the wheels turning, I saw myself on campus again, going from my dorm in Governor’s Corner to Building 80 in the Quad, where I spent my afternoons in the human biology office, then pedaling back as the sun was setting, its golden hues reflecting off the sandstone buildings. I felt the same exhilaration now as I did then, watching my boys flying ahead, the tails of their hoodies flapping in the wind behind them.

“Boys,” I said as I very slowly dismounted, “did you see me pedal gingerly over that bump?” They laughed, and I felt a sense of peace about where we were and the road we were traveling on, bumps and all.

Dorothy Chin, ’85, a professor of psychology at Santa Monica College, lives and soars with her kids in Santa Monica, Calif.

Reflecting on life’s randomness after a dire diagnosis.