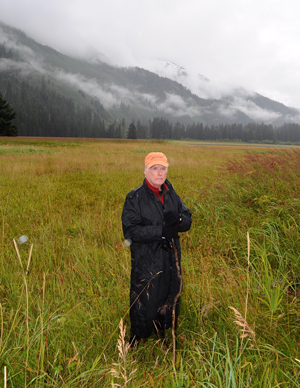 Bill Newsom once told an interviewer that as a young man he wanted to be a high school English teacher. Instead, he would rise to prominence as a champion of the environment, an appeals court judge for California’s First District—and the person charged with delivering the ransom money when billionaire J. Paul Getty’s grandson was kidnapped.

On December 12, 2018, William Alfred Newsom III, JD ’60, MA ’61, a native San Franciscan and the father of current California Gov. Gavin Newsom, died at his Pacific Heights home. He was 84.

Newsom’s life was forever changed by the friendships he formed with three fellow students at St. Ignatius College Preparatory in San Francisco: Jerry Brown and Gordon and Paul Getty Jr., sons of J. Paul Getty. As California’s governor, Brown appointed Newsom to the bench twice, first to the Placer County Superior Court in 1975 and then to the Court of Appeal in 1978. Newsom also served as a trustee for the Getty family, a position he devoted himself to after retiring from the judiciary in 1995, and he was godfather to Paul Getty III, whose kidnapping was dramatized in All the Money in the World, the 2017 film directed by Ridley Scott.

Though Newsom once described himself in an oral history interview with UC-Berkeley as a “rather undistinguished” student, he enjoyed considerable success. In addition to serving as a judge, he was a passionate defender of the environment, working to enact protections for the mountain lion, founding the Wildlife Conservancy, and serving on the boards of numerous environmental organizations, including Earthjustice, the Environmental Defense Fund, Sierra Watch and the Mountain Lion Foundation.

“For someone who had as much experience and good judgment as he did, he had a very light touch as a trustee,” says Abigail Dillen, president of Earthjustice. “He trusted the organizations he supported, and he worked hard to make sure they were well resourced. But he didn’t have a big ego.”

As a sole practitioner and later as an appellate justice, Newsom, who earned a master’s degree in English literature from Stanford, found an outlet for his love of language. In his written opinions and at oral argument, “he could pull a quote from just about anywhere in the English language,” recalls William D. Stein, who served with Newsom on the Court of Appeal. Stein adds that Newsom was one of the most intelligent people he had ever met, and also one of the kindest.

Newsom’s storytelling and sense of humor were also legendary. John Burton, former chair of the California Democratic Party, says Newsom had a “very dry wit.” He recalls complaining about splitting hefty dinner bills with Newsom and other friends at Enrico’s in San Francisco: “I said, ‘I’m having a Diet Coke and a cheeseburger, and you guys are drinking all this wine.’ And Billy said, ‘You’re not paying for the food; you’re paying for the bonhomie.’ That’s still my favorite Newsom line.”

Hilary Newsom Callan, Newsom’s daughter, says that her father thought of his family, his environmental work and his friendships as his greatest accomplishments in a life he considered complete.

“I’ve lived my life on reasonably decent terms,” Newsom said in the Berkeley interview. “I think that on balance I’ve done probably more good than harm. So I rest my case.”

In addition to his son and daughter, Newsom is survived by his daughter-in-law, Jennifer Siebel Newsom, MA ’97, MBA ’01, and six grandchildren.