Irrational or Only Human?

How behavioral economics can explain our choices regarding the environment. 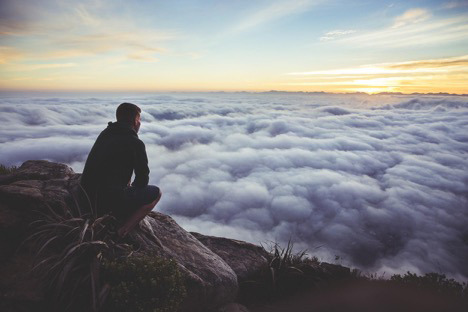 SAGE (Sound Advice for a Green Earth) is a project by advanced students in Earth Systems and other programs to answer sustainability questions.

Q: Suppose we tell a friend about the environmental harms of disposable plastic spoons, but the friend still chooses to use them. Is this a sign of irrationality? If so, what exactly is the nature of the irrationality, in the context of recent behavioral economic research?

Sure, your friend’s actions may seem irrational, but only because we aren’t viewing them through the proper lens. Behavioral economics research shows us that certain psychological barriers push the environment lower on everyone’s priority list than seems rational. However, once we understand these barriers, we can use the logic behind them to encourage environmentally sound decisions in ourselves and others.

One barrier is called discounting the future. Humans naturally think of present concerns as more important than problems that feel far away in time. This may explain why your friend (who understands the harms of landfill) still chooses a disposable spoon. The stomach is growling now, and the local dump won’t overflow until at least after lunch.

We also encounter a finite pool of worry. Humans don’t have enough brain space to worry about every possible bad thing; if you’re worrying about your next homework assignment, stressed about friend drama and have a million errands to run, remembering to pack your reusable bag is probably not going to be a top priority for you.

Additionally, we may be stymied by single-action bias. Say your friend makes a conscious effort to turn off lights when leaving a room. This one action can lighten the burden of combating climate change for an individual, who can then claim to have done something good for the environment.  Once “being green” is crossed off one's to-do list, further action (like eating vegetarian or reducing air travel) feels optional.

Although these biases may seem insurmountable, there is hope. Scientists Alexander Gattig of the University of Bremen and Laurie Hendrickx of the University of Groningen write: “Human decision-making centers on outcomes that occur to us, here, now, and for sure.” Positioning environmental issues to show how they are relevant on a personal level can make a big difference; so can reminders that the negative impacts of climate change are already happening. For expert opinions on how to counteract these biases to help us make the environmental changes that help us all, please read on.

In the Essential Answer, I explained how your friend’s seemingly irrational actions aren’t actually that irrational. But even though the actions have an evolutionary explanation, the problem still stands: Your friend engages in behavior that harms the environment—and, let’s face it, so do all of us. Though understanding human motivations can be difficult, behavioral scientists provide us with insights that can help you influence yourself, your friends and your family today.

Being more concerned with the present than the future is ingrained in the human psyche. Would you rather receive $5 now or $10 in a year? You, like most humans, would probably choose the five bucks now—even though Homo economicus knows that receiving more money later would lead to an overall greater benefit. The same thinking can be applied to climate change. Why sacrifice convenience and pleasure (driving cars, air travel, eating meat) in the present for something that may be less convenient or glamorous (biking, staycations, vegetarianism) now but have greater future benefits?

When it comes to global problems like climate change, the future may seem even more distant and removed from people’s personal lives. However, we can combat this bias by identifying and articulating the more personal impacts of environmental problems. You can start by making the future feel more, well, present. Instead of using detached numbers about rising temperatures (probably told in Celsius, too—another barrier for American audiences) or rising sea level, try presenting climate change consequences in terms of local effects (drought harming crops, loss of property due to natural disaster). Research has also shown that presenting information in terms of future losses, instead of gains, is more effective. So, instead of talking about the money saved (gained) from more energy-efficient appliances, tell your friends about how they can avoid losing money due to high electricity bills.

Facing all the issues in our world can be numbing. There are so many problems, so little time and so many contested solutions that paralysis seems like a reasonable reaction. Why do anything if there’s no hope? One way to combat a limited capacity for concern is to group issues together. Environmental problems, like climate change and conservation, are inherently linked to other issues like health and economics. For example, your neighbor may not be motivated to recycle for conservation purposes, but she does care about her family’s health. Try bundling environmental issues with the issues already in her pool of worries by explaining how toxic chemicals from landfills harm her and her family’s well-being. You may be able to encourage pro-environment behavioral change without explicitly bringing up the environment.

Single-action bias plagues us all. Doing one “good” action, like walking to work or making a conscious effort to recycle, can erase one’s feeling of environmental obligation and decrease one’s motivation to do more. However, making someone feel guilty for not doing enough is not the solution (and could lead to emotional numbing, as discussed above in the Finite Pool of Worry section). One strategy you may employ is called the foot-in-the-door technique. The aim is to take a person’s single action and incorporate it into their identity. Say, for example, your friend switches to LED light bulbs. By acknowledging this action and saying things like “Wow, you really do care about energy efficiency,” you can subtly encourage a person to self-identify as someone who does care about energy efficiency. By creating these labels, we can motivate people to move beyond being single-actors into lifetime actors.

Meredith Fischer, ’16, is a master’s student in Earth Systems.