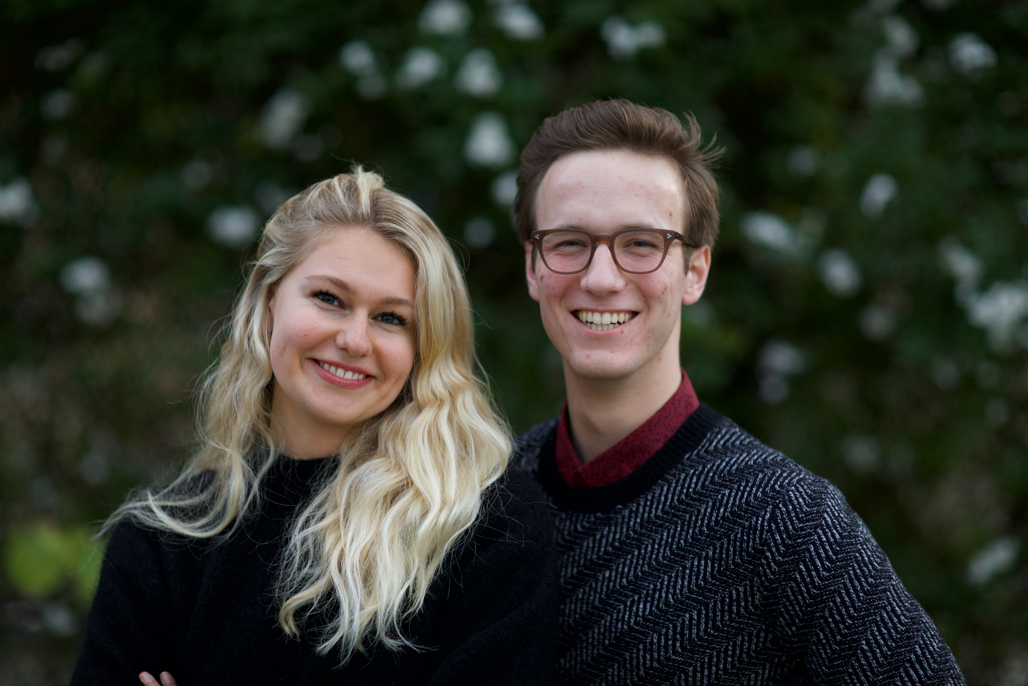 Time will tell if Sophia Sterling-Angus and Liam McGregor truly have the matchmakers’ touch, but the two certainly have claim on being viral marketers of a higher order, not to mention on being decent campus demographers.

In late November, the classmates emailed friends with an impish offer — insurance against waking up a decade hence with no prospects of a life partner. Students were invited to join the Stanford Marriage Pact, a 50-question query of values and “nonnegotiables” intended to pair respondents with a rainy-day soul mate. (Examples: “When should your child get a smartphone?” and “How much sex do you want to have?”)

“We can’t promise you a match made in heaven, but we can promise a match made by Nobel Prize winning algorithms and linear algebra! Swoon!,” their email read. “We hope you don’t need us . . . but better safe than sorry.’’

With some cajoling, the two figured they could probably count on 200 responses, plenty for their needs. The project, their final for Econ 136: Market Design, was inspired by a classic challenge in economics — “the stable marriage problem,” which tries to optimize romantic pairings between two groups.

Instead, the pitch snowballed through campus, attracting more than 4,100 replies, representing nearly 60 percent of all undergrads. Students from a half-dozen other schools were turned away. The mania peaked near midnight on the Monday of Dead Week, when matches were revealed. “I had friends who are [resident assistants] in freshman dorms and they were texting me, ‘Liam, Donner is melting down right now,’” McGregor, ’20, says.

Results sent many students hurrying to Facebook for glimpses of their matches, though others needed no introduction. At least two longtime couples, numerous exes and six pairs of siblings were matched. “I found that flattering,” says Sterling-Angus, ’19. “Our algorithm must kind of work.”

The pact’s popularity speaks to a paradox of romantic life at Stanford, McGregor says. Students may never again be surrounded by so many eligible partners, yet many are too busy trying to graduate, get jobs or change the world to meet them. And apps like Tinder involve too much revelation and judgment for comfortable use in a close-knit campus community.

Of course, many respondents were just happy for a Week 9 diversion. Freshman Tom Knowles said he responded about 20 seconds after receiving the email from an RA, to the mild consternation of his girlfriend, who didn’t take part. “I’m down for anything that randomly connects me with a person on campus,” he says. Knowles and a dorm mate got matched, one of three such couples in Otero. “We were planning on organizing a wedding, but it never happened.”

Sterling-Angus jokes that she’s hoping for at least one actual marriage to result from their efforts, if not from this go-round, perhaps from the next. In light of the pact’s popularity, the two are considering ways to refine the idea, perhaps into a company.

Regardless of what happens in the quest for love and lucre, Sterling-Angus and McGregor have captured an unusually detailed snapshot of Stanford undergraduate life late in the second decade of the 21st century, including the fact that 12.6 percent of the population identifies as other than heterosexual, nearly half consider themselves atheists or agnostics, and socialists and libertarians exist in near equal proportion (3.7 percent and 3.4 percent, respectively). Perhaps better not to match those last two.

When you ditch your old devices, does it really matter which bin you use?