I'm Going As Fast As I Can 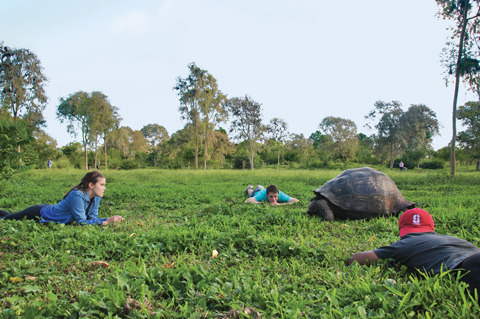 From left, sophomores Isabelle Crary, Liam McCarty and Antariksh Mahajan level with a giant tortoise on the Galápagos island of Santa Cruz during their Sophomore College trip. During the 11-day excursion, Professor Bill Durham, ’71, taught the group about evolution, conservation and adaptation. Meghana Rao, who took the photo, said she was intrigued by the calming effect of the tortoises. “Almost 50 of us entered into the large field of tortoises, and suddenly we, too, began to embody their nature,” Rao wrote in an email. “Our movements became slower, and our awareness of our surroundings increased.”