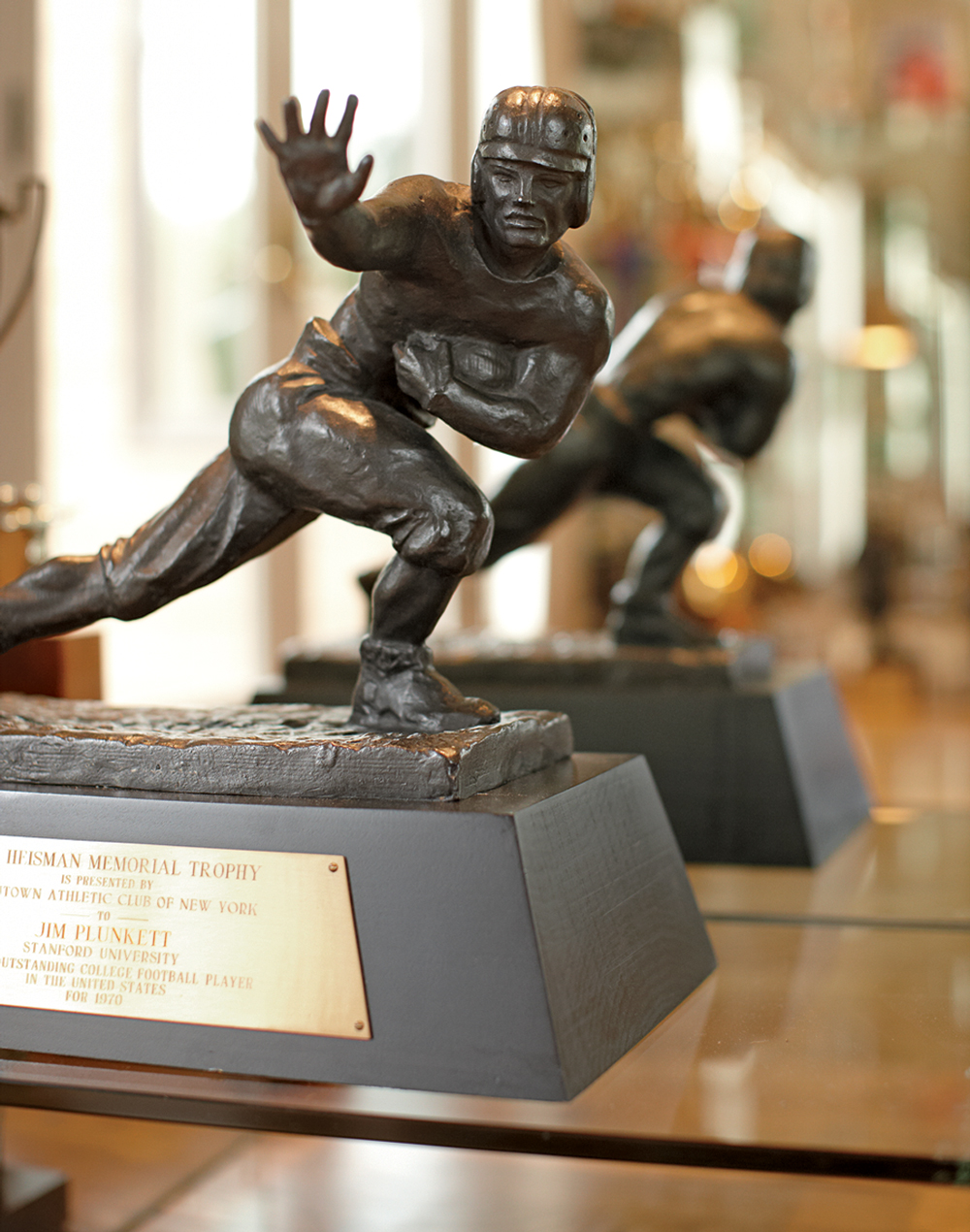 The Heisman Trophy race of 1970 is remembered for its promotional sideshow as well as the rivalry among three quarterbacks: Stanford's Jim Plunkett, Notre Dame's Joe Theismann and Mississippi's Archie Manning.

The most famous marketing moment came when Notre Dame persuaded Theismann to change the pronunciation of his name to rhyme with Heisman (previously, it was pronounced THEES-man). Time magazine reported on the huge campaign generated for Manning, with its bumper stickers, dolls and handbills, as well as a twangy recording, "The Ballad of Archie Who."

Bob Murphy, a longtime Stanford broadcaster who was the sports information director at the time, had no budget for an elaborate lobbying effort on Plunkett's behalf. He says Stanford's aversion to hype, Plunkett's ingrained modesty, and advice from former Heisman winner and Los Angeles sportscaster Tom Harmon led him to present the facts about his quarterback with a minimum of flourish.

The details of Plunkett's life, including his blind parents' struggles, had emotional power, of course. A brochure Stanford distributed—created for a bit more than $200, recalls Gary Cavalli, a student working as Murphy's assistant—got substantial media attention. And Cavalli, who now runs the Kraft Foods-sponsored bowl game in San Francisco, notes that Murphy was "the master of personal relationships" when chatting up Heisman voters.

In the end, Plunkett's record-breaking performance—he set NCAA career marks for total offense and passing yards—turned the Heisman race into a runaway. Plunkett got more than twice as many first-place votes as Theismann, while Manning, sidelined late in the season with a broken arm, was a distant third.

Murphy, with a wink to the technology of the era, says it all happened without him ever having to "put a strain on my mimeograph machine."

Mike Antonucci is the senior writer at Stanford.

Don't Drink the Water (From Your Dehumidifier): Essential Answer