The ramps are calling, and I must go. 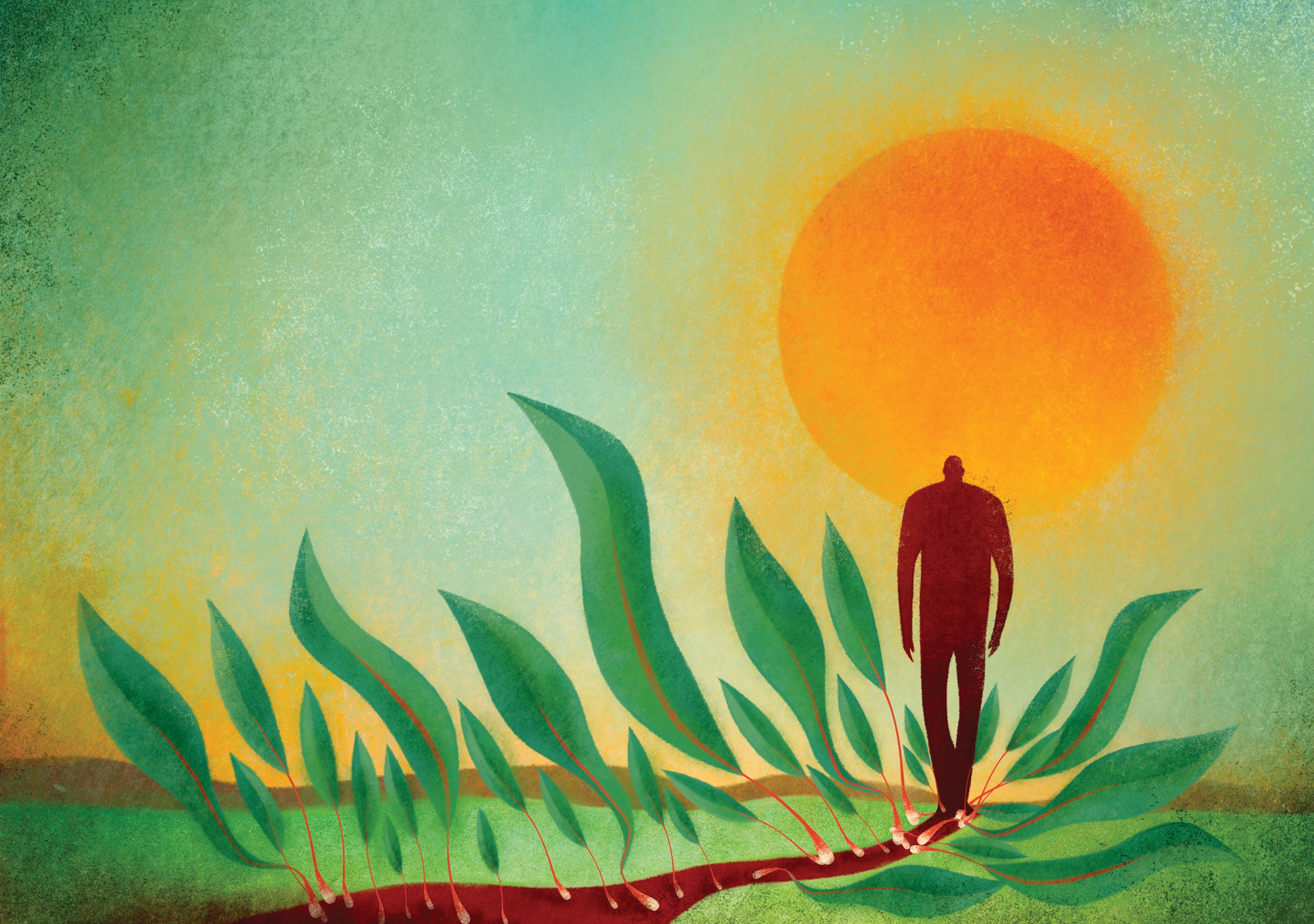 As you read this, ramps are on their journey to the sun. One Tuesday night last spring, an image popped into my head of their feathery green leaves unfurling in damp mulch. I knew that ramps (also known as wild leeks) could be found around Washington, D.C., where I was living, but I didn’t know where, exactly. Google Maps and news stories led me to a likely target 30 minutes away. I sat there with a half smile—did I dare to go tomorrow?

I had first encountered ramps when I was 19, while working on an organic farm in upstate New York after stopping out of Stanford for a quarter. In the 12 years since, I’d foraged for them four or five times. It would be a stretch to call ramping a tradition, but I aspired to make it one.

As I sat there on my bed, stuck in habits of anxiety and avoidance that predated the pandemic but had worsened during it, I experienced a pull to the woods, acutely, to gather. I’d been feeling unsatisfied, drained by the struggle to figure out whether I’d chosen the wrong paths in career and love or had developed unrealistic expectations for them. The decision to forage was a step toward relearning to trust instincts that had often led me into narrow places.

There they were, in clumps, just as I remembered them: like drooping, rounded swords.

The next day, when I got to my chosen stretch of woods, I picked a path along a ridge looking down on a creek—ramps prefer creek bottoms and damp hillsides. After two false alarms, I followed another swath of green off trail and around a large fallen tree. There they were, in clumps, just as I remembered them: like drooping, rounded swords. I broke off a leaf to be sure and inhaled the sweet, oniony scent. With my trowel, I loosened the dirt at several points around a clump, then levered upwards. Up came three bulbous shoots, their bases covered with layers of yellowing skin and trailing coarse, wavy roots.

I walked on and came to an area on the creek bottom carpeted in ramps. From these, I simply pinched a few leaves off at the stem, one per plant, which allows it to send up a new leaf and go to seed.

In a patch of sunshine, I stopped to take stock. Mainly I felt impressed that this gambit had paid off. I wanted to feel something deeper, and I knew by now that emotion could follow performance. So I made up a ritual: standing with arms slightly out, palms up, and turning slowly in a circle, trying to inhabit thankfulness. “I don’t know exactly what a prayer is,” I thought, with a nod to both Mary Oliver and Robin Wall Kimmerer, whose words have inspired me. I do know how to turn my face to the sun.

The sweetest rituals, I’ve learned, might be the ones you feel just beginning to take root.

Nathaniel Eisen, ’11, is a lawyer and a writer whose career path led him to the forager’s paradise of Burlington, Vt., where he now lives. Email him at stanford.magazine@stanford.edu.

How one tiny cactus boosted my will to give.