If your academic passion had you taking the road less traveled (we’re looking at you, religious studies!), there can be an added layer of difficulty when it’s time to find work. Whether you’ve got a freshly minted art history degree or have been in the workforce for just a couple years, fuzzies might find themselves needing to explain what they studied and how it prepared them for the job they want. What’s a comparative literature major to do?

We called up career coach Anna Ranieri, PhD ’98, for advice on how to convey what you learned no matter what you studied.

So classics was awesome, and we know you have tons of skills because, hey, we’re Stanford, too. But how do you convince interviewers to see beyond your knowledge of Ovid and focus on the concrete value you offer?

“It can be a difficult issue in terms of maintaining confidence,” says Ranieri. But at the end of the day, “whatever [you] majored in, [you] have a degree from Stanford.” Keep two things in mind: 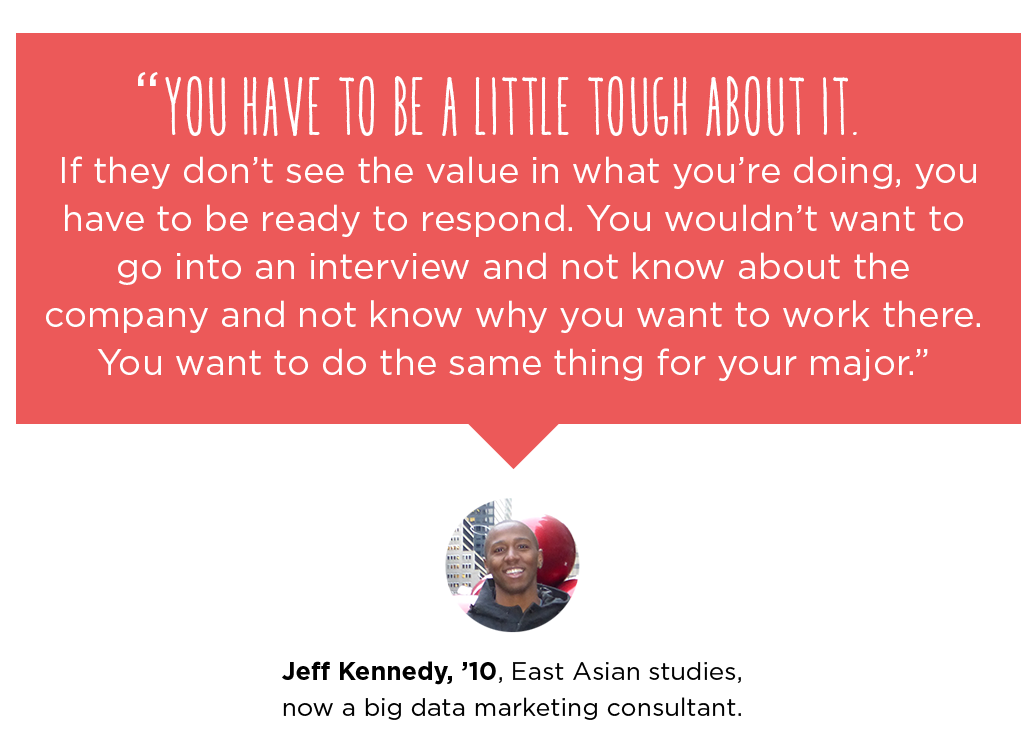 “I see a lot of 20-somethings who worry that before they’ve reached 30 they’ve worked in a number of different places, and that’s ok,” says Ranieri. Remember, recruiters and interviewers are people, too, and it may have taken them a while to get where they are. 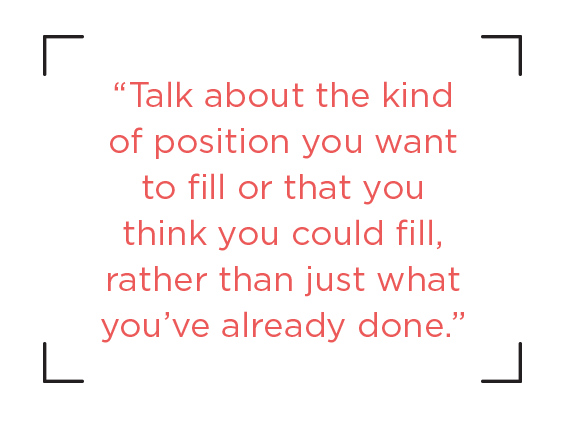 The important thing is to make sure your résumé and cover letter reflect the direction you want to go. “Your résumé may show all these different experiences you’ve had so far,” says Ranieri, “but in your summary at the top, you can talk about the kind of position you want to fill or that you think you could fill, rather than just what you’ve already done.” 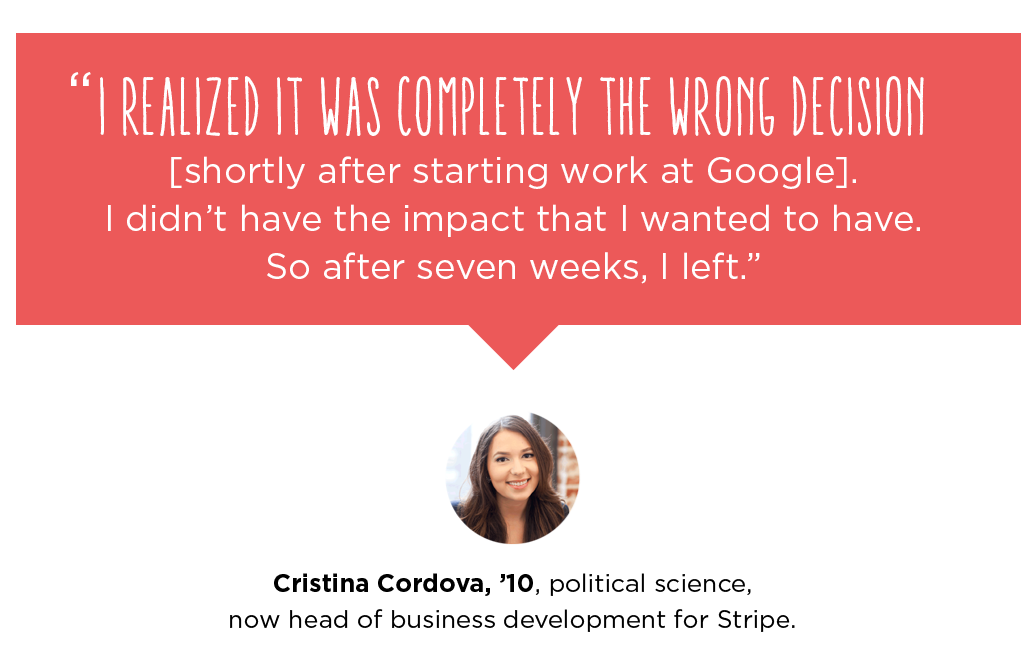 “Get past the titles and positions,” Ranieri says, especially if you don’t have much work experience yet, and look for common themes in what you’ve done. “Talk about skills, strengths [and] experience. Show people how what you have done in a variety of settings does add up to something that will be important for their team.” 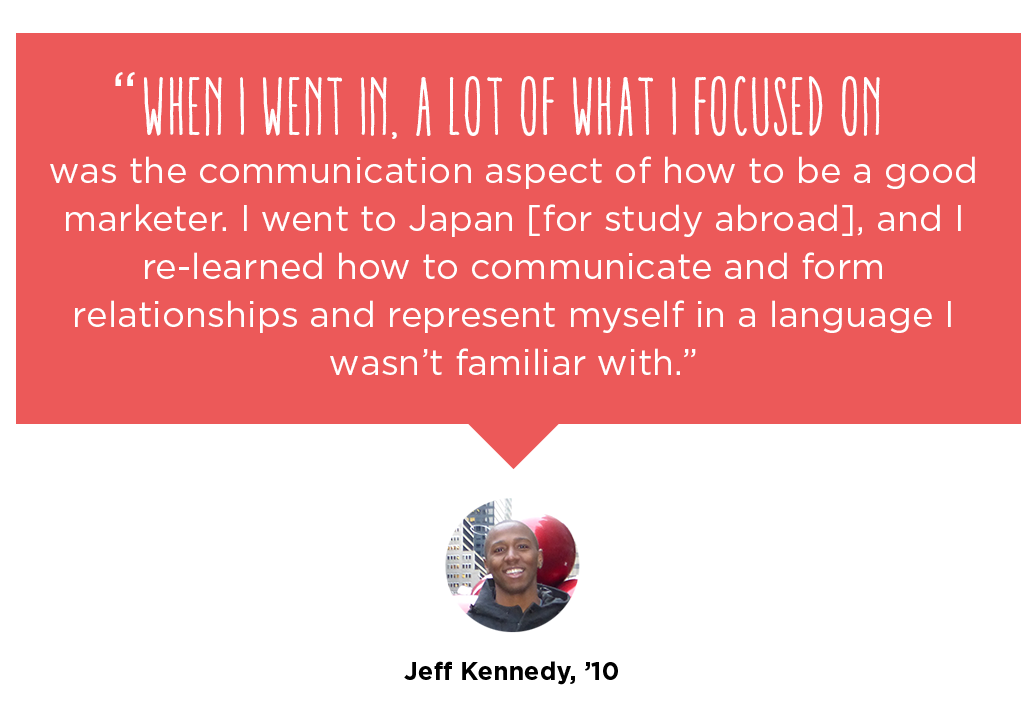 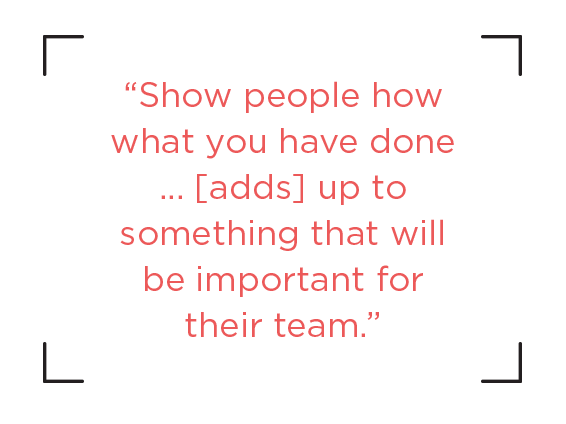 Bring the pieces together

Tell a coherent story with your résumé, cover letter, and interview. People may think of them as separate things, but if you use them together, it allows you to “lead the conversation — whether it’s a written one or a spoken one,” says Ranieri. “That way, you tell the story.” Your story might focus less on the specifics of the courses you took and more on, say, leadership experiences outside of class that make more practical sense to employers. 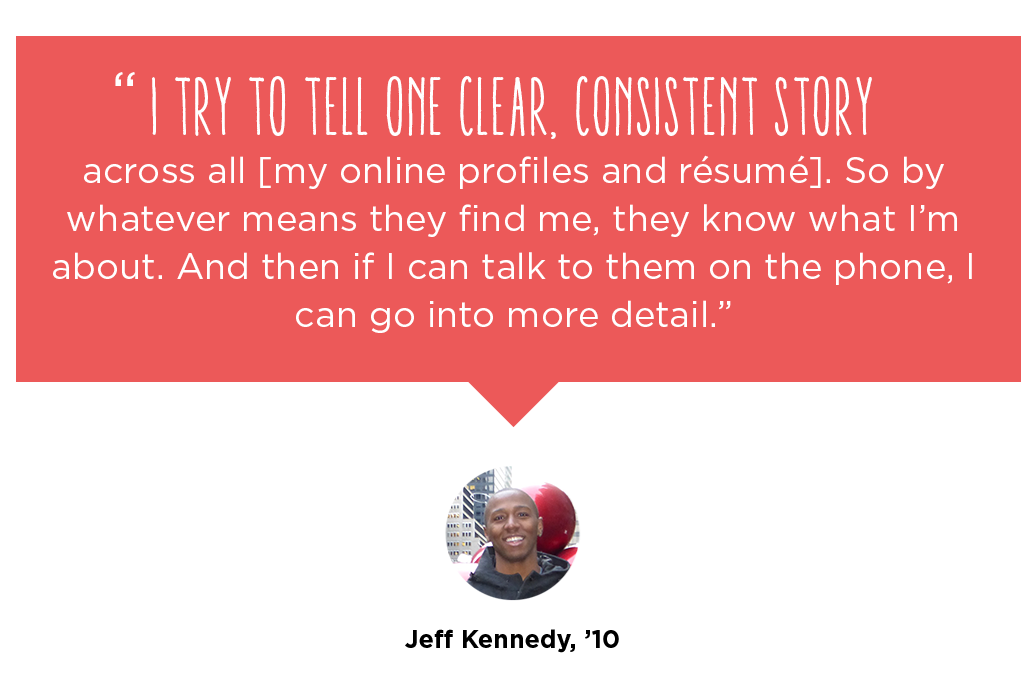 Do the words “networking event” make your skin crawl? For some, it’s because they’re introverts. Others feel like they’re asking strangers for too-big favors — silly, Ranieri says, since most people like helping other people, as they were once helped, too.

Either way, Ranieri stresses that “it really is all about networking these days.” Meeting new people in your field, or the field you want to get into, can serve you in several ways. It gets your name out, and it helps you learn about potential employers you’d like to work for — how they think, how they speak and what they look for in employees. Plus, people like to hire people they already know. 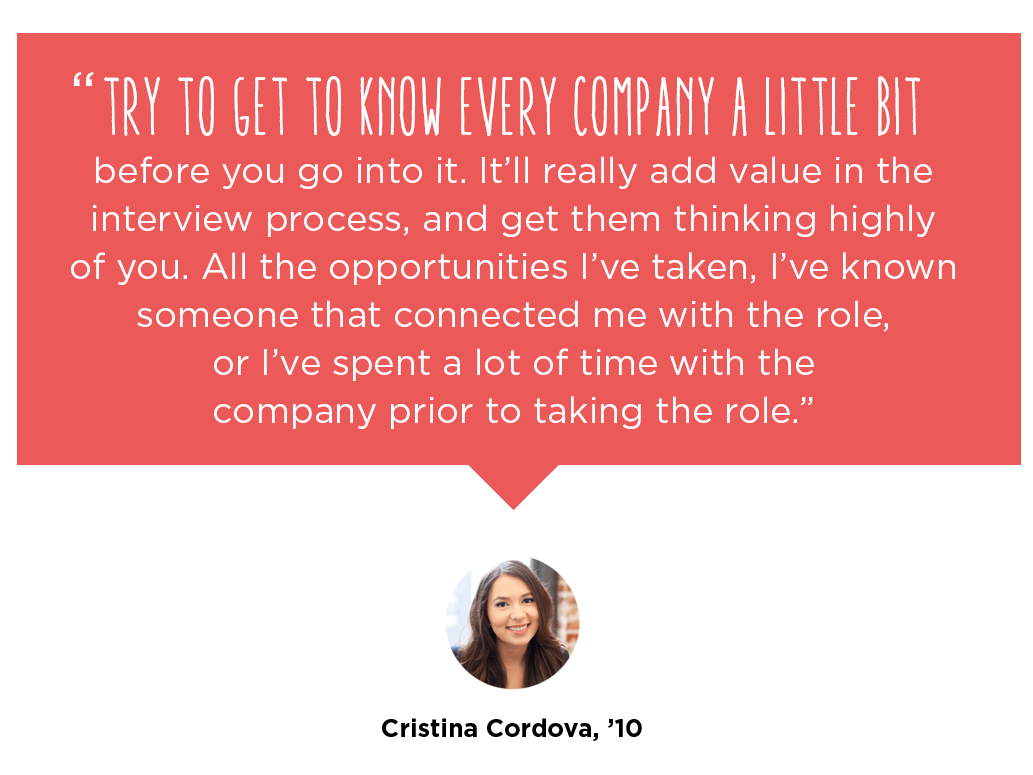