The quest to fetch sea litter.

In any given year, some 640,000 metric tons of fishing gear is abandoned in the oceans. The nets and traps drift from where they were placed and continue to collect and kill hundreds of thousands of fish—for no one. It’s known as ghost fishing, and in addition to being bad for sea life, it costs fisheries thousands in lost equipment and harms the harvest. 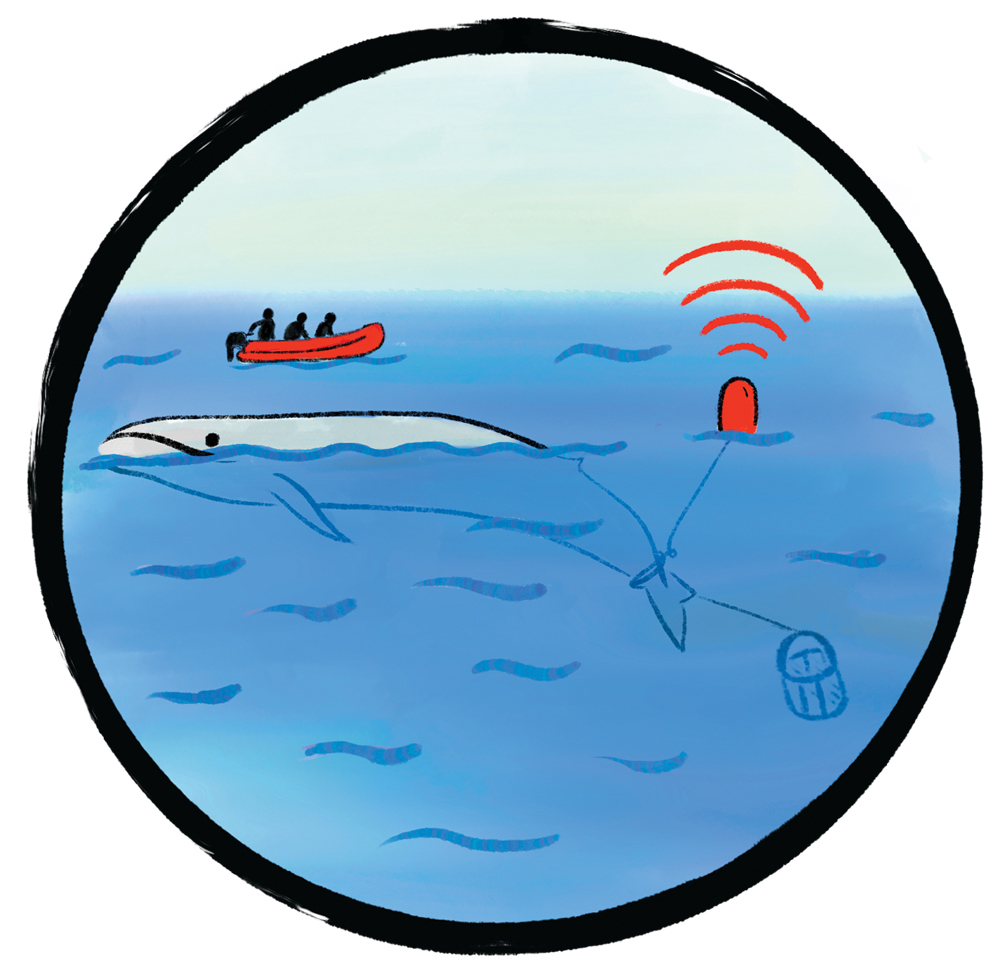 But Kortney Opshaug, PhD ’01, a marine and aerospace engineer with expertise in underwater robotics, has a solution: trap tracking. Blue Ocean Gear, which she founded in 2015, produces small orange and yellow Smart Buoys, which help fishermen relocate their lost tackle.

“At its core, the buoy is a GPS tracking device, similar to many that are used on land,” Opshaug says. “We spent years with fishermen just learning how they operate and listening to what they need; they really came up with the design.” Now, Smart Buoys are at work off the coasts of Alaska and Nova Scotia; Opshaug expects to have roughly 500 on the water by year’s end. Next stop? The open seas.

Elizabeth Lindqwister, ’21, is an editorial intern for Stanford. Email her at stanford.magazine@stanford.edu.