When Michele Foss steps into a craft store, “it’s just game on,” she says. By the time she departs—cart filled with everything from feathers and fabric to place mats and plastic toys—she can hardly remember what she went in for.

For Foss, ’96, these shopping trips are an essential part of making a fascinator—an ornamental headpiece attached to a headband or clip. Fascinators are easy to spot at royal weddings and on Derby Day, but they’re also increasingly popping up in less formal settings, like backyard photo ops for social media.

“This whole influencer culture is creating moments at home that used to be relegated to supermodels and fancy photoshoots for Vogue or Elle,” she says. For most of the year, Foss is a professor of communication studies at Sacramento State. But since 2008, summer has been her fascinator season, when she dreams up creations for friends and customers who want to stand out at weddings and galas. 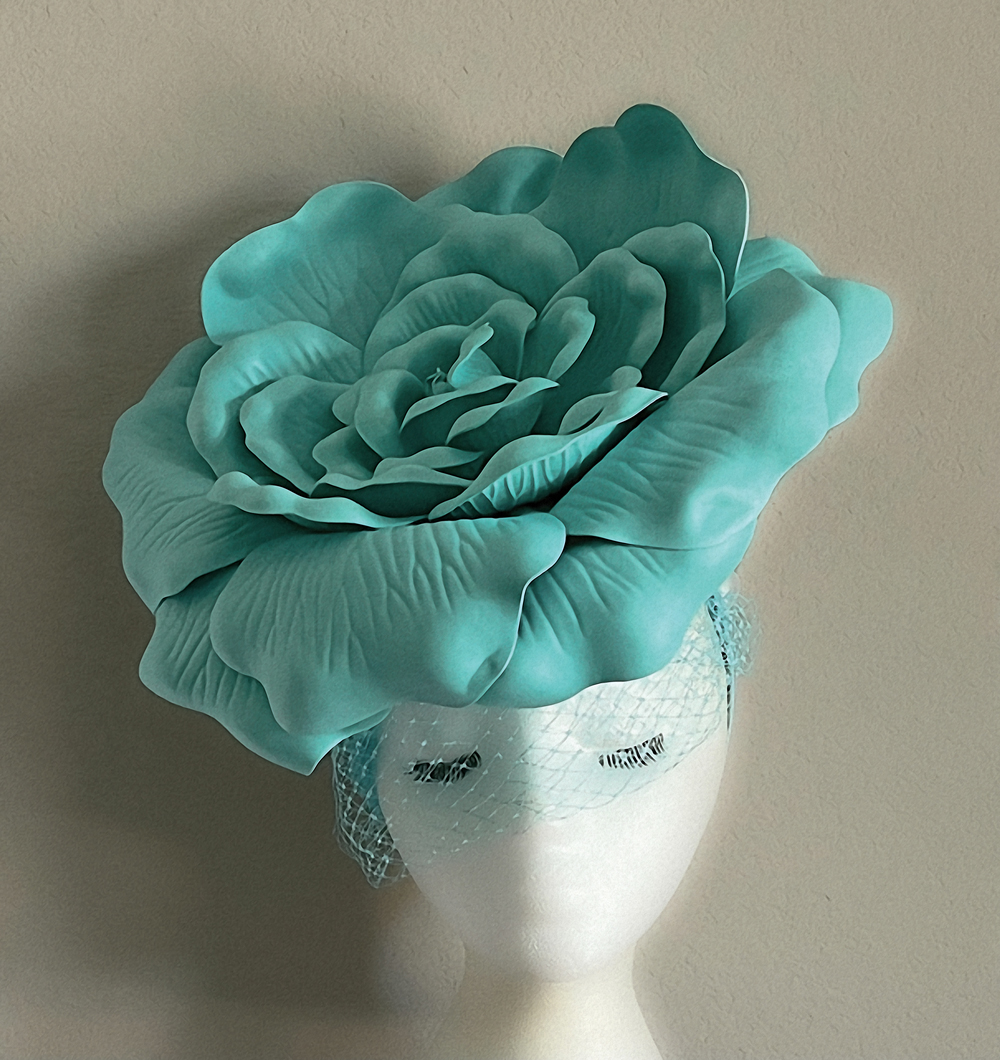 Each of her designs, posted on her Instagram @curiouscrowns, gets a name: “Savanna,” with beige ribbon ringlets and twisted twine, has a safari theme. The bright green leaves of “Andrea” were inspired by cabbage. From afar, “Twilight” looks like a tilted blue top hat, but viewed closer it reveals itself as a large blue flower, its fabric petals unfurled and glowing thanks to hidden LEDs. The key to painstaking craftsmanship? “Hot glue,” Foss says. “Lots and lots of hot glue.”

Foss’s friend and former student Elaine Welteroth—a judge on Project Runway—is probably her most famous client. But her sights are set even higher—she’d like her creations to be donned across genders and grace even more famous noggins. “Is there a way that I could attract, like, a Billy Porter, for example, into wearing a fascinator?” she asks, referring to the Tony Award–winning actor and fashion icon.

“It’s that idea of risk-taking,” she says. “Fascinators are not for the kind of person that is shy. They’re really for the people who are like, ‘Yeah, look at me. I’m fascinating.’ ”