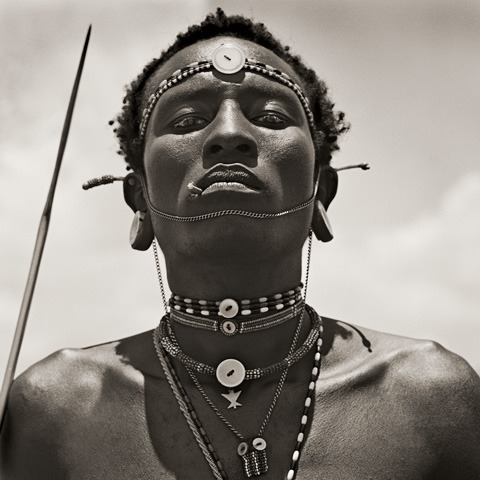 Dana Gluckstein has made a living by photographing people and products for magazines and advertising, but she's made her life by photographing the 6 percent of the world's population who are indigenous peoples. In places as far-flung as Bhutan and Bali, Haiti and Hawaii, Gluckstein, '79, has used her trusty Hasselblad to document traditional tribal lives—often ones that have been encroached upon by corporate or missionary interests. Some 90 portraits are gathered in Dignity (powerHouse, $39.95), a collection published to honor the 50th anniversary of Amnesty International and to bolster support for the United Nations Declaration on the Rights of Indigenous Peoples. Portraits also will be exhibited in Germany and, later, the United States. Archbishop Desmond Tutu, in his introduction, writes that Gluckstein's work allows us to look into the eyes of "those distant cousins you have not seen in so many years, for whom your heart ached without knowing."