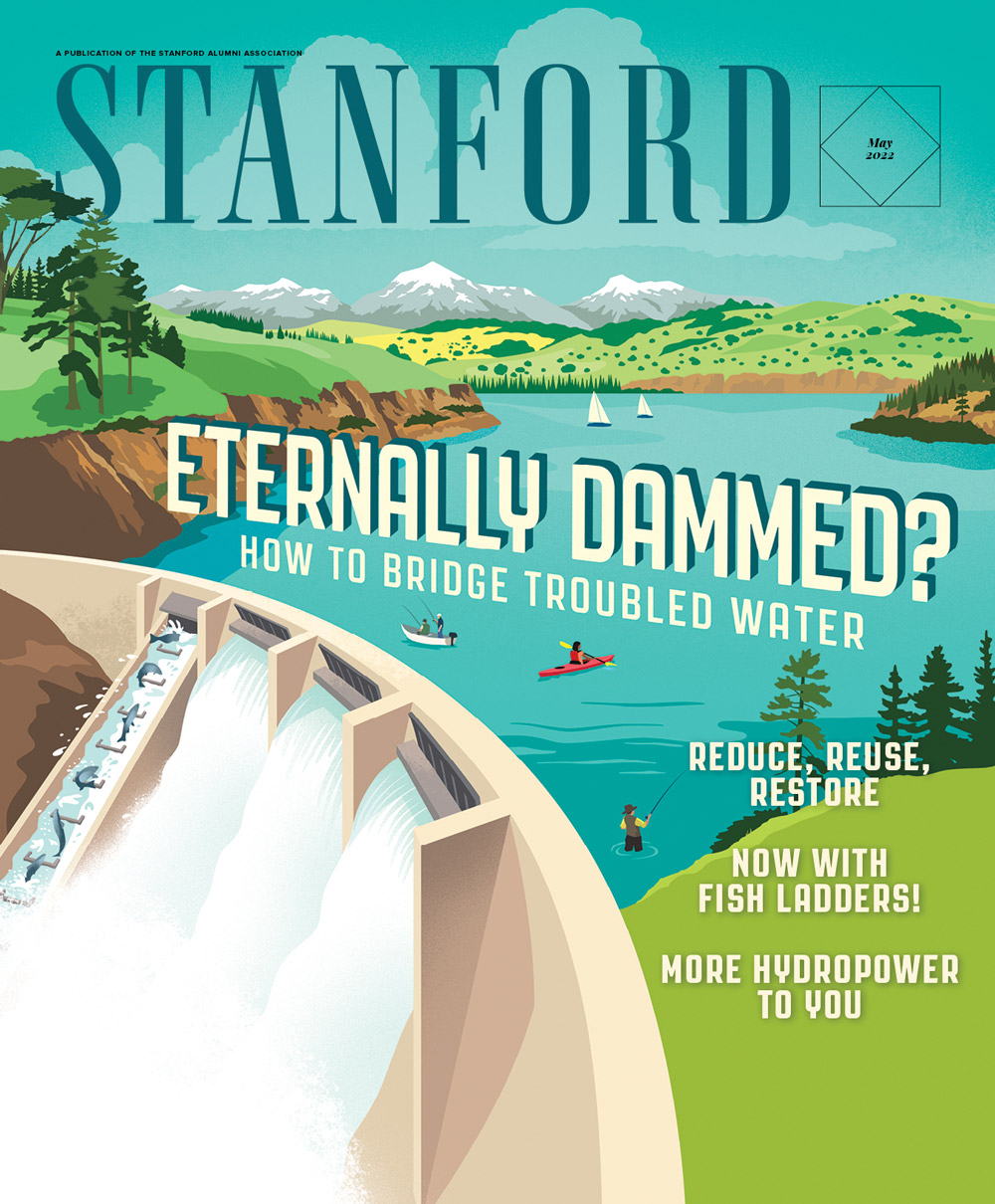 Our May cover story examined how longtime adversaries have come together to improve hydropower practices and the health of rivers.

Your article was refreshing and uplifting in terms of getting people from both sides of the aisle to find common ground and work together for the good of all. Would only it be that the Uncommon Dialogue approach be adopted by the U.S. Congress to a much greater degree.
Richard E. Jones, PhD ’70
Saffron Walden, United Kingdom

Thankfully, stakeholders are less adversarial when it comes to dams. But please note that fish ladders are at best marginally successful, not to mention hydroelectric turbine–caused mortality to anadromous species on their downstream migration.
Ray Nagashima, ’80
Westminster, Colorado

It’s All About That Brain

In May, we explored the work of profiled cancer neuroscientist Michelle Monje, MD ’04, PhD ’04.

What a terrific, inspirational story. I couldn’t stop reading. Everyone involved is remarkable. I needed this reminder of the world of hope that parallels that venality and madness that dominate the news.
Jeffrey J. Wine
Professor emeritus of psychology
Palo Alto, California

I simply want to convey a strong “You GO, girl!” to Monje for thriving despite the jaw-dropping misogyny she encountered in her high school biology class.
Betsy J. Blosser, PhD ’83
San Mateo, California

The Long Way Around

Matt Rodgers, ’91, wrote an essay for our May issue about returning to finish his degree 30 years after his senior spring went south.

This story inspired and motivated me to return to Stanford to complete my degree in economics. I am a firm believer that all things happen for a reason, and I thank Rodgers for having the courage and will to share his story.
Jose Juan “JJ” Mancera, ’94
Salinas, California

In May, two former New York Times journalists reflected on working in the Soviet Union in the 1980s.

I, too, became a Moscow bureau chief (for U.S. News & World Report, 1976–79) and can personally vouch for the harassment details in this article. It required strong nerves. I managed to appear in Pravda (a badge of honor, I feel) three times. What has developed post-Gorbachev under Putin always seemed likely. Order, not chaos, is and ever has been the ordinary Russian leitmotif. Today, Putin, for all his lies, fanaticism and strong-arm tactics, sings from the same song sheet as the vast majority of the population. No widespread disillusion will follow the Ukraine war, whatever its outcome.
Robin Knight, MA ’68
London, United Kingdom

The May cover story on dams should have said that wind and solar power can be stored once they are converted into electricity, and that hydropower makes up 7 percent of U.S. electricity (not energy).

Our May profile of Michelle Monje should have referred to neuroblastoma as a cancer that arises in nerve cells, rather than in the brain.

The March Farewell for Wilma Chan, MA ’94, should have indicated that she was struck by a car in Alameda, Calif., rather than in Oakland.

Our March profile of Ricardo Muñoz, ’72, should have said he was born in Chosica, Peru, rather than Joka, Peru.

On the edge of campus sits a historic cactus garden with a thicket of stories to tell.