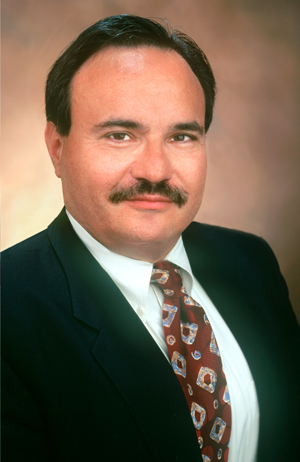 In his memoir, Kidnapped by Nuns, longtime radio reporter Bob Fuss describes how grateful he was to his mother for the gift she gave him as a child. When he fell down, she let him figure out how to pick himself up, even when others disapproved.

Fuss was born on Long Island in 1954 with a range of birth defects comparable to spina bifida. “My feet pointed the wrong direction, my knees didn’t bend, internal organs were messed up,” he wrote, with his trademark absence of self-pity.

Known for his high-profile political reporting at United Press International and CBS, Bob Fuss, ’74, died of leukemia on May 27, at his home in Falls Church, Virginia. He was 64.

He walked on sticks supported by braces under the elbows, and he had tremendous upper body strength. Despite—or perhaps because of—his disabilities, he turned every challenge into an advantage. He learned to skateboard, kayak, dive, snorkel and whitewater raft, and he devoted his weekends all his life to helping disabled children learn to swim at the YMCA.

What impressed his friends, including Michael Freedman, his boss at UPI and at CBS, was that in decades of working with him, they never once heard him complain or speak ill of anyone. He devoted his energy to following his deep curiosity about the world and explaining its glorious complexity to others.

He began his career working on the kidnapping case of Patty Hearst in 1974 after graduating from Stanford at 20; at 22, he became the UPI bureau manager in Los Angeles, where, in time, he covered Ronald Reagan’s presidential campaign and 15 Academy Awards ceremonies. He went on to CBS, where he covered Congress from 1998 to 2014.

Fuss loved the campaign trail. He noted how Nancy Reagan didn’t hand out chocolates to women reporters who didn’t wear skirts or dresses, and how George H.W. Bush showed more genuine interest in the reporters covering him than his rival Bill Clinton did. Fuss had a shrewd sense of his subjects. “The worst thing I can do to a politician is not to reveal some deep dark secret, it’s to ignore him,” he wrote. “Being questioned is annoying for a president; being ignored is intolerable.”

For almost two decades, Fuss gave guest lectures to the journalism students in Freedman’s classes at George Washington University. He described short-form radio reporting as gathering all the facts and pouring them into a funnel, distilling the essence. “Tell the story simply, but not simplistically,” he told the students. “Never talk down to your audience.”

Fuss is survived by his mother, Carolyn, and a sister.