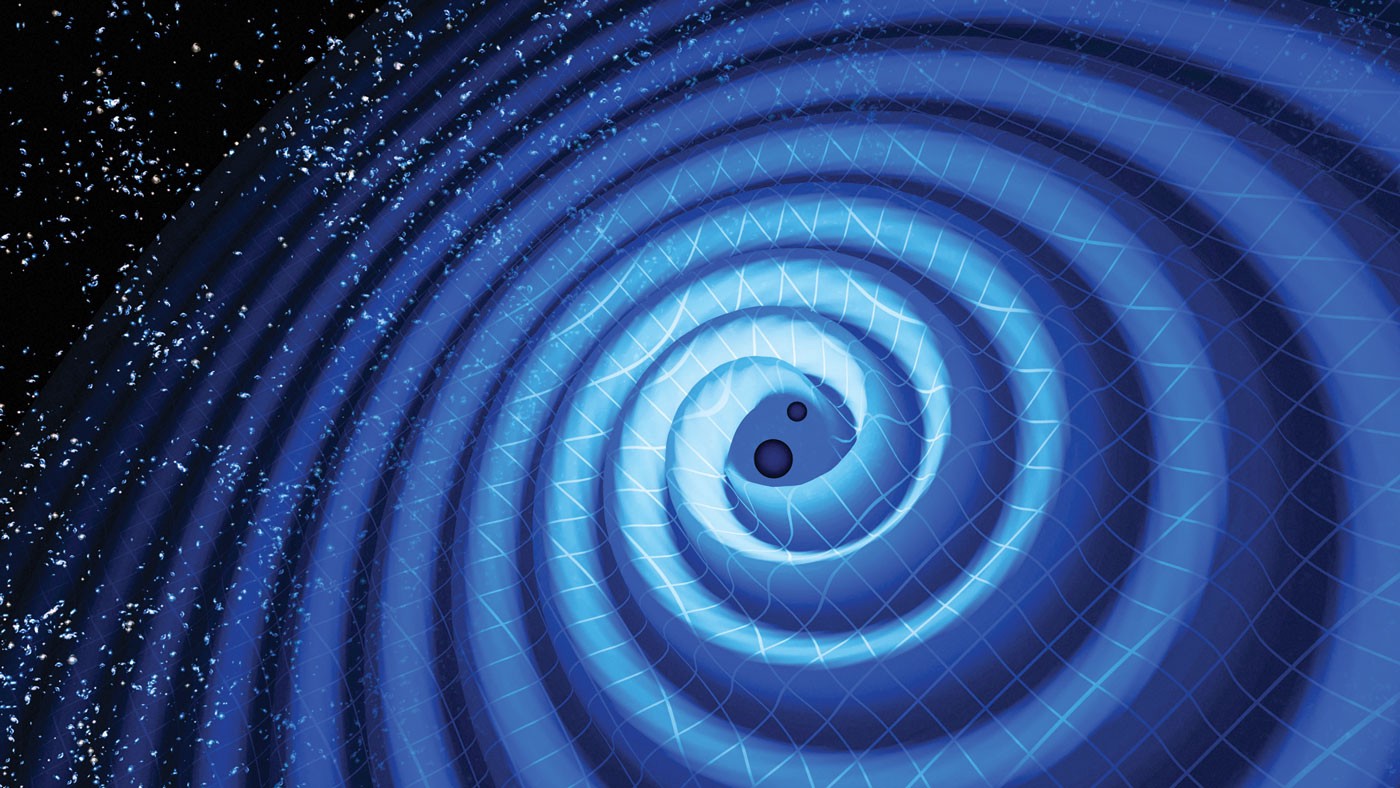 On September 14, 2015, around 4 a.m. in Livingston, La., two physicists were about to take a car for a spin. The pair was prepping LIGO, a new gravitational-wave observatory, to officially go live four days later. On their checklist was to drive around the site and repeatedly slam on the brakes, to see how LIGO registered their rumblings. They would be testing the work of Stanford scientists, who had developed the world’s most advanced system for isolating the observatory from seismic noise.

But it was late, and the physicists were tired, so they went home instead. About half an hour later, the gravitational waves produced by two massive black holes merging 1.3 billion years ago reached Earth. They rippled across the planet just like countless other ancient gravitational waves before them. But this time LIGO was poised to notice. Had the two scientists been out driving, their car’s vibrations might have drowned the waves out.

It was the first-ever detection of the elusive, highly sought-after waves, originally predicted by Albert Einstein. When objects with mass accelerate, they produce ripples in space-time: They distort reality itself, causing it to stretch or compress. Detecting these changes has demanded extreme engineering from a thousand-plus contributors across dozens of institutions. Applied physicist Robert Byer brought Stanford into LIGO as an early partner. As he explains it, measuring a gravitational wave on Earth is the equivalent of placing an atom of sodium atop a desk and calculating the atom’s height from the surface of the sun.

When LIGO, which stands for Laser Interferometer Gravitational-Wave Observatory, was first conceived, this feat seemed nearly unattainable. That didn’t deter Byer, who in 1986 learned that a team at MIT and CalTech was aiming to use lasers in a new kind of detector. Rainer Weiss, the MIT physicist largely credited with that idea, invited him to a planning meeting soon after. “Rai looked me in the eye and said, ‘Byer, can you a deliver a laser to LIGO?’ And I said, ‘Yes!’” he recalls. So Stanford signed on.

Most gravitational waves are too small to detect, but when two black holes or neutron stars several times the size of the sun collide, they produce larger ripples. To register them, LIGO’s international team built two 4-kilometer-long, L-shaped detectors in Washington state and Louisiana. A mirror sits at the end of each arm. A laser fires a beam, which gets split in two and shot down the two arms. The beams reflect off the mirrors and meet back at the L’s junction, where they produce a steady interference pattern. But if a disturbance hits the detector, first one mirror and later the other will lengthen a tiny bit, and the beam of light will take longer to travel back. This changes the pattern generated when the two beams rejoin, creating a potentially useful signal that’s captured by computers. The signal from LIGO’s first detection can be translated into sound as a brief chirp.

While Byer worked on the laser, Stanford aerospace engineer Dan DeBra—also a LIGO pioneer—puzzled over how to isolate the mirrors from the constant hum of human civilization: the buzz of nearby towns, planes flying overhead and a nearby logging operation. He calls the assignment “mind-stretching” compared to his earlier work managing the vibrations of big machinery, for instance on a factory floor. “That’s very different from trying to shut out the rest of the cultural world,” DeBra says.

The new result was the dawn of a new kind of science...and a discovery that's heralded as the most important of the century.

He soon found an ally. One of Weiss’s graduate students at MIT, Brian Lantz, held a world record for precise laser measurements. When he joined Stanford as a postdoctoral fellow, he was running up against the limits of what he could achieve on his own. “I walked into Dan’s lab, and he showed me a bunch of engineering stuff that would immediately make my measurements better,” Lantz says. They realized they shared a common goal and on the spot decided to collaborate. Together they built an isolation system to shut out the noise of the world.

“That’s the foundation the whole system sits on,” says applied physicist Martin Fejer, who helped develop a new coating for LIGO’s mirrors and co-led the Stanford team with Byer. The result was the dawn of a new kind of science, dozens of engineering breakthroughs and a discovery that’s heralded as the most important of the century.

As for DeBra, he’s relieved that his system held up. “It has been adopted and seems to work,” he says. “So one sleeps at night.”

Sandra Upson, ’03, is a science and technology journalist based in Oakland.