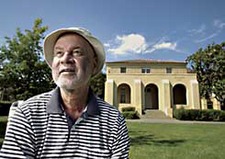 History professor Kennell A. Jackson Jr., a specialist in East Africa and African-American cultural history who served as Branner Hall’s resident fellow for a quarter century and as director of the African and African American studies program for nearly a decade, died November 21 of pulmonary fibrosis at Stanford Hospital. He was 64. In 1996, Jackson published America Is Me: The Most Asked and Least Understood Questions About Black American History. His latest work, Black Cultural Traffic: Crossroads in Global Performance and Popular Culture, co-edited with drama professor Harry J. Elam Jr., was published in November. An obituary will follow in the March/April issue of Stanford.