Writer and visual artist Anthony So moved through the world breaking boundaries of sexual and cultural identity—and insisting that artistic expression itself not be confined. He believed aesthetic wonder shouldn’t be reserved for outlets like writing or painting, but should extend to the everyday—“from selecting the right ingredients for a sandwich to picking the most beautiful walk to class,” says Alex Torres, ’17, So’s partner of seven years. 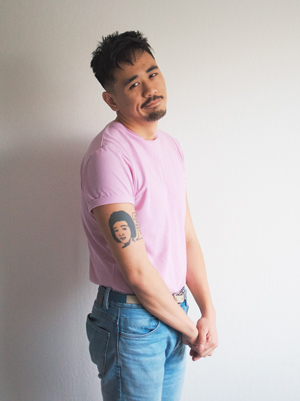 Anthony Veasna So, ’14, a first-generation Cambodian American writer whose debut book will be published this summer, died on December 8 at his home in San Francisco. He was 28, and the cause of death remains unknown.

So was raised in Stockton, Calif., by Cambodian parents who survived the Khmer Rouge genocide. A self-described “grotesque parody of the model minority,” he studied art and English literature (after dabbling in computer science) at Stanford, where he met Torres. So pursued an MFA in fiction at Syracuse University as a Paul & Daisy Soros Fellow, earning numerous honors, including a Lambda Literary Fellowship and a Joyce Carol Oates Award in Fiction.

He was celebrated as a brilliant, mordant and compassionate voice whose work depicted queer life and the Cambodian American experience with depth and energy. So’s fiction was published in the New Yorker and n+1, while his comics appeared in Hobart and Nashville Review. His collection of short stories, Afterparties, will be published by Ecco in August.

While working on his own stories, So was committed to helping others tell theirs—particularly first-generation students. He taught at Next Generation Scholars, the Urban School of San Francisco, Colgate University, and the Center for Empowering Refugees and Immigrants.

In So’s eyes, humor was the path through hardship. Even as his material grappled with intergenerational trauma, it was infused with wit and an irreverent edge—a delicate needle to thread. In “The Three Women of Chuck’s Donuts,” a story included in Afterparties, he writes about Cambodian refugee parents operating a family restaurant in California with the help of their American-born teenagers. Tevy, one of the sisters, would “do something as simple as drink a glass of ice water, and her father, from across the room, would bellow, ‘There were no ice cubes in the genocide!’ ”

“The community he portrayed was incredibly vital and vivid and alive, but he was still acknowledging what his community had gone through,” says Helen Atsma, vice president and editorial director of Ecco.

So’s art promoted self-actualization while repudiating imposed limits. “Anthony wanted to break down the boundaries of the social structures, the bureaucracy that we live in,” says Torres. “He wanted to wake up every day and feel liberated.”

So is survived by Torres; his parents, Ravy and Sienghay; and his sister, Samantha Lamb.

Carly Stern is a freelance reporter based in San Francisco who covers housing, disability and economic inequality.

First-Gen, Low-Income and Claiming a Community

How FLI students are transforming the university for everyone.