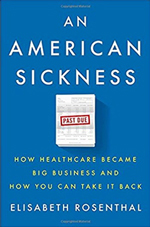 An American Sickness: How Healthcare Became Big Business and How You Can Take It Back, Elisabeth Rosenthal, ’78; Penguin Press. An important book at the right time, Rosenthal’s history of the U.S. health-care industry diagnoses its dysfunction: Nearly 20 percent of our nation’s GDP goes toward health care — $3 trillion annually — yet health outcomes here are worse than those in most other developed countries. Her manifesto argues that consumers should take control of the broken, profit-driven business, and she suggests all kinds of ways to do so — including how to choose your doctor or hospital, how to question your bills, and when to seek tests and treatment. 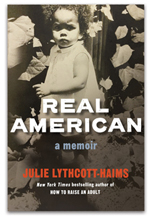 ‘My mother was the one to inform me of Daddy’s opinion about the Fourth, and she did so in a whispered-sideways-glance kind of way with no explanation as to why he felt it. I understood from the way she said it that it had something to do with Daddy’s past, his experiences, his Blackness. Her silent “why” bespoke pain too painful to discuss, so I never asked. Didn’t think it related to the America I was inhabiting anyway. Didn’t think I was Black in the ways he was. Thought America was beyond all that. I was wrong.’ 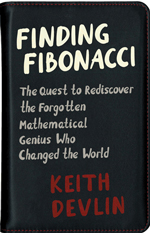 Finding Fibonacci: The Quest to Rediscover the Forgotten Mathematical Genius Who Changed the World, Keith Devlin; Princeton U. Press. His book transformed the course of world trade, but little is known about Leonardo of Pisa (also known as Fibonacci). Through Liber abbaci and scores of primers aimed toward European merchants, the 13th-century mathematician introduced ordinary people to Arabic numerals and the mechanics of simple and complex calculations. Part travel log, part love letter, the book details how Devlin, executive director of Stanford’s Human Sciences and Technologies Advanced Research Institute, a senior researcher at the Center for the Study of Language and Information, and NPR’s “Math Guy,” pieced together the life story of the man who freed the West from its reliance on finger math and the abacus. 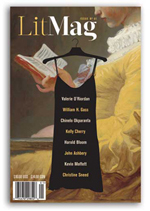 40 EAST TO KNOXVILLE
a grieving fortune teller
who reads death in every palm
my mother says, to make me ache,
you’ll never come home again

I know that I’ve been careless in my truancy
I’ve been wayward, hoping to drift,
Odysseus’ least successful protégé,
but when I left I didn’t mean to leave forever

take back your stinging accusations —
I have not been unfaithful to my mountains
or my southern dirt; no other land
has laid its grasping hands on me

I still dream of hazy summer like a fever,
your lilting tongues, and some goddamn
peace and quiet; even the churchyard
that nestles my blood’s dusty bones

remember me anointed, slathered thick
beneath the soothing liniment of where
I’m from, homesick, faithful lover
of a land that could never keep me 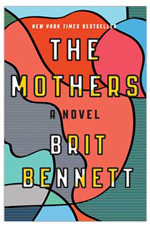 The Mothers, Brit Bennett, ’12; Riverhead. Grieving after her mother’s death, a self-aware teenager dallies with the pastor’s son and arrives at a very adult crossroads. Their secret resurfaces years later, when she returns home from college to find her pious best friend living the life she might have had. In her moving debut novel, Bennett tells of the long memory of a small town and the dangers of what-if. 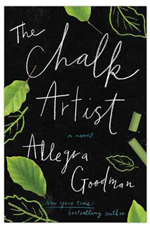 The Chalk Artist, Allegra Goodman, PhD ’97; Dial. In her latest novel, Goodman explores whether art, love and literature clash with virtual worlds. An idealistic teacher, a gaming addict and a gifted artist who works only in chalk cross paths in this riveting novel. The narrative tells an intriguing love story between two disparate characters, while delving into the allure and dangers of virtual escapes. 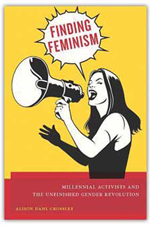 Finding Feminism: Millennial Activists and the Unfinished Gender Revolution, Alison Dahl Crossley; NYU Press. Crossley explores the ebb and flow of feminism on three college campuses. From pronouncements of the death of feminism to questions about a stalled gender revolution, Facebook feminism and waveless feminism, Crossley, associate director of Stanford’s Clayman Institute for Gender Research, interviews scores of millennial women about how feminism has affected them. 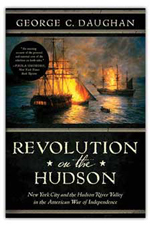 Revolution on the Hudson: New York City and the Hudson River Valley in the American War of Independence, George C. Daughan, Gr. ’62; W.W. Norton. Many historians agree that King George III’s scheme to regain control of the colonies by seizing Manhattan and slinking the British armada up the Hudson River was bulletproof in theory but shattered in practice. Daughan, a naval historian, argues that the crown’s strategy was a sinking ship from the start. 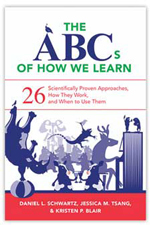 The ABCs of How We Learn, Daniel L. Schwartz, Jessical M. Tsang, PhD ’12, and Kristen P. Blair, ’02, PhD ’09; W.W. Norton. Schwartz, dean of the Graduate School of Education, Tsang and Blair lead readers on an entertaining, informative walk through educational theory and practice. Incorporating concepts from cognitive and social psychology, they present 26 lessons on approaches to learning, using an A-to-Z format. 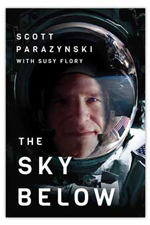 The Sky Below: A True Story of Summits, Space, and Speed, Scott Parazynski, ’83, MD ’89, and Suzy Flory; Little A. The life of Olympic luge coach, surgeon and astronaut Parazynski is nothing if not exhilarating, and his autobiography recounts space shuttle flights, extraterrestrial mishaps and collaboration with cosmonauts. The wonder of it all is tempered by the usual ups and downs of life on terra firma. For adventurers in body and spirit alike.

The Intimacies of Four Continents, Lisa Lowe, ’77; Duke U. Press.

One Sip at a Time, Keith Van Sickle, ’80; self-published.