And the words that move us to make change. 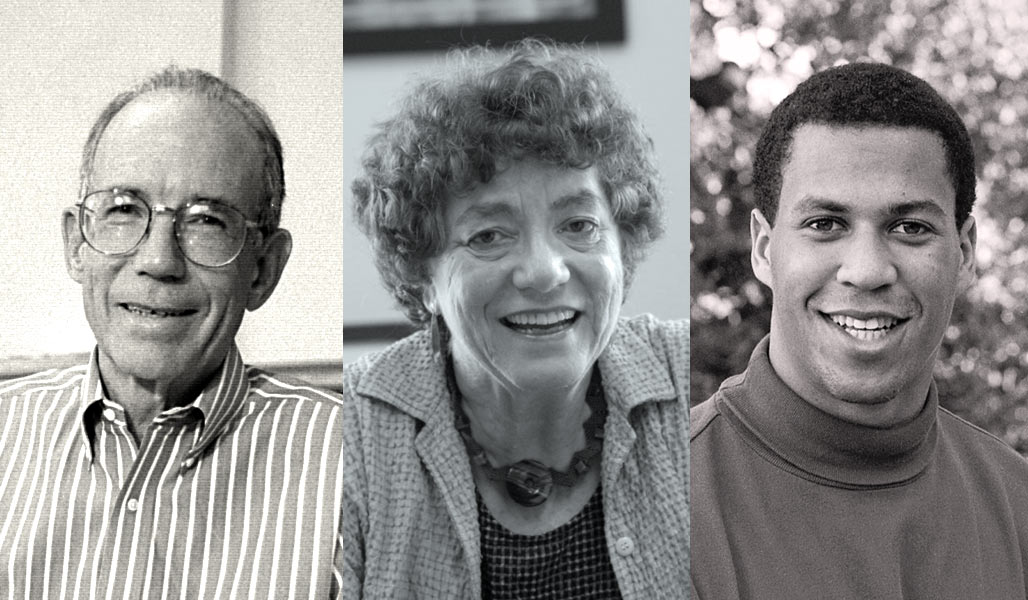 I have many fond memories of Don Kennedy, but perhaps my favorite was the time he popped in unannounced to the Office of the Dean of Humanities and Sciences, where I worked throughout my undergraduate years. The administrative assistants all gasped in surprise. The unfailingly down-to-earth university president smiled, shrugged and said, simply, “I needed to talk to the dean!” Our tribute to him appears here.

I have equally fond memories of law professor Barbara Babcock, who, even in the midst of medical leave for cancer treatment, made sure she gave her traditional greeting to my first-year class. It was a story about how her father, an Arkansas country lawyer, was duly impressed by his first glimpse of Yale Law School when he dropped off his daughter in 1960. “Barb, honey, you’ve made it,” he told her. “And you don’t have to do another damn thing.” Ever the consummate storyteller, Babcock then turned to her anxious audience. “You’ve made it,” she told us. “You will graduate, assuming you pay attention. And you don’t have to do another damn thing.” A remembrance of Babcock appears in our Farewells section.

Babcock’s point was not that we should rest on our laurels—this is a woman who was a passionate criminal defense attorney, a mentor to generations of female faculty, a civil servant and a biographer—but that we should worry less about external benchmarks and more about how we wished to serve the world. She would, I think, be proud of how the Stanford community is coming together in this time of uncertainty and crisis, from alumni making key public health decisions in the Bay Area to faculty working frantically to develop the tools we need to survive the pandemic to the English department holding dance parties over Zoom.

And there was no one better than Don Kennedy at sending graduates out into the world ready to change it. The president who championed public service—the Haas Center is one of his many legacies—ended each of his commencement speeches with the same quote from Adlai Stevenson: “Your days are short here; this is the last of your springs. . . . You will go away with old, good friends. And don’t forget when you leave why you came.”

The last time Kennedy spoke those words from the Stanford Stadium stage, he conferred a degree on a student who was particularly special to him: Cory Booker, ’91, MA ’92, now a U.S. senator from New Jersey. During his time on campus, Booker was a senior class president, football player, Bridge peer counselor—and an incisive columnist for the Stanford Daily. As he observed this June, his 1992 column on police treatment of Black men in the United States could have been written today. You’ll find it reprinted as our back-page essay.

How Next Year Will Be Different