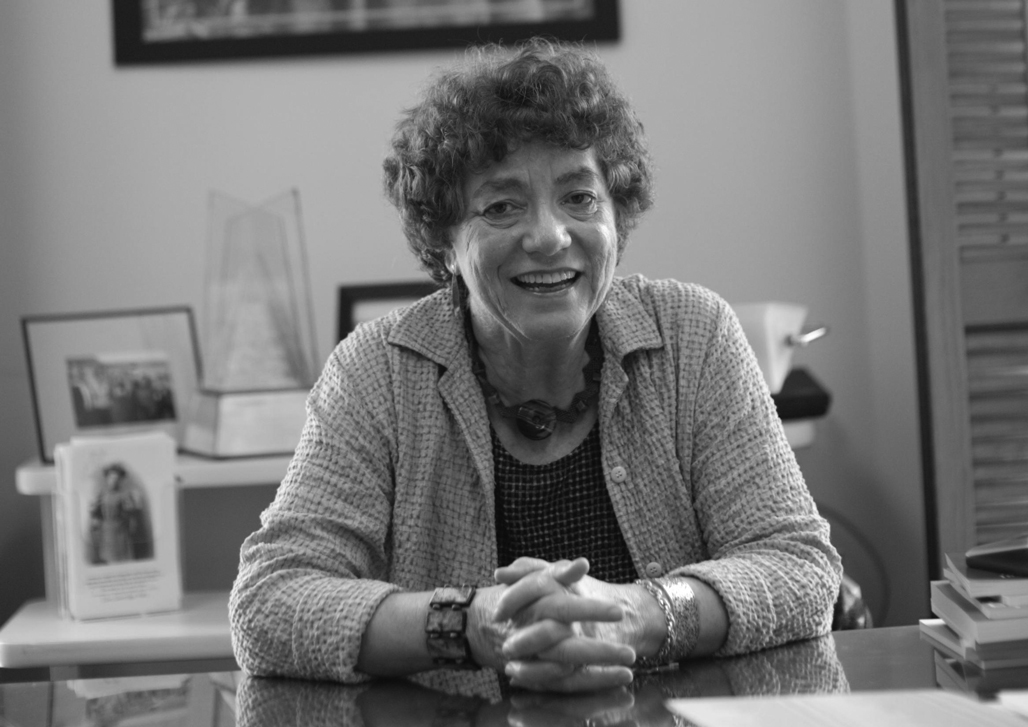 A trailblazer for women in the legal profession and the first female tenured faculty member at Stanford Law School, Barbara Babcock was a charismatic campus presence who inspired students, defended the indigent and promoted gender justice.

Barbara Allen Babcock, the Judge John Crown Professor of Law, Emerita, died of cancer on April 18 at her Stanford home. She was 81.

Encouraged by her lawyer father, whom she recalled as “a real Arkansas storyteller,” Babcock graduated Phi Beta Kappa from the University of Pennsylvania and was just one of 13 women in her class of 175 students at Yale Law School. In 1963, the year she earned her JD, the U.S. Supreme Court ruled in Gideon v. Wainwright that states must provide attorneys to criminal defendants who could not afford one—and Babcock’s career was set in motion. By 1968, she was director of a pilot project in Washington, D.C., that she renamed the Public Defender Service. “We became a great agency and designed the best practices for public defense,” she told Stanford Lawyer in 2016. Georgetown University law students served as volunteers, and they prevailed on Babcock to teach a Women in Law course, one of the first in the country.

Recruited to Stanford in 1972, she helped found a San Francisco public interest law firm, Equal Rights Advocates, to promote gender equality. She took a leave when President Jimmy Carter appointed her to be the assistant attorney general in charge of the Justice Department’s civil division, tasked with increasing the number of women and minorities on the federal bench. She would later say of that time, writing for the Women’s Legal History blog: “I was often asked what it ‘felt like to get my job because I was a woman.’ I developed a stock answer: ‘It’s far better than not getting it because I’m a woman.’ ”

She also pursued the lost history of California’s first female lawyer—like Babcock, an inventor of the public defender’s role and a leader of the women’s movement. Celebrated in the late 19th century as a legal reformer and public intellectual, Clara Foltz had been all but forgotten until Babcock made it her life’s work to return her to public prominence. She retired from teaching to devote herself to the project, which resulted in the critically acclaimed 2011 book Woman Lawyer: The Trials of Clara Foltz. “It was a labor of love for her to spend years writing the life of another special woman . . . and to restore Clara to her proper role in legal history,” Lawrence Friedman, Marion Rice Kirkwood Professor of Law, told Stanford Lawyer in April. “A century apart, two women pioneers.”

Babcock left a legacy of scholarship, leadership, feminism, and the enduring admiration of students and colleagues. In an email the week after Babcock’s death, Justice Ruth Bader Ginsburg credited her with “support for my nomination to the U.S. Court of Appeals for the D.C. Circuit in 1980 and, 13 years later, to the Supreme Court, [that] was constant and influential.”

Beyond that, Ginsburg added, “she had a zest for life that made it a delight to be in her company.” Babcock delivered the annual Justice Ruth Bader Ginsburg Distinguished Lecture on Women and the Law in 2018.

Others appreciated Babcock’s verve and inspiration. California Supreme Court Justice Mariano-Florentino Cuéllar, MA ’96, PhD ’01, noted her encouragement when he, a freshly hired law professor in the early 2000s, proposed a research project at a faculty meeting.

“‘The paper was nice, very nice,’ I recall her saying. ‘But you know what was better? That you got up there and said to folks: This is what I’m about! This is what I’m interested in and why I have something to say about it.’ ” Cuéllar adds: “Nothing made me feel more confident that I belonged than Barbara’s mix of warmth and wisdom.”

In 1979, Deborah Rhode became Stanford Law School’s third female professor (the second, Carol Rose, Gr. ’77, taught there from 1978 to 1980). There were 36 men on the faculty, and women in the law were so rare, Rhode says, that she and Babcock were widely perceived as the same person by their colleagues.

“One thing that struck me as odd was how often I was mistaken for Barbara Babcock. I mean, she was tall and brunette,” Rhode, who is blonde and shorter, recounted in a 2017 interview. Both felt so isolated, Rhode said, that they circulated a memo asking the faculty to perform a thought experiment: What if you were the only man teaching at the law school? “It was like a feather falling into a well,” Rhode said. “It became known as the ‘Barbara and Deb need a friend’ memo. That somewhat missed the point, though it was true.”

As an educator, Babcock was immediately embraced and admired by her students who, in 1981, honored her with the John Bingham Hurlbut Award for Excellence in Teaching. She would win the award three more times.

Judge Michelle Friedland, ’94, JD ’00, of the 9th U.S. Circuit Court of Appeals, recalls Babcock greeting her class with encouraging words to this effect: “You belong here. You have everything it takes to succeed here, and we are here to support you and cheer you on as you do.” Friedland adds, “Her speech caused the entire [first-year] class in the audience to breathe a sigh of relief. And she set a tone of friendship rather than competition that continued through our law school years. I often felt like she was my law school fairy godmother.”

In her 2016 autobiography, Fish Raincoats: A Woman Lawyer’s Life, Babcock describes a fourth-grade contest when she blurted out “raincoats” in response to a question asking what, besides food, Indians use fish for. Laughter erupted (the answer was fertilizer), and she lost the contest. “I had failed spectacularly,” she writes, but at Stanford she would share the anecdote as a tale of childish exuberance—until Professor Pamela Karlan visited a museum and spotted a 1910 Yu’pik Indian qasperrluk, a fish-skin raincoat. “You have been vindicated!” Karlan emailed her colleague. The story encapsulated Babcock’s self-deprecating wit—and her lifelong tendency to be right.

100 Years Ago, the First Latina Graduated from Stanford

Helen Dominguez transferred to the Farm just as the 1918 flu hit.