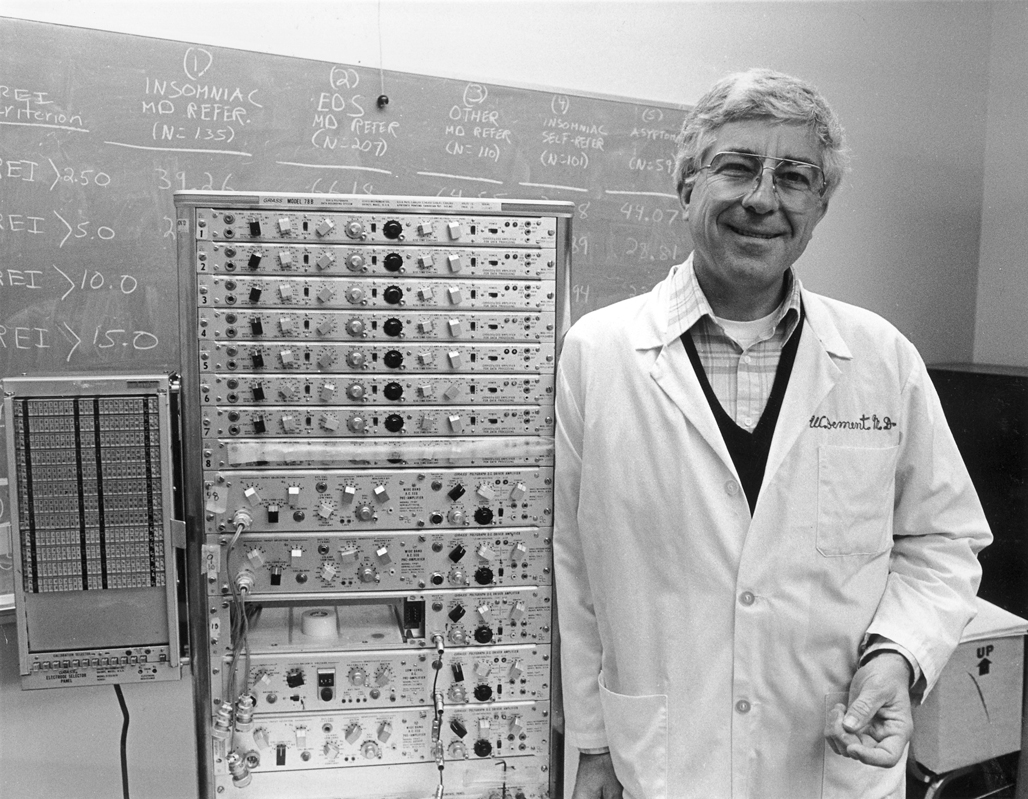 A joyous, enthusiastic educator who awakened his students and the world to the critical value of sleep medicine, William Dement pioneered a rigorous, logical investigation of an uncharted field.

William Charles Dement, the Lowell W. and Josephine Q. Berry Professor, Emeritus, died June 17 of cardiovascular disease. He was 91. He passed away “in his sleep, of course,” says Rafael Pelayo, a colleague of Dement’s in the department of psychiatry and behavioral sciences.

Dement joined the faculty in 1963 and in 1970 founded the Stanford Sleep Disorders Clinic—now the Stanford Sleep Medicine Center—the first of its kind. As many as 20,000 students are thought to have taken Dement’s celebrated undergraduate course, Sleep and Dreams. When he launched it in 1971, an overflowing throng had to meet in Memorial Church, one of the only venues that could accommodate the class size. Once, clad in pajamas, the Leland Stanford Junior University Marching Band showed up to serenade the class. Dement famously wielded a squirt gun to jolt dozing students awake, using their drowsiness as a springboard to discuss his multiple sleep latency test, created to measure daytime sleepiness and diagnose narcolepsy.

His expertise in sleep disorders led to his appointment as chair of a federal commission that reported in 1992 that 40 million Americans were suffering from undiagnosed or mistreated sleep problems. The following year, Congress created the National Center on Sleep Disorders Research, within the National Institutes of Health, to dig deeper into Dement’s findings and raise awareness of the pervasive and potentially dangerous consequences of not getting enough sleep.

A popular campus figure with a playful personality, Dement hosted Halloween parties, organized daylong treasure hunts for his kids and their friends and, over dinners at his home, helped recruit athletes for his beloved Stanford sports teams. His daughter Catherine Roos recalls that he liked to put her sons’ bikes in trees and then convince them that it was the work of aliens.

“He was a fabulous father,” says Catherine. “He always thought outside the box to entertain himself, and that helped make him who he was to change the field of sleep studies.” Long after Dement retired, he continued to audit Sleep and Dreams, the last time by Zoom just days before his death.

Dement was predeceased by his wife, Pat. In addition to Catherine, he is survived by his daughter Elizabeth; son, Nick, ’85, MD ’98; and six grandchildren.