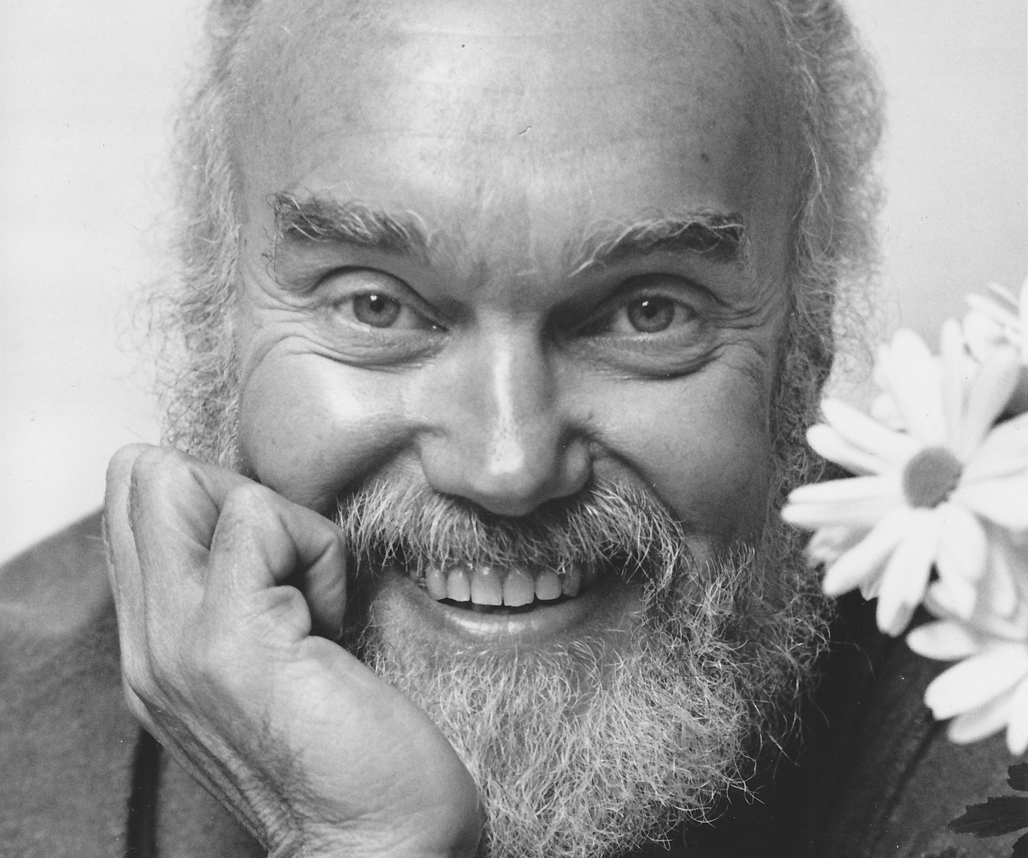 Before transforming himself into the countercultural trailblazer known as Ram Dass, author of the bestselling Be Here Now, Richard Alpert was a psychology grad student exploring achievement anxiety in academia.

Baba Ram Dass, formerly known as Richard Alpert, PhD ’57, died December 22 at his home on Maui, Hawaii. He was 88. In 1997, he suffered a cerebral hemorrhage that left him in a wheelchair and unable to talk, but he learned to “surf the silence,” he said. He eventually regained some ability to speak.

Born in Boston, Alpert majored in psychology at Tufts University, and he pursued a master’s degree at Wesleyan University but failed the oral exam. Nonetheless, he was accepted to the PhD program at Stanford, where he and Ralph Norman Haber, PhD ’57, chose to study the impact of anxiety on students’ academic achievements. Alpert turned the inquiry into his doctoral thesis.

So did Haber, separately. Professor Robert Sears, then chair of the psychology department, “told us we had probably produced the first joint PhD dissertation in Stanford’s history,” Haber says.

‘He sought to expand people’s consciousness without the aid of chemicals. He did an awful lot of good in the world.’

Alpert and Haber applied to the National Science Foundation for a grant to expand their theories through experiments. The proposal was accepted, Sears supervised their research, and their work was published in 1960 in the Journal of Abnormal and Social Psychology.

Alpert was hired to teach at Harvard, where he met Timothy Leary and famously embarked on the psychedelic drug experiments that would lead to their dismissal in 1963. It was also at Harvard that Alpert reconnected with a Stanford pal, Elliot Aronson, PhD ’59, an expert in experimental methodology. Alpert and Leary consulted Aronson on a study of psilocybin (aka magic mushrooms) and rejected his suggestion for making the study rigorously controlled.

“They ignored the precautions I recommended, and the next thing you knew, Richard Nixon was calling Tim the most dangerous man in America,” Aronson says.

He continues: “I knew Richard in all his three incarnations: the hard-striving young academic who’d have killed to get tenure at Harvard, the door opener to the Age of Aquarius, and the lifelong spiritual leader.” Alpert, he says, returned from a years-long trip to India transmuted into Baba Ram Dass. “He sought to expand people’s consciousness without the aid of chemicals. He did an awful lot of good in the world.”

Dass, who described himself as primarily homosexual in a 1997 interview with the website Gay Today, reportedly had an affair with a female graduate student at Stanford that resulted in the birth of a son, Peter Reichard, whom Alpert learned about in 2010. His survivors also include a granddaughter.