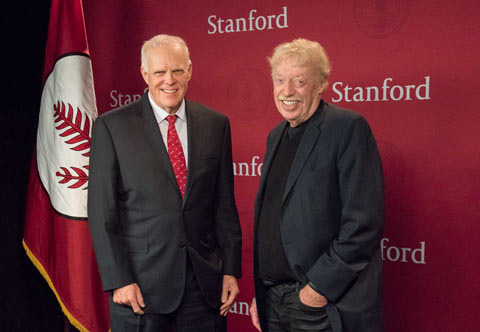 The Knight-Hennessy Scholars program offers fully funded graduate studies at Stanford for applicants from around the world who demonstrate “independence of thought, purposeful leadership and a civic mindset.” The goal is to equip a new generation of leaders with both the specialized expertise and the multidisciplinary know-how to solve complex global challenges.

There will be 50 spots in the inaugural enrollment and up to 100 for subsequent annual admissions. Recruitment efforts have already spanned universities in the United States, Asia and the Middle East, and will continue over the summer in Africa, Europe, India and Latin America. Applicants must have received a bachelor’s degree in 2013 or later; the deadline is September 27 for entry in fall 2018.

The program is named for Philip H. Knight, MBA ’62, who contributed $400 million toward its launch, and President Emeritus John L. Hennessy, who is the program’s academic leader and inaugural director. With a $750 million endowment, it is the world’s largest fully endowed scholars program.