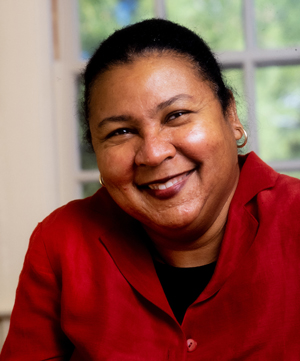 Born Gloria Jean Watkins in Hopkinsville, Ky., hooks adopted her pen name as a tribute to her maternal great-grandmother, Bell Blair Hooks, choosing lowercase letters in a bid to prioritize her work over her individual identity. She earned her MA from the University of Wisconsin–Madison and her PhD at UC Santa Cruz, where she wrote her doctoral dissertation on Toni Morrison. She taught at USC, Stanford, Yale, Oberlin and the City College of New York before returning home to Kentucky in 2004 as the Distinguished Professor in Residence in Appalachian Studies at Berea College. Ten years later, the college created the bell hooks center, which has housed her papers since 2017.

Among hooks’s groundbreaking works are Feminist Theory: From Margin to Center, Bone Black: Memories of Girlhood and the iconic Ain’t I a Woman: Black Women and Feminism, a title invoking abolitionist Sojourner Truth’s 1851 speech calling for Black women to be included in discussions about women’s rights. Hooks started drafting the book as a 19-year-old undergraduate at Stanford.

She also interrogated norms of sexuality as a barrier to intersectional feminism. In a 2014 talk at the New School in New York City, hooks said she often identified herself as “queer-pas-gay.” Queer identity is more than “who you’re having sex with,” she added. “That can be a dimension of it, but queer as being about the self that is at odds with everything around it and has to invent and create and find a place to speak and to thrive and to live.”

Chad Berry, a Berea College vice president who shared hooks’s interest in Appalachian studies, says she was “a searing theoretician and critic” who could pivot seamlessly from talking about the latest theories to discussing movies or what was happening in her local community. “She was such a complex person,” he says.

Katie Dieter, associate director of Stanford’s African and African American studies program, says that as a Black female undergraduate, encountering hooks’s work was pivotal to her self-image and career direction. “bell hooks was a breath of fresh air after growing up in a world that teaches young Black girls from an early age that we are not enough—that our skin, hair, features, histories, cultures, and lives don’t matter and are wrong in some way,” Dieter says. “bell hooks changed my entire world, and I know this is true for so many of us.”

hooks is survived by her five siblings.

Angie Chuang, '95, MA ’95, is an associate professor of journalism at the University of Colorado Boulder whose work focuses on race and identity. Email her at stanford.magazine@stanford.edu.

John Arrillaga attended Stanford on a basketball scholarship. Then he transformed the campus for those who followed.