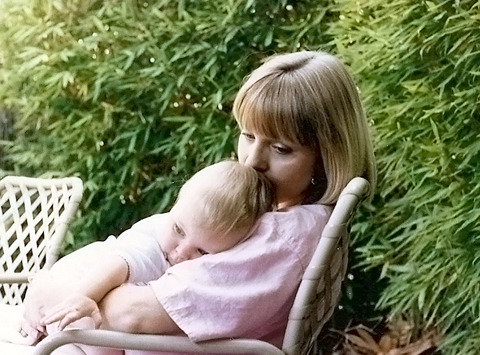 It was the Saturday evening of Labor Day weekend in 1998. Lawson was folding laundry in her Berkeley home and mulling her closing argument in a bank trial. Suddenly, her husband, Kristor Lawson, interrupted her reverie, blurting out, "I think Jeremy is having a stroke."

Their 13-year-old son, a boy who loved sports, school and barbecue, had collapsed in the kitchen, unable to move his right side. As Fiala knelt beside him, Jeremy looked up and said in a slurred voice, "Mom, help me."

They were the last words Jeremy uttered for months. Rushed to the hospital, he clung to life. Plastic tubes drained blood from his brain, and a respirator pushed oxygen into his lungs. Fiala, a litigator who had argued on behalf of some of the country's most powerful corporations, found herself unable to do much but pray.

"Nothing marks the last normal hours of your life as special, nothing that you look back on and say, 'There, that was the turning point,'" Fiala writes in Letters from a Distant Shore, a recently published memoir about her son's illness and recovery. "If only I had paid attention, I would have known, I would have treasured those hours. If only. . . ."

Jeremy had suffered a cerebral hemorrhage caused by a congenital vascular defect in his brain. Doctors doubted that he would walk or talk again, but Fiala refused to give up hope. At night in the hospital she wrote emails to family and friends about Jeremy's struggles, and soon Jeremy had an international network rooting for him and holding prayer vigils. In circumstances that Fiala, now a Catholic, ascribes to the power of faith, Jeremy recovered his speaking ability and regained the use of his right leg.

Fiala and her family—including daughter, Annelise, and son David, '13—spent the next five years helping Jeremy recover. He needed to learn how to feed himself again, dress himself, do schoolwork. When he departed for Kenyon College, Fiala, who still worked full time as a lawyer, filled the void by writing. Using the emails and notes she had scribbled during Jeremy's hospital stay, she wrote a draft of her memoir for her master's in fine arts from the University of San Francisco. Three years later, CavanKerry Press published Letters from a Distant Shore. Jeremy, now 25, works as a financial analyst at Hewlett-Packard.

"When you are left with a child with disabilities, it becomes the biggest thing in your life," Fiala says. "It's not something I could have imagined before it happened to us, but in my definition of motherhood it's what I do. It is not a burden. It's what your unconditional love as a parent moves you to do."

FRANCES DINKELSPIEL, '81, is a freelance journalist and author in Berkeley.