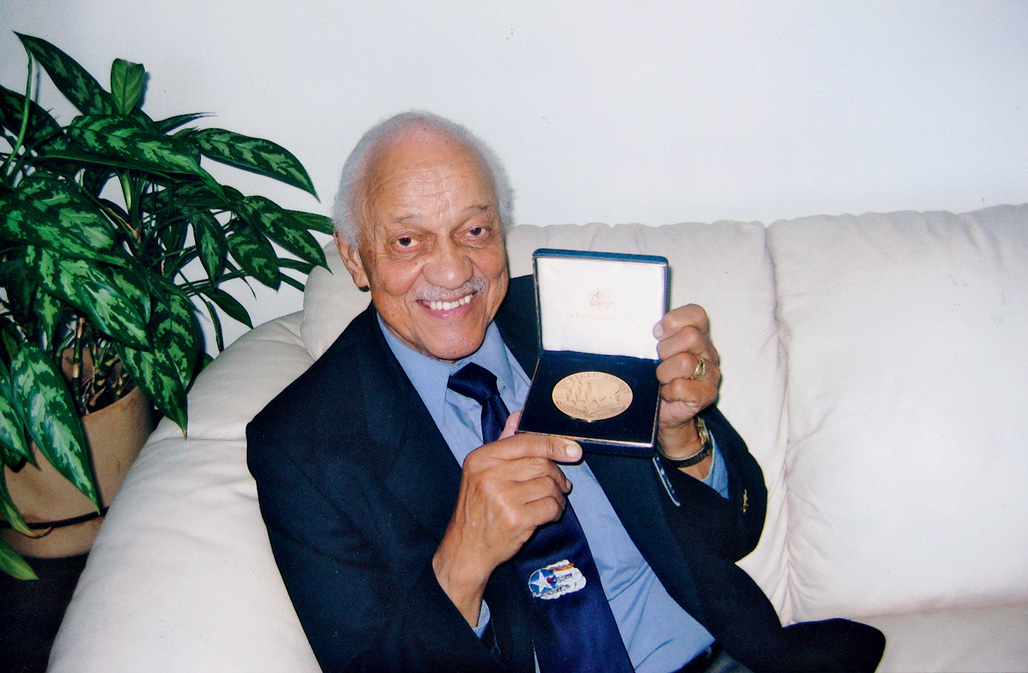 “President Bush told us he was giving us a salute for all the unreturned salutes we didn't get,” Williams recalls. “In those days, no one had to salute blacks, but we could be court-martialed if we didn't salute a white officer.”

Nearly 1,000 men became pilots at Tus-kegee Army Air Field during World War II. President Roosevelt formed the program despite objections from military generals who feared blacks would not have the courage and intelligence to fly. The high rate of success of Tuskegee Airmen in combat missions hastened the desegregation of the military after the war.

When Williams applied to be a pilot shortly after Pearl Harbor, the white recruiter never called him back. But before long, Williams received a draft notice. The Army wanted him—as a quartermaster, where all black enlisted men were assigned. “It was very demeaning work—no real responsibility,” Williams says. A talented tap dancer, Williams formed an entertainment troupe with other black soldiers and regularly performed for Army officers. After a show in 1943, an impressed general asked Williams about his ambitions in the military. He said he wanted to be a fighter pilot. “By the end of the week,” he said, “I was on my way to Tuskegee.”

After becoming a fighter pilot, Williams trained to become the nation's first African-American bomber pilot. The war ended be-fore he flew a combat mission, but a painting of a B-25 bomber hangs in Williams's Belmont, Calif., home.

Williams became one of few black students as an undergraduate at Stanford in the late '40s and at Stanford Law School in the early '70s. He ran a dance studio for 20 years in San Mateo and practiced law for 30 years. With his wife of 64 years, Elsie, he raised three children.

But Williams points to his time as a fighter pilot as his defining achievement. “My experiences with the Tuskegee Airmen are the best relationships I've ever had,” Williams says. “I'm closer to them than my three brothers. If one of us is in trouble or in need, we reach out and help each other no matter what.”

A tiny but historic cohort of African-American students entered Stanford on the vanguard of the civil rights movement. This is how it felt.

What They Stood For

Fifty years ago, all-white Sigma Chi challenged the establishment by taking a pledge: We will choose whom we want.