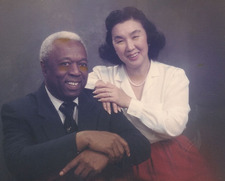 Think of the plight of the transfer student, arriving on campus after peers have already established bonds. Then think of H.J. Belton Hamilton, who came to campus in 1947 after two years at the University of Portland. Hamilton was one of only two African-American students at Stanford in the 1940s. Before he had settled into any student routines, a dean visited Hamilton in his Crothers dorm room and remarked that he knew an administrator at Howard University and was sure he could get Hamilton a scholarship at the historically black college.

Hamilton, with no intention of leaving, became one of Stanford's first black graduates. His commitment to integration and excellence set the stage for a career as a trailblazing civil rights lawyer. He became Oregon's first black assistant state attorney general and its first black federal administrative law judge.

Born one of 10 siblings in Columbus, Miss., Hamilton was the grandson of slaves. His schooling was interrupted by a stint as a medic in World War II. After the war, he followed his sister to Portland, Ore., excited by accounts he'd heard of a West far kinder to African-Americans than the Deep South.

He received his law degree at Lewis and Clark College in 1953, and his appointment as a state assistant attorney general came in 1954.

Hamilton had a hand in virtually all of the state's major civil rights laws during the next 16 years. "There was probably no one who had a greater impact on civil rights legislation in Oregon than Belton Hamilton," says retired federal official John Gustafson, '60.

Hamilton was among a pioneering group of African-American professionals that included the region's first black doctor and the first black newspaper editor. "They had this group of black professionals from the Portland area," says his daughter, Camille Hamilton Pating, '82. "And they were the first everything." Hamilton's legal secretary went on to become the first female African-American judge in the area.

Hamilton's family often joked that recreation was not his forte: He directed most of his energies to mentoring young lawyers and African-Americans in the Portland area. But Gustafson, one of those protégés, says Hamilton was "a complete person" who charmed colleagues and courtrooms alike with his sense of humor. He traced his family's genealogy and had an impressive talent for ballroom dancing.

Hamilton and Midori Minamoto, who wed in 1957, are thought to be the first African-American and Japanese-American couple to register to marry in Oregon. Midori Hamilton survives him, along with daughter Camille; son Konrad, MA '89, PhD '98; three grandchildren; and two sisters.

Scott Bland, '10, is a reporter and research assistant at National Journal.

The Road to Diversity

The Road to Diversity

Another Kind of Country Club

As the Peace Corps marks its half-century, alumni connect the dots between service then and life now.

Riding in Style? Not So Much

Lately, American carmakers are getting their groove back.