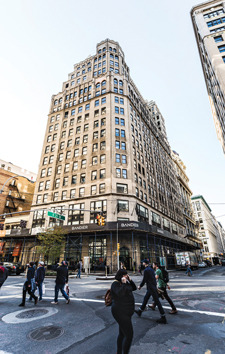 Ella Edwards, 83, is vintage New York. She left a life of picking cotton in a one-light South Carolina town before most of the students’ parents were even born, making her way north to the big city. The lesson, during the inaugural session of Stanford in New York, was about gentrification; Miss Ella, as she likes to be called, was the teacher.

She had moved to Harlem during its zenith as a vibrant center of black culture and frequented the Apollo Theater. She raised six children through the 1970s and 1980s, when poverty and drugs devoured her neighborhood. As efforts to revitalize the area gained strength in the 1990s, Miss Ella bought her rental apartment—for a mere $250—in the building at West 113th Street and Adam Clayton Powell Jr. Boulevard where she met with the Stanford students. Today she lives alongside couples like Jake Boritt and Heather Ross, who moved into the building 10 years ago, paying hundreds of thousands of dollars for their units down the hall.

Just like study abroad programs, Stanford in New York is about immersion—not just reading about gentrification, but meeting Miss Ella, Jake and Heather. Not just hearing about theater, but bringing your own play to life, as Patty Hamilton, ’16, did, producing The Things That Don’t Translate at NYU’s Palladium Hall in December. 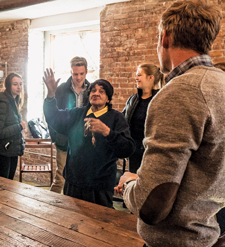 Establishing an outpost of the Farm in the Big Apple is the culmination of many hard-fought dreams. Four years ago, Stanford withdrew from highly publicized negotiations with the city to build a campus in New York. But strong interest remained in having a presence here. The plan now is for Stanford in New York to grow from its fall-quarter launch with 17 juniors and seniors to eventually include sessions in all three quarters of the 2017-18 school year. This first program focused on arts, architecture, design and urban studies. The next will emphasize finance and media.

Stanford’s Manhattan foothold feels like a thorough mixture of New York and Silicon Valley culture. The 18th-floor offices just south of the Flatiron Building, near Madison Square Park, enjoy striking views of much of the city through huge windows. Walls are painted red, and the furniture has clean, modern lines reminiscent of start-up decor back home. On Mondays, the students shared an ordered-in lunch before their weekly seminar. (One day in November, it included traditional and updated versions of empanadas with plantain chips and guacamole.)

A significant part of Stanford in New York is a four-day-a-week internship, arranged by the university. Emma Steinkellner, ’16, was an education department apprentice at the kid-friendly New Victory Theater. Senior Ben Isaacs worked at the “I Have a Dream” Foundation. Estefania Ortiz, ’16, taught computer skills at the Coalition for Queens. In addition to the seminar focused on the internship experience, each student took several New York-specific electives.

The seminar, taught by program director Rosina Miller, gave students a chance to assess and understand what they learned while working. There was talk about acquiring workplace skills, coping with colleagues being laid off, and understanding the cultural differences between New York and Silicon Valley. For Nicole Jackson, ’17, her stint as a policy intern for the mayor’s health policy team clarified her interest in that field. She said she was invited to be a full part of a meeting with a council member. “He said, ‘Everyone here sits at the table,’” Jackson remembered, smiling.

Miller sees this program stretching students in new ways that remaining on campus might not. “What I really hope the students have is nothing less than a transformative experience, that they know themselves better, that they know they are capable of more than they thought,” she said. 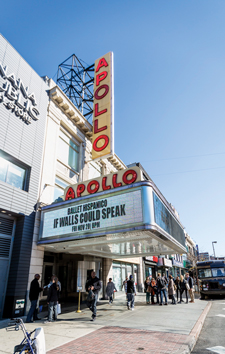 Participants lived together in an apartment building in Brooklyn Heights and were issued MetroCards for public transit all over the city. They bonded during their walks across the Brooklyn Bridge and their visits to a karaoke bar.

Sociology professor Doug McAdam served as resident faculty member and taught a course called Divided America as Seen Through the Lens of New York City. He said the connections that students developed while living together meant they could go deeper in their work than might have been possible in California. As the nation struggled last fall with conversations about race—in police-citizen interactions, in politics, on college campuses—the Stanford in New York students worked through their own process. They kept journals on inequality in the city, read books and heard guest lectures. Then one day, McAdam said, they had an unusually frank conversation about what they saw and their own experiences.

“The students came together,” he said. “They were willing to talk in a really open, honest, trusting way. That was really powerful for me.”

Among the many alumni who helped arrange for internships and other experiences in the city was Christy MacLear, ’88, a Stanford trustee and the executive director of the Robert Rauschenberg Foundation. MacLear recalls her own initial challenges finding a way into a career in the arts.

“I remember finding my occupational pathway was always a process of discovery—it’s not like McKinsey & Company or Goldman Sachs, who come and hire 10 students. In the arts, there are one, maybe two jobs, and sometimes you have to define them,” MacLear says. “Stanford in New York provides both a unique educational canvas and a guiding hand in sourcing real-life experiences, which may have otherwise never been defined.”

One such experience was lecturer Danielle Jackson’s class, Off the iPhone and into the City: Creating a Photography Project. Jackson is co-founder of the Bronx Documentary Center, a gallery and educational space that uses photojournalism and documentary film to create conversation on social change. She guided students doing documentary photography in city neighborhoods, “seeing where they [were] coming together as visual thinkers,” she said.

One student’s project meant getting up at 7 a.m. to photograph workers coming on shift at the famous Katz’s Delicatessen, established in 1888—a classic New York experience with a technological twist. Quintessentially Stanford in New York.

Christine Foster is a former Stanford staff writer who’s now based in Connecticut.