White House Dreams: What our sleep-time adventures say about our politics 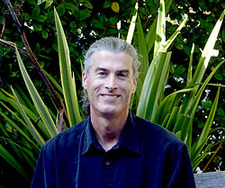 Kelly Bulkeley’s fascination with dreams began when, as a teenager, he was plagued by recurrent dreams of being chased by fearsome attackers, Darth Vader among them. (It was the ’70s.)

The vividness of the nightmares led Bulkeley, ’84, now a visiting scholar at the Graduate Theological Union in Berkeley, to pursue a career in dream research, which includes a longtime interest in how people’s dreams reflect their politics. Bulkeley caused a brief stir a decade ago with a study that suggested conservatives had far more nightmares than liberals. “What do you expect after eight years of William Jefferson Clinton?” one Republican leader responded. In 2008, Bulkeley wrote American Dreamers: What Dreams Tell Us About the Political Psychology of Conservatives, Liberals, and Everyone Else (Beacon Press).

We caught up with the former president of the International Association for the Study of Dreams to ask about dreams, politics and how they meet in the persons of the presidential candidates.

What is a dream?

A dream, as I define it, is imaginative play in sleep.

Expert opinion on the significance of dreams seems to range from the Freudian belief that they contain deep, specific meaning to those who dismiss them as neural noise. Where do you fall?

I’m in the mushy middle. Some dreams express deep personal meanings, while other dreams seem entirely nonsensical, and most dreams have elements of both signal and noise. I actually know very few professional dream researchers who take absolutist positions at either end of the spectrum.

As an academic, there are many less controversial fields to pursue. What about dreams compelled you to dedicate your professional life to it?

To study dreams is to have free license to explore psychology, philosophy, neurology, culture, history and religion—it’s a truly pan-species phenomenon that has woven its way into almost every aspect of life. I actually find it surprising that such a widespread feature of human existence has received so little serious study.

Your research includes a long interest in how dreams connect with people’s politics. What about that nexus interests you?

Politics is an arena, like art and religion, where people express their highest values and ideals, along with their deepest fears and conflicts. In many cultures through history, dreams have played a role in collective decision-making. That’s not true in contemporary American culture, but my hunch has been that dreaming does indeed reflect aspects of our political world, even if we’re not conscious of it. 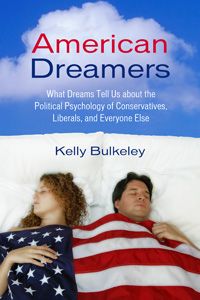 You did a small study that caused quite a stir with its finding that conservative Republicans had almost three times as many nightmares as liberal Democrats. Why did that touch such a nerve? What was your reaction to the hubbub?

I gave a presentation on that study at a conference, and somehow the Drudge Report got word of the findings, and then a lot of silliness ensued. The dreams came from the late 1990s, when conservatives were fed up with the Clinton presidency, and my findings may have reflected that, although it was such a small study I tried to be cautious in my interpretations. I did feel some pride, however, when my father [Edward Bulkeley, ’59] heard my research mentioned by Rush Limbaugh!

Has that split between the nightmares of conservatives and liberals continued?

In later studies [it was] the liberals with more nightmarish or distressing dreams. That could be just random variations in my data, or it could be a reflection that during the eight years of the Bush presidency conservatives felt less distressed while liberals felt more anxious. The consistent finding over the years has been more “bizarreness” in liberal dreams—more fantastic images and activities, fewer direct references to ordinary waking life.

Can you assign a meaning to those differences? What is the value of knowing them?

You could look at the data and say liberals are more creative and conservatives more repressed; or, liberals are crazier and conservatives more grounded. The value, as I see it, is gaining new psychological perspective on the ideological divide that characterizes America’s political culture—and perhaps helping people learn more about those who are different from themselves.

Before President Obama’s election in 2008, you wrote a piece analyzing the two dreams he reveals in his memoir, Dreams from My Father. You concluded that Obama was “perhaps more temperamentally conservative and respectful of paternal authority than most Americans assume.” CNN senior legal analyst Jeffrey Toobin, who has written about Obama in a new book, recently said, “Oddly, and frankly somewhat surprisingly to me, Obama is a great believer in stability, in the absence of change, when it comes to the work of the Supreme Court.” Toobin seems to be saying a similar thing, albeit for totally different reasons.

Do you feel Obama’s first term has gone as you suggested it might? Any other insights on Obama?

It sure seems to me that Obama has been more conservative and cautious than his liberal supporters assumed he would be. Those two significant dreams from earlier in his life, described in his memoir, showed a person very concerned with finding and preserving a living connection with his ancestors. Obama is definitely a political progressive, but I get the sense he is determined not to neglect past wisdom as he moves forward into the future. I don’t know if he has kept track of his dreams while in the White House (I can only hope!), but an additional lesson I would draw from the two dreams in his memoir is that Obama may ultimately find himself disappointed by the limits of his ancestors, requiring him to create a new and better path forward. Maybe that’s what a second term might be about.

Have you had similar access to any record of Republican candidate Mitt Romney’s dreams?

Alas, no such luck. The Mormon tradition is filled with visionary dreams, however, so I’m guessing Romney has paid at least a little attention to dreaming as a source of guidance and insight in his life.

Interview has been condensed and edited.

While You Were Sleeping

While You Were Sleeping

An art historian and an audio engineer seek to recreate a sound lost for centuries.